A recipe for rowies or butteries

A staple part of any Aberdonian diet, Rowies, also known as Aberdeen Rolls or Butteries, can best be described as a salty flat croissant which is less flaky. Rowies make the perfect breakfast treat or accompaniment to your afternoon cup of tea. They are usually served toasted with either butter or jam but can also be eaten cold with no topping at all.

You’ll find these treats in almost any bakery in the North East of Scotland and beyond, but we have a delicious recipe so that you can make 16 in your own kitchen!

There are a few stories about the origin of rowies, but the one we like best is that they were made for sailors going to sea for long periods of time. The heavy starch content of rowies kept the sailors going!

You’ll find these treats in almost any bakery in the North East of Scotland and beyond, but we have a delicious recipe so that you can make 16 in your own kitchen! 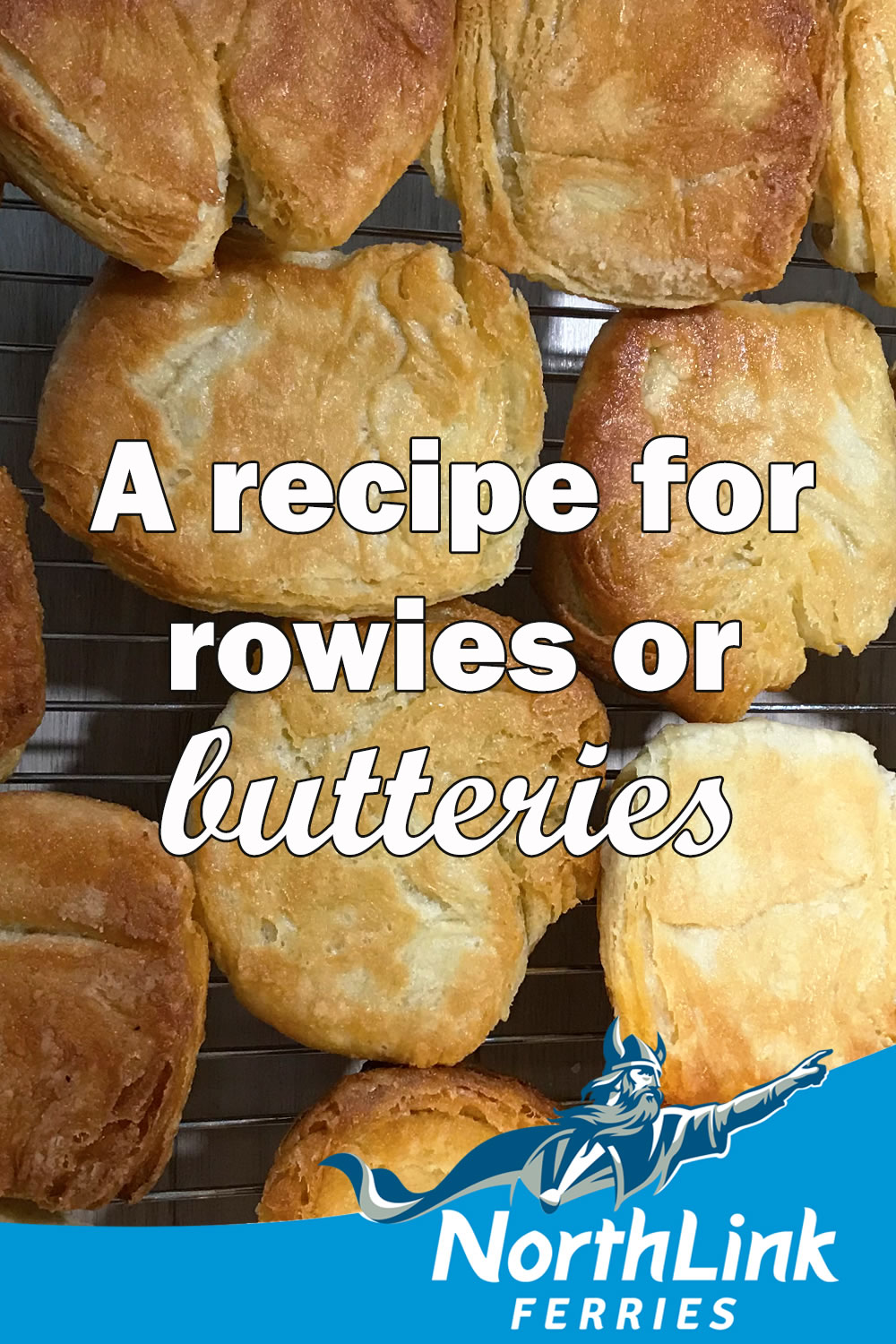