Scapa Flow, which in Old Norse means ‘bay of the long isthmus’ is a large – 312 square kilometres (120 sq mi) – natural harbour sheltered by the Orkney Mainland, and the islands of Graemsay, 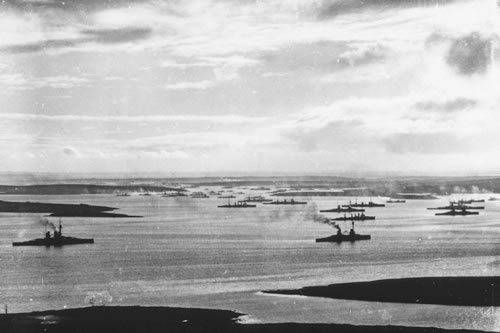 Burray, South Ronaldsay and Hoy.Most of it is shallow, about 30 metres (98 ft) deep, and it is large enough to hold a number of navies. Viking ships anchored in Scapa Flow 1000 years ago and during World War I and World War II, it was the United Kingdom’s chief naval base.

Historically, England’s enemies were France and Spain and so British naval bases were located near the English Channel. However, following the build up of the German Kaiserliche Marine’s High Seas Fleet in 1904, it was decided that a northern base was needed, to control the entrances to the North Sea. Scapa Flow was reinforced with minefields, artillery, block ships and patrol boats. Two submarine attacks were attempted on Scapa Flow in WWI, and both failed.

Following the German defeat in WWI, 74 ships of the German High Seas Fleet were interned at Scapa Flow pending a decision on their future in the peace Treaty of Versailles. 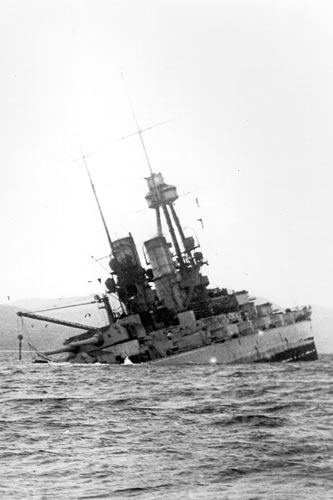 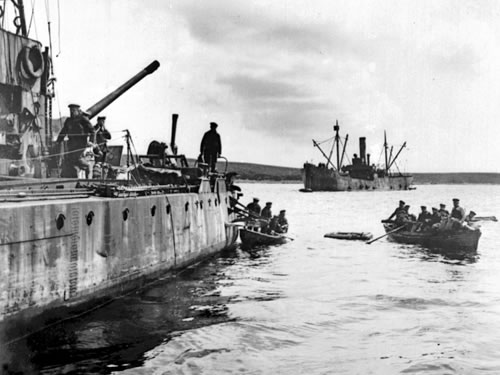 After nine months of waiting and during a period when the bulk of the British fleet were on leave, Rear Admiral Ludwig von Reuter, the German officer in command at Scapa Flow, gave the order to scuttle the ships to prevent their falling into British hands on 21 June 1919. The Royal Navy made desperate efforts to board the ships to prevent the sinkings, but the German crews had spent the idle months preparing for the order, welding bulkhead doors open, laying charges in vulnerable parts of the ships and dropping important keys and tools overboard so valves could not be shut.

The British managed to beach 22 ships, but 52 ships, the vast bulk of the High Seas Fleet was sunk without loss of life. Nine German sailors died when British forces opened fire as they attempted to scuttle their ship, 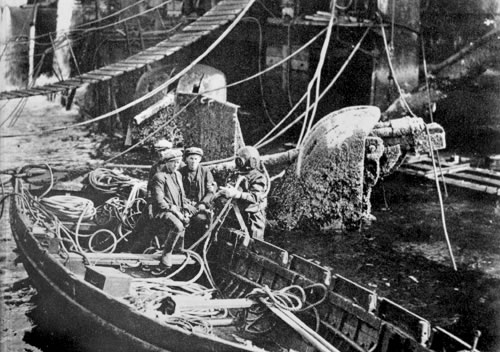 reputedly the last casualties of the First World War.

The salvage operation that followed is often called the greatest maritime salvage operation of all time. The contract went to a wealthy scrap metal merchant Ernest Cox who spent the next 8 years sealing the holes in the wrecks and welding huge steel tubes to the hulls to allow compressed air to be pumped into the ships to raise them. Cox endured terrible bad luck and frequent storms which often ruined his work, swamping and re-sinking ships which had just been raised. Although Cos eventually lost money, he continued on, eventually raising 45 of the 52 scuttled ships.

During WW2, Scapa Flow was again selected as the main British naval base, primarily because of its great distance from German airfields. However, the strong defences built up during WW1 had fallen into disrepair during peacetime, blockships had collapsed and the submarine nets were inadequate. On 14 October 1939 U-47 entered Scapa Flow and torpedoed a 30-foot hole into the Royal Oak which flooded and capsized. Of the 1,400-man crew, 833 were lost.

Following this, and an aerial attack three days later, new blockships were sunk, booms and mines were placed over the main entrances, anti-aircraft batteries were installed at crucial points and 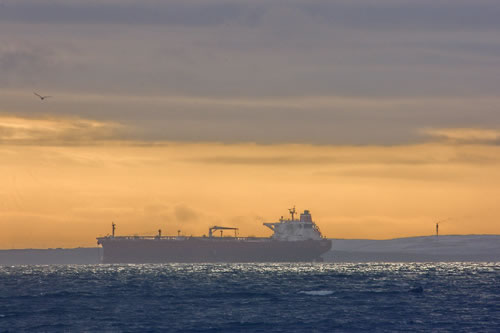 Winston Churchill ordered the contruction of The Churchill Barriers.

In modern times, Scapa Flow is one of the transfer and processing points for North Sea oil. A 30-inch, 128-mile long underwater pipeline brings oil from the Piper oilfield to the Flotta oil terminal. The Claymore and Tartan oil fields also feed into this line. 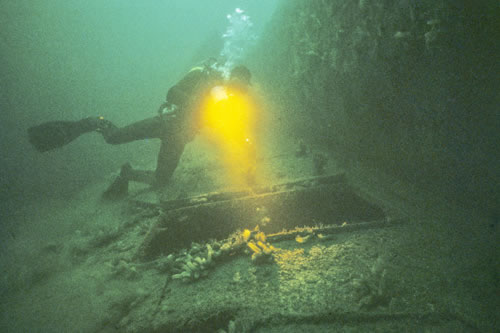 Diving is now popular in Scapa Flow – though some ships such as the Royal Oak are war graves, the wreckage of the remaining seven ships of the German fleet are popular with visiting recreational Scuba divers. Scapa Flow is regularly listed in dive magazines and internet forums among the top dive sites in the UK, Europe and even the world. Though visibility is better in other areas of the world, few other sites which can offer such an abundance of large, historic wrecks lying in close proximity and in shallow, relatively benign diving conditions. 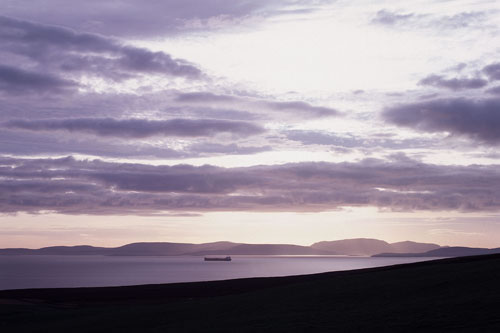 Many dive boats operate out of Stromness and Kirkwall.

When looking out over Scapa Flow, you will see a beautiful, peaceful expanse of water, reflecting lovely sunrises and sunsets. The sight of tranquil Scapa Flow is quite at odds with it’s exciting history!