An adventure at Slains Castle

Slains Castle is nestled upon the rugged clifftops of Aberdeenshire, overlooking dramatic seascapes and Cruden Bay Golf Course; which is one of the oldest courses in Scotland.

This 16th century castle is said to be the inspiration for the novel Dracula. Bram Stoker, Dracula’s author, visited Cruden Bay regularly for 17 years in the late 19th century, and his novel The Mystery of the Sea and other short stories used Cruden Bay as their setting.

Slains Castle is an imposing building surrounded by jagged cliffs and it is easy to see how the Castle’s gothic appearance and dramatic location was an inspiration for Stoker’s most famous novel, which was written in 1895.

“This 16th century castle is said to be the inspiration for the novel Dracula.”

It is said that Stoker came up with the character of Count Dracula during a windswept day at Cruden Bay’s cliffs. He “saw the whole man slowly emerge from the window and began to crawl down the castle wall over that dreadful abyss, face down, with his cloak spreading around him like great wings…” An earlier draft of the novel had Dracula sailing from Transylvania to Cruden Bay.

Slains Castle is even spookier today as it is a ruin on the cliffs. Please bear the dangerous state of the building in mind before you venture there. On the day I visited it was dry and sunny but this isn’t always the case! That said, I would encourage you to visit the castle even when the weather is wintery; it’s much more atmospheric and reminds you of the novel it inspired!

The name of the castle comes from the parish name. The parish of Slains contains the Sands of Forvie, the farmlands of Slains, the Moss of Lochlundie, and the coastline and village of Collieston.

There was previously an Old Slains Castle near Collieston (the remains are pictured above.) This was built around 1200 as a fortress but was personally blown up in 1594 by King James IV after the owner of the castle, the 9th Earl of Erroll, backed a plot against him!

When the Earl of Erroll was forgiven in 1597 he built a new castle around the towerhouse at Bowness Castle. This is the current building and explains why the building is sometimes referred to as new Slains Castle. The cliffs, including an abyss to the west, provided the castle with great defences. In 1664 the castle was extended further. Then, in 1838, Slains Castle was rebuilt as a Scots Baronial mansion and faced with granite by William George Hay the 18th Earl of Erroll. This remodelling took place under the eye of Aberdeen architect John Smith.

In 1916 the 20th Earl of Erroll, Charles Gore Hay sold the Castle and it’s contents to Sir John Ellerman, the shipping magnate. This ended 300 years of the Earls of Erroll staying at Slains. The surrounding estate and farmland were not productive enough to support the castle, especially after a period of agricultural depression and after death duties (inheritance tax) were introduced.

In 1925 the Castle was abandoned and the roof was removed to avoid paying taxes. Valuable dressed stone was also taken away and the castle has been deteriorating ever since. It is now quite a surprise to see old photos of how grand Slains Castle used to look. However there are modern-day plans to convert the castle and grounds into 35 apartments.

To find the Slains Castle, follow signs for Cruden Bay. This picturesque village is 26 miles north of Aberdeen and has a lovely harbour and beach well worth exploring. Once you arrive in Cruden Bay, Slains Castle is signposted and there are two options for where to leave your car. You can turn down Main Street (opposite the Kilmarnock Arms Hotel) and park by the church. This is the bottom of the coastal trail and there’s a lovely (¾ mile) walk up to the Castle. Alternatively you can drive right up to Slains Castle and park outside it.

Of all the castles in Aberdeenshire and the North East of Scotland, Slains is by far my favourite. Its impressive architecture is still clearly visible today as you roam the castle grounds; and you can climb upstairs to the lookout and downstairs to the basement.

There was once marble steps, fourteen bedrooms, tennis and croquet lawns, stables, a walled garden, a kitchen with firepits and seven main reception rooms! As I walked through the castle I wondered about which room I was in and who might have stayed in it in the past.

Slains Castle is free to enter and the views are incredible; I hope you visit soon! 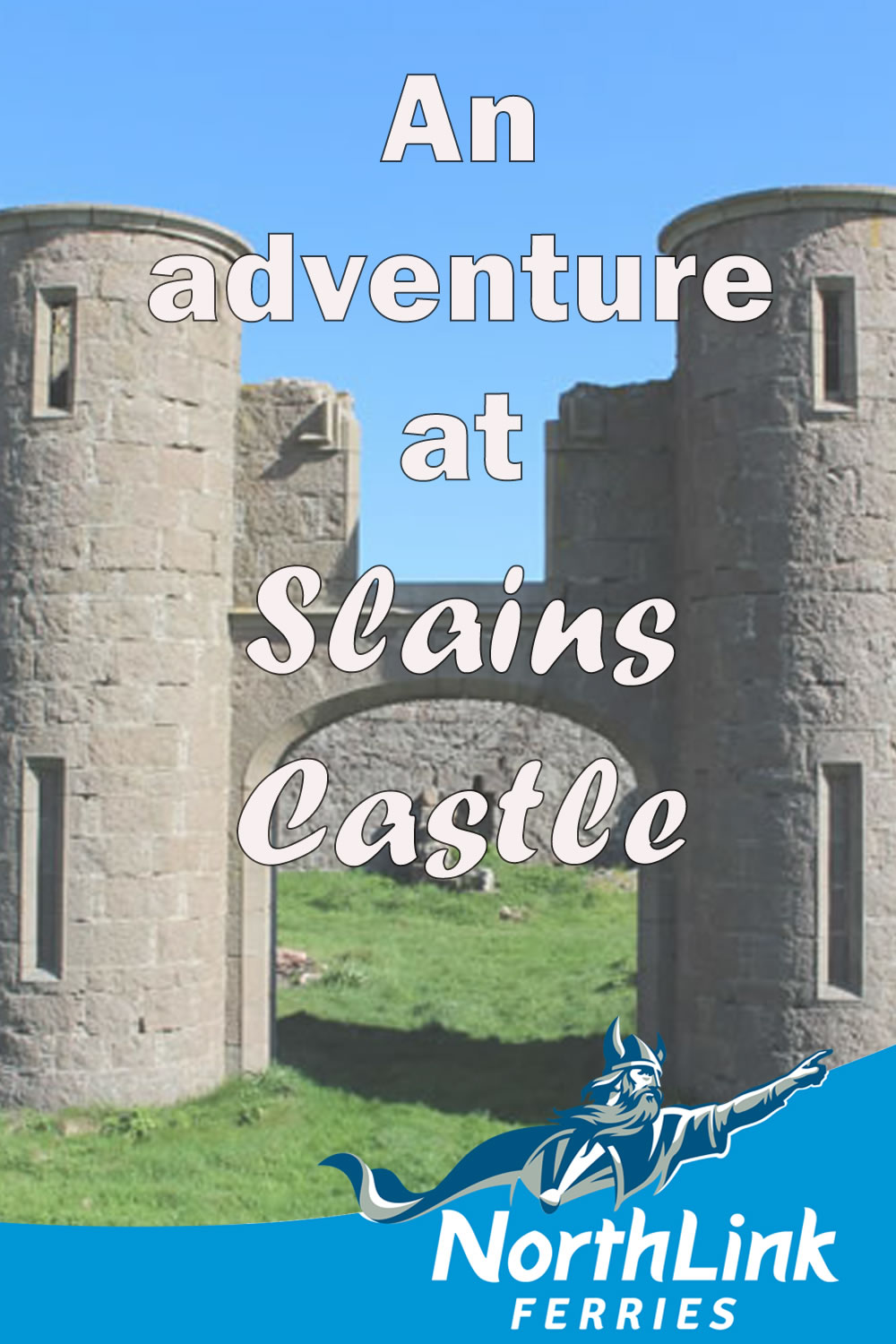