Mungo Finlayson is the organiser to two great beer festivals in the North East of Scotland – the Banchory Beer Festival and the Inverurie Beer Festival. 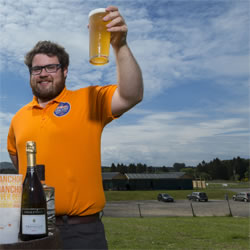 We were delighted when Mungo agreed to answer our questions about what to expect when attending these great events!

Bringing gin and prosecco into the Festival has only made things better – as there’s now something for everyone.

Q. For the uninitiated, what happens at a Beer Festival?
A. It may seem obvious, but lots of people come to enjoy drinking interesting beers that we have brought to the area, some of which haven’t been seen before. However, we at the Banchory Beer Festival have made it that little bit different to others on the beer festival scene as we have introduced gin, cider, prosecco and Scotland’s first rum to our bars. Along with all of these great drinks we also have great live music and a range of specialist food vendors.

Q. Where and when is the upcoming Banchory Beer Festival and how do I acquire tickets? Also how do visitors get there?
A. Our next beer festival is the Banchory Beer Festival Summer Festival, which is held on the second weekend of August – from Friday 12th to Sunday 14th August on the Deeside Rugby Club pitches – just near Tesco as you come into Banchory. Tickets can be purchased on our website at: www.banchorybeerfestival.com

The best way to get there, if you want to enjoy yourself to the fullest, is use some form of public transport. We are working in connection with Stagecoach Buses which travel from Aberdeen (about a 45 minute journey) and from the Ballater / Braemar direction. It’s the best way as the bus stop is only 200 metres away. It’s 200 metres from bus to beer!

Q. What breweries will be presenting beers and are there any special beers to watch out for?
A. We are still in the process of researching what beers we will be bringing to the festival this Summer. However, each summer we aim to have around 30 different beers from various breweries nationwide. One special beer to look out for is the festival brew that we do each year in conjunction with Alechemy Brewery in Livingston. It will be a one off that will only be available at our festivals. The one that we brewed last year was very popular so we hope this year’s festival brew is also a success. The beer style this year is a white IPA using South Pacific hops.

Q. How do I go about sampling beers at the Banchory Beer Festival?
A. For quicker service there is one main point in the festival area where you can buy tokens. You can then exchange a token for pints. If someone isn’t sure whether they’ll like the beer, we always let them have a taste before they go for a full or half pint!

Q. Does the ticket to get into the Banchory Beer Festival include tokens?
A. It includes a festival programme, 2 tokens and a festival cup.

Q. Do you have a favourite ale in particular, Mungo?
A. Over the last few years I have become more of a gin drinker myself, but if we were to name a favourite beer I would find it hard to decide between Alechemy’s EH54 or Ishmael from Up Front Brewing. Both should be available at the Banchory Beer Festival.

Q. Which live bands will be playing?
A. We are stepping it up this year with the bands – there are some great bands to look out for. The Mad Ferret Band, that’s one of the Banchory Beer Festival team’s favourite bands will be playing! Also taking to the stage will be Skipinnish, Bella and the Bear, True Gents, Junebug, Joni Fuller and Iona Fyvie.

Q. What other activities will be taking place at the Banchory Beer Festival?
A. During Friday and Saturday the main activity is socialising with other Banchory Beer Festival fans. We also have three food vendors on site serving up some brilliant fresh food that include Freshmex, Bay Fish and Chips and Chompski. The Sunday is a family friendly day and there are free activities for kids, including face-painting, bouncy castles, rugby activities, a ball pit, and a magician!

Q. What has been your favourite moment from the Banchory or Inverurie Beer Festival?
A. There have been lots of great moments but the Banchory Beer Festival last summer was special. The Mad Ferret Band were playing on Saturday night and it was great to see lots of Banchory faces enjoying themselves together at the festival. At the Inverurie Beer Festival in Thainston we had a bucking bronco and people couldn’t get enough of it! It was a great little addition to the festival. As we expand we hope to have plenty more great moments.

Q. What’s the best comment you’ve heard about the Banchory Beer Festival or the Inverurie Beer Festival?
A. On our feedback forms a lot of folk say the worst part of the festival is going home! Directly after the event we always receive great Facebook messages inquiring when the next one is. I think both festivals have a real following and we would like to continue to grow and improve them with the help of the community and their feedback.

Q. What do you think makes the Banchory Beer festival and the Inverurie Beer Festival special?
A. I think somehow we have created a very relaxed atmosphere for people to come and enjoy a range of unique drinks that they wouldn’t usually drink in local bars. Bringing the gins and the prosecco into the Festival has only made things better – as there’s now something for everyone. The introduction of our family-friendly Sunday has been a real hit with the community as there are lots of activities for people’s children to enjoy, completely free of charge. It’s more than just a beer festival – I think our mix of drinks, music, food and fun just makes everyone happy. 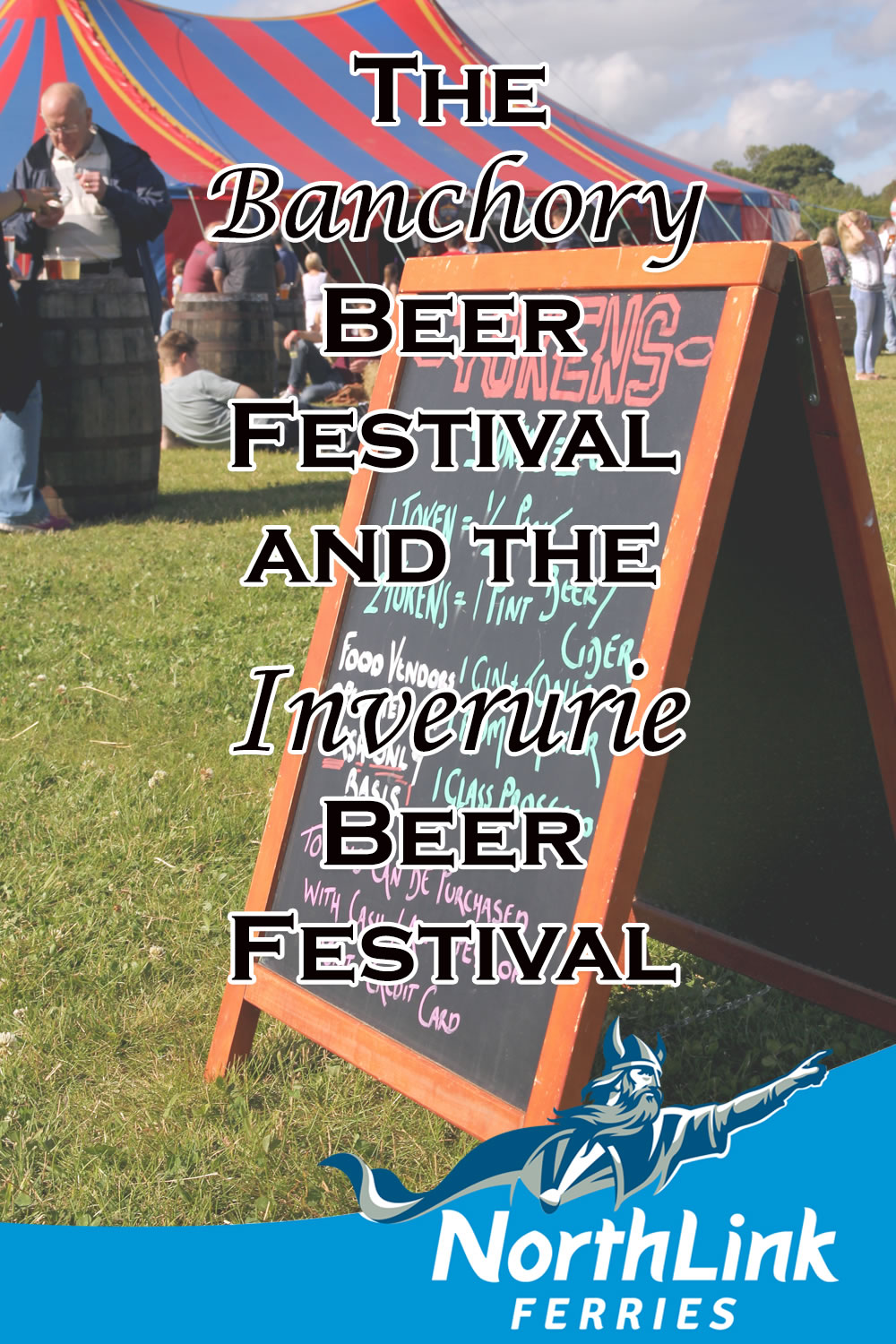