Aberdeen: The City of Performances and events

Aberdeen is a great city to visit to see musical, theatrical and comedic performances. The city hosts various concerts and events throughout the year and attracts acts from across the globe.

His Majesty’s Theatre opened in 1906 and seats more than 1,400, making it the largest theatre in the north east of Scotland.

The four main venues for performances are the P&J Live arena at TECA (The Event Complex Aberdeen), His Majesty’s Theatre, the Lemon Tree and the Tivoli – read on to find out more!

P&J Live is the largest event venue in the North of Scotland located on the outskirts of Aberdeen in Bucksburn – close to Aberdeen International Airport. Since opening in August 2019, this incredible arena has hosted many incredible performances including Liam Gallagher, Steps, Rod Stewart, The Script and Lewis Capaldi – with both Justin Bieber and Elton John due to perform here in 2023. Other stand out events which have taken place here include the BBC Sports Personality of the Year Awards in 2019, Comic Con and Disney on Ice. The event complex is also comprised of two onsite hotels – perfect for those attending an event here. P&J Live also has parking available for a small fee and has great public transport connections.

Visit https://www.pandjlive.com/ to find out what’s on and coming soon to Aberdeen.

His Majesty’s Theatre opened in 1906 and seats more than 1,400, making it the largest theatre in the north east of Scotland. This venue regularly hosts performances from famous names such as Billy Connolly and West End Shows such as Dirty Dancing, Six and Joseph and the Amazing Technicolor Dreamcoat. The Theatre is ideally located in the centre of Aberdeen City and is only a short walk from Belmont Street and the Bon Accord Shopping Centre. His Majesty’s Theatre’s prime location means you can shop all day, have something to eat in one of the nearby restaurants, and then head to the theatre to catch a performance in the evening!

Visit https://www.aberdeenperformingarts.com/his-majestys-theatre/ to find out what’s on and coming soon to His Majesty’s Theatre.

Visit https://www.aberdeenperformingarts.com/lemon-tree/ to find out what’s on and coming soon to The Lemon Tree.

The Tivoli Theatre was recently re-opened in October 2013 after sitting empty for many years. The Christmas of 2013 saw the first pantomime performance at the theatre in 50 years. This second theatre to Aberdeen is a true variety venue and a great asset to the city. The venue has always been popular amongst Scottish acts – it is where Harry Lauder and Andy Stewart took to the stage. The Tivoli is situated directly across from Union Square shopping centre.

Visit http://www.thetivolitheatre.com/ to find out what’s on and coming soon to The Tivoli Theatre.

Another arts venue in Aberdeen is the Aberdeen Arts Centre which is located on King Street. Here you can expect to see performances from smaller amateur dramatic companies. ACT Aberdeen also hosts drama workshops and a popular Pantomime every Christmas.

Visit https://www.aberdeenartscentre.com/ to find out what’s on and coming soon to Aberdeen Arts Centre.

If you are in Aberdeen we’re sure that you’ll find a performance that takes your fancy. From rock and pop concerts, to West End Shows, children’s performances, gigs, and comedy acts, Aberdeen really is a city of performances. 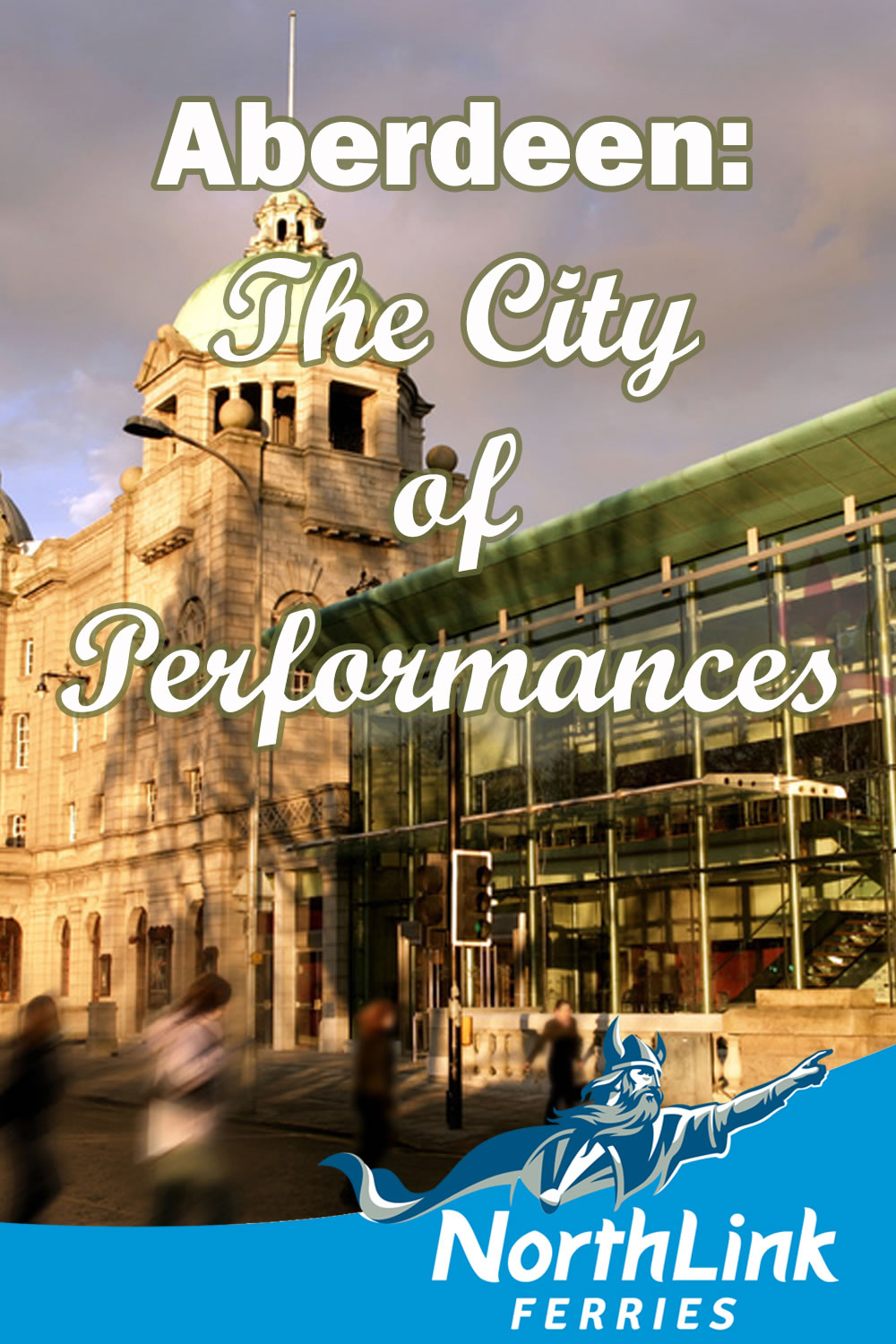 The best walks in and around Aberdeen

One of the finest ways to experience the beauty of Aberdeenshire is by walking and there are countless beautiful and distinctive locations to visit. We hope you enjoy reading about our suggestions on the best walks in and around Aberdeen.

Top 10 golf courses in and around Aberdeen

Aberdeen and Aberdeenshire are scattered with fifty-five golf courses – enough to play at least one new course every week of the year! As you are spoilt for choice, we have compiled a list for you to play when visiting Aberdeen.