A Trip to Castle Sinclair Girnigoe

We recently visited Castle Sinclair Girnigoe, located outside Wick, and can’t recommend it enough. There’s a great walk to the Castle, which is located precariously on a cliff edge, and the scenery here is spectacular. What we were most surprised about was that, despite the Castle’s cliff-side location, it is a safe place to take older children as the dangerous parts are fenced-off.

The history of Castle Sinclair Girnigoe is fascinating. The building sits on a peninsular, surrounded on nearly every side by the sea, which places it in a strong defensive position. There is evidence that the area was occupied by Neolithic people, probably for the same defensive reasons.

The Sinclair family invested a vast sum of money in the Castle as it was a symbol of their power! In the heyday of the Castle, it consisted of many buildings surrounding two courtyards, a substantial tower house and a drawbridge. Stone was excavated from the peninsular, cutting out a dry moat and enclosing the castle on a parcel of land.

A particularly gruesome story comes from 1577, when George Sinclair, the 4th Earl of Caithness imprisoned his own son John, Master of Caithness in the Castle. The Earl believed his son had rebelled against his rule. John was held for seven years, and was finally fed a diet of salted beef with nothing to drink. John eventually died insane from thirst!

As time drew on and attitudes changed, so did the castle. The Renaissance period in the early 1600’s meant that strong defence wasn’t needed any more and Castle Sinclair Girnigoe was transformed into a grand mansion. It had large leaded windows, a chapel and banqueting chamber. The principle rooms were luxuriously appointed, and there was a great hall, a bakehouse, chambers, a chapel, a well and lodging for workers.

Castle Sinclair Girnigoe’s decline came about when George, the 6th Earl sold the Castle and the family estate to Sir John Campbell of Glenorchy, his fourth cousin. George had crippling debts to settle, due to the large amount of money that he and the Earl before him had been spent on all their castles.

George spent most of his time at his new house in Thurso, rather than at the Castle, however it was agreed that George would control the property until his death. Matters were not helped however when, in 1651 the Castle was seized by Cromwell and used as his major stronghold in the north for nine years. The condition of the castle suffered greatly during this time.

The dispute between Sinclair and Campbell of Glenorchy, resulted in the last clan battle at Altimarlach near Wick and the Campbells were victorious. In the end George Sinclair was granted the title of Earl of Caithness, but John Campbell was the rightful owner of the land. Around 1700, the wrecked castle was passed to the Dunbar family but it was never repaired, and since then many stones have been removed from the site.

In recent years the impact of high winds and erosion of the surrounding cliffs by the sea have threatened to destroy the last parts of the Castle. A charity was formed, called the Clan Sinclair Trust, to reverse the damage, and they’ve been doing a magnificent job. Much of the ruin has been repaired, and there is evidence that the work continues. The different buildings are beautifully labelled and explained. There’s also now a solid new footbridge, built in 2008, which allows easier access to the castle and is located where the original drawbridge once was. 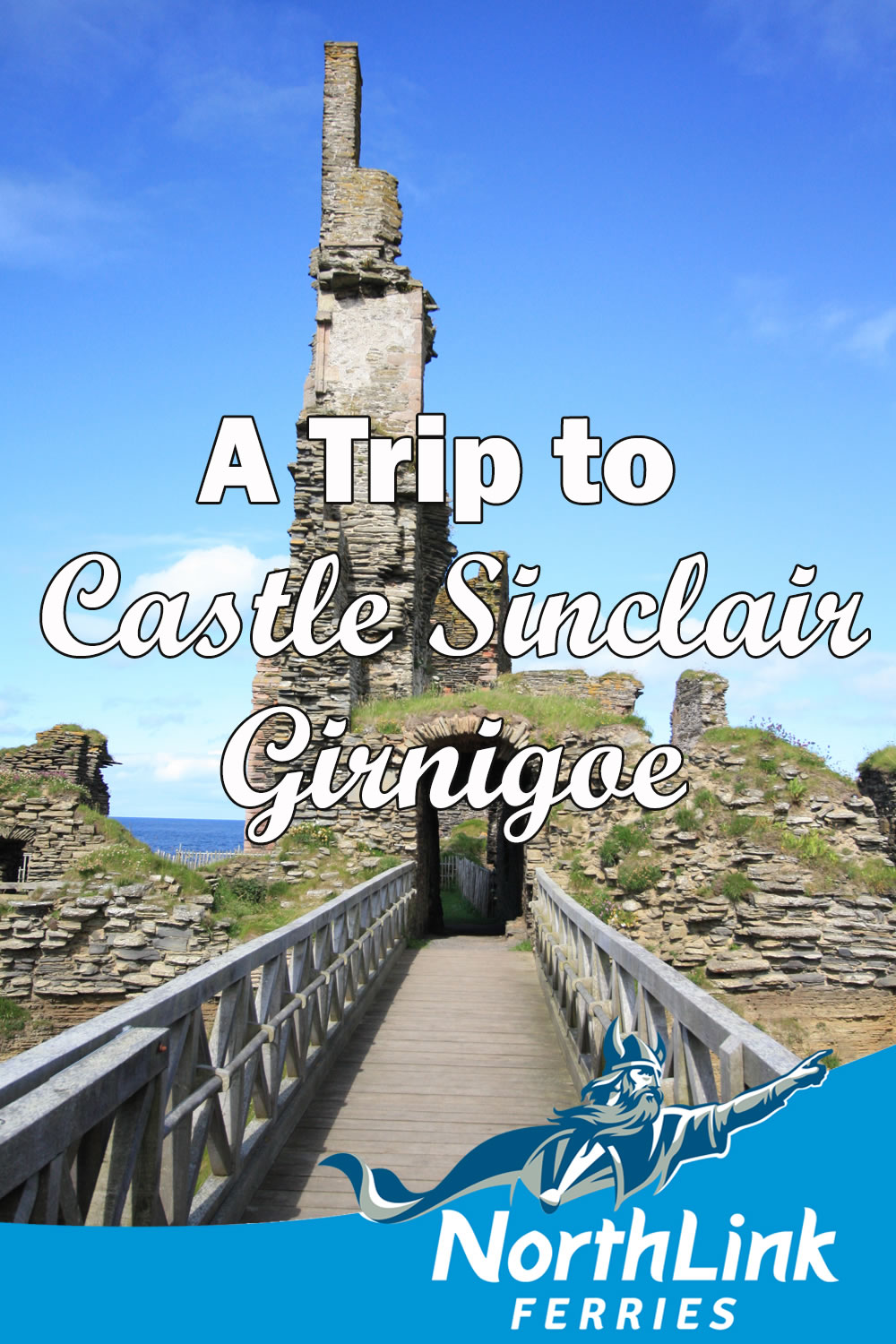