Ten things to do around Inverness

1. Visit a battlefield – Culloden Battlefield has now been restored to how it appeared on 16th April 1746, when the ferocious European war came to Scotland, dividing families and setting clan against clan. On that day, the Jacobite army fought to reclaim the throne of Britain from the Hanoverians for a Stuart king. However, they were defeated by a British army equally determined to stop this happening. Culloden has a new visitors centre with a battle table, guides and films which help to bring the battlefield to life, as well as a shop and large restaurant.

2. Enjoy some Retail Therapy – Inverness is a great city in which to shop – in the centre of the city is the Eastgate shopping centre, which has plenty of parking spaces. Branching off from Eastgate is the pedestrianised High Street which is always bustling with activity. Inverness has a unique blend of small Scottish shops alongside the bigger high street names – in all there are over 500 shops to explore. Amongst these gems is Leakey’s – Scotland’s largest second-hand bookshop! On the outskirts of Inverness you will find the Inverness Business and Shopping Park which has shops, services and a seven-screen cinema. There is also a smaller retail park at Inshes on the southern edge of the city and the Telford Retail Park to the west of the river.

3. Spot a monster in Loch Ness – Approximately 7 miles from Inverness is Loch Ness, the largest body of fresh water in Britain, which holds more water than all the lakes and reservoirs in England and Wales put together. The road to Loch Ness offers you a great chance to see some Highland countryside. However, it is likely that all eyes will be trained on the loch, to catch a glimpse of the elusive monster, first spotted by St Columba in 565AD and made world famous in 1933 following the publication of photos in newspapers the world over.

“Approximately 7 miles from Inverness is Loch Ness, the largest body of fresh water in Britain, which holds more water than all the lakes and reservoirs in England and Wales put together”

4. Explore Scottish history – situated in the centre of the city, the Inverness Museum was refurbished in 2007 and offers visitors the chance to learn about the people, past, environment and traditions of the Highlands. TheArt Gallery hosts a varied programme of fine art and craft exhibitions and the Discovery Centre allows visitors a more hands on approach – get face to face with a pine marten, unlock a medieval chest and scratch a badger’s belly! Across the river from the city centre is Inverness Cathedral – an imposing and historic pink sandstone building well worth a visit.

5. Watch a Dolphin – Chanonry Point, at the end of Chanonry Ness on Black Isle, is one of the best places in the UK to view Bottlenose dolphin from the land, particularly on an incoming tide when they fish in the strong currents. Pods of dolphins, heading for the inner waters of the Firth, have to pass through this narrow channel – and thus they can be seen regularly! Other wildlife, including porpoise grey seals and otters can also be spotted. Chanonry Point is 14 miles from Inverness.

6. Walk to the Castle and Islands – As Inverness is a reasonably small city many of the attractions within can be reached by walking. The Inverness Castle (thought to be the inspiration for Macbeth’s castle) is a short walk from the city centre – though the castle is not open to the public, the grounds overlooking the River Ness is. If you walk along the banks of the River Ness, towards the Caledonian Canal, you will find Ness Islands, a tranquil forest and natural park with wildlife. By crossing pedestrian bridges you will pass Whin Island (which has a large playground and a miniature train), Bught Park (venue for the Highland Games) and the Floral Hall (asub-tropical horticultural hall.) Not far from here is Inverness ice rink and Inverness Leisure Centre, which has sports facilities, a soft play area, a competition and leisure pool, flumes and a toddler pool for babies and small children.

7. View salmon leaping upstream – The Falls of Shin Visitor Centre is one of the best places in Scotland to see the stunning sight of Atlantic Salmon battling upstream to return to their place of birth and spawn the next generation. From a well-maintained viewing platform (only 100m from the car park) you can view the Salmon leaping up the waterfall from the end of April through to the end of November. The Falls of Shin also has a restaurant, shop, children’s play area and events the year round.

8. Make a wish – At the Munlochy Clootie Well on the Black Isle wishes are granted by leaving a ‘cloot’ or cloth. According to ancient tradition, visitors came here with an offering to heal the sick. They brought a ‘cloot’ from the invalid, in the belief that leaving it at the well would also leave the illness behind. These days, tied to the trees, you will find rags, cloths, socks, dresses, t-shirts and even pants. When reading some of the wishes, a quiet moment of contemplation may be required before heading back out to the real world again.

10. Sit in the cockpit of a fighter jet – The Highland Aviation Museum, situated next to Inverness Airport, seven miles from Inverness, has a fascinating display of aviation heritage of the area (including an ejector seat!) The museum also boasts a lawnful of parked aircraft and nose sections and the sitting in and exploring of cockpits and cabins is actively encouraged. A great place for the kids – the museum is open on Saturdays and Sundays from April to November. 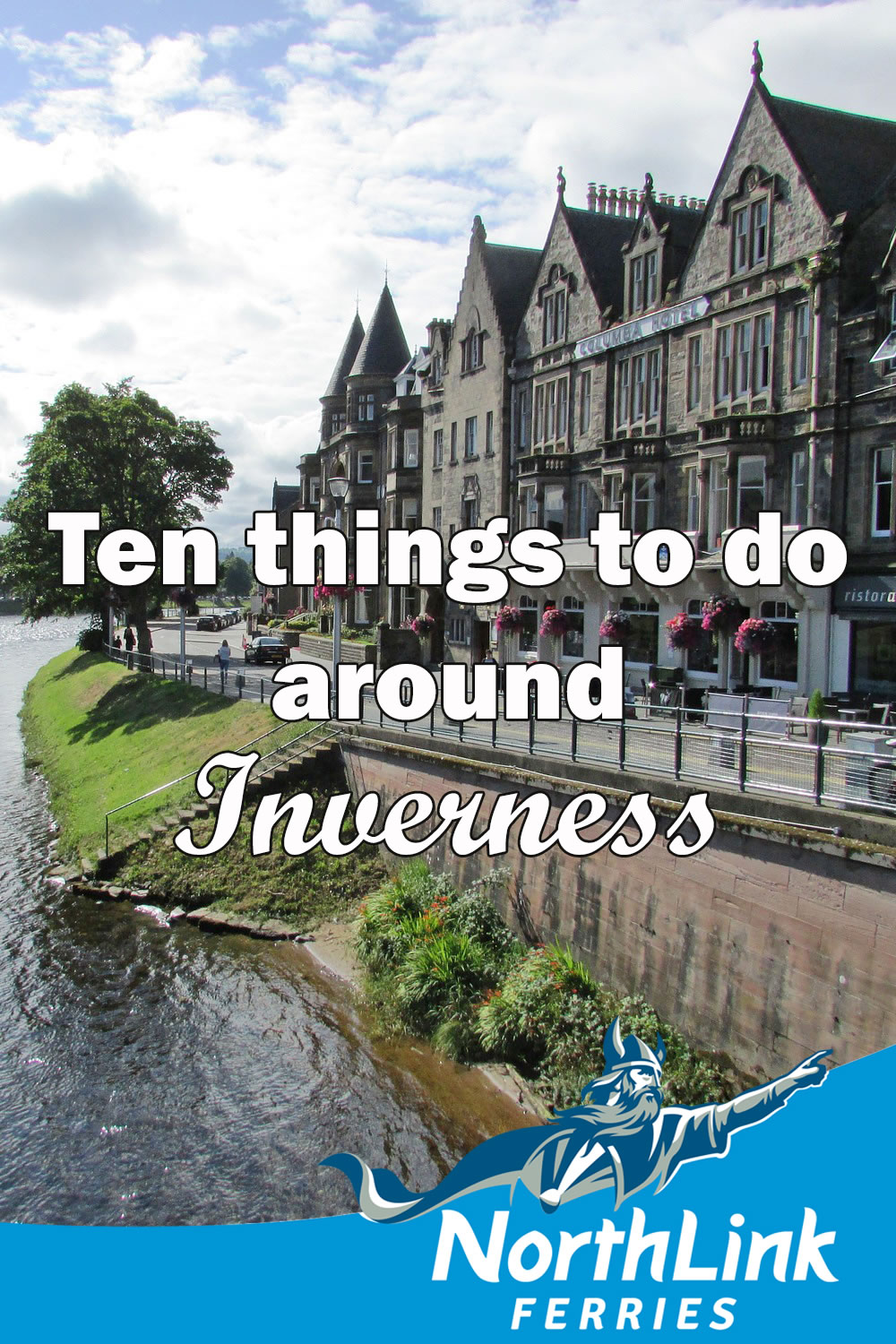