A walk at Marwick

A great place to visit in Orkney whatever the weather is Marwick in the West Mainland. Marwick (meaning ‘shallow bay’ in Old Norse) sits between the Bay of Skaill and the Brough of Birsay and there are three great reasons to journey here.

Marwick Bay can be reached by taking the B9056 from Quoyloo to Birsay and then by turning left down the signposted road to the beach and car park.

The fishermen’s huts at Sand Geo

From the car park at Marwick Bay there is a gentle coastal walk south to the fishermen’s huts. After half a mile you will find a small cove – Sand Geo – which descends into the sea on a slope littered with lovely round grey pebbles.

To the north of Marwick Bay, a green hillside rises to the seabird cliff of Marwick Head, and perched on top of here is Kitchener’s Memorial, a stone tower shaped like a chess piece, erected in memory of Lord Kitchener and the men of HMS Hampshire. 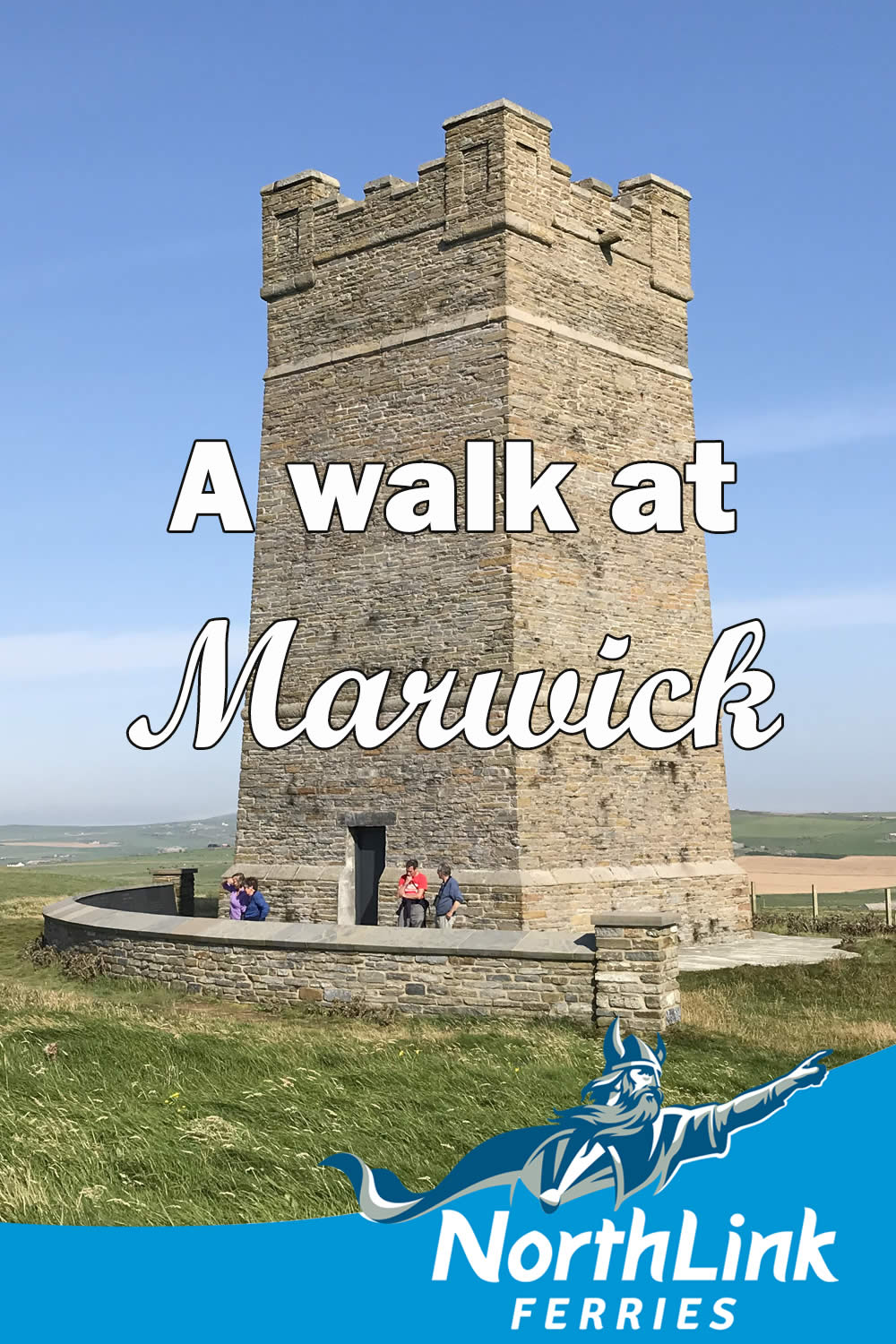