A few hundred years ago, long before the wireless or televisions were invented, folk tales like the Mermaid Bride were told around the peat fire in Orkney. We hope you enjoy this traditional tale, retold in celebration of Scotland’s Year of Stories.

He pleaded with her to come and live on land with him and be his bride. She refused, saying that she couldn’t stand to live on land, but if he came with her to her home under the sea, then he would become an important and rich man.

Johnny Croy was from the island of Sanday and was a handsome, strong young man. One day, as he was walking along the shore, he heard the most beautiful sound. It was a melody on the breeze, a beautiful song that filled his senses. He was drawn to the song, entranced by the beauty of it. What he saw nearly drove him out of his mind. The song came from a mermaid, who was sitting on a rock, combing her long, golden hair with a comb of gold.

Johnny fell in love with her in a heartbeat, but he didn’t know what to do. She hadn’t seen him coming, so he got down among the rocks and crawled towards her as quiet as a cat. When he got near her he sprang forward and kissed her – he didn’t know what else to do. She sat, stunned for a moment, and then she smacked him with her tail, which sent him flying. She then opened her tail, which was in fact a petticoat, and ran to the sea on milk-white feet.

When Johnny came to his senses he saw the mermaid was in the sea, but was staring at him with a look that flashed from hate to love. He had kissed her without her permission, which made her angry, but she had also fallen in love with this handsome man.

It was then that the sun glinted on something among the seaweed. It was the mermaid’s golden comb. Johnny picked it up, thanking the mermaid for giving him a love token. The mermaid’s face turned to a look of distress, and she begged him to return the comb to her, but he refused.

He pleaded with her to come and live on land with him and be his bride. She refused, saying that she couldn’t stand to live on land, but if he came with her to her home under the sea, then he would become an important and rich man.

They argued for a while, but eventually they were disturbed by other people on the shore. The mermaid swam away, weeping for her lost comb.

Johnny couldn’t eat or sleep for thinking about the mermaid. One night, when he had drifted off into a fitful sleep, he heard the familiar song of the mermaid in his room. There she sat on the end of his bed. She once again promised him riches if he lived under the sea with her, but he refused. She then said that she’d live with him on land for seven years, but after that time he was to go with her, and everything that she owned, and visit her family under the sea. Johnny agreed and they were married.

Time passed and they had seven children, the bonniest bairns in all of Orkney. After seven years a boat arrived to carry them away.

The baby was in the care of Johnny’s mother, but the night before they were due to leave she bent a wire into the shape of a cross and heated it over the fire. She branded the child on the backside with the mark of the cross.

The next day, when the mermaid tried to lift the baby, a burning pain shot up her arm and she cried out in pain. The child was marked with the cross and she had no power over it. She left in tears, saying that her boy must live and die among mortal folk.

Johnny, his mermaid bride and their six eldest children sailed away and were never seen again.

With grateful thanks to Ellen Forkin for her Mermaid Bride illustration. 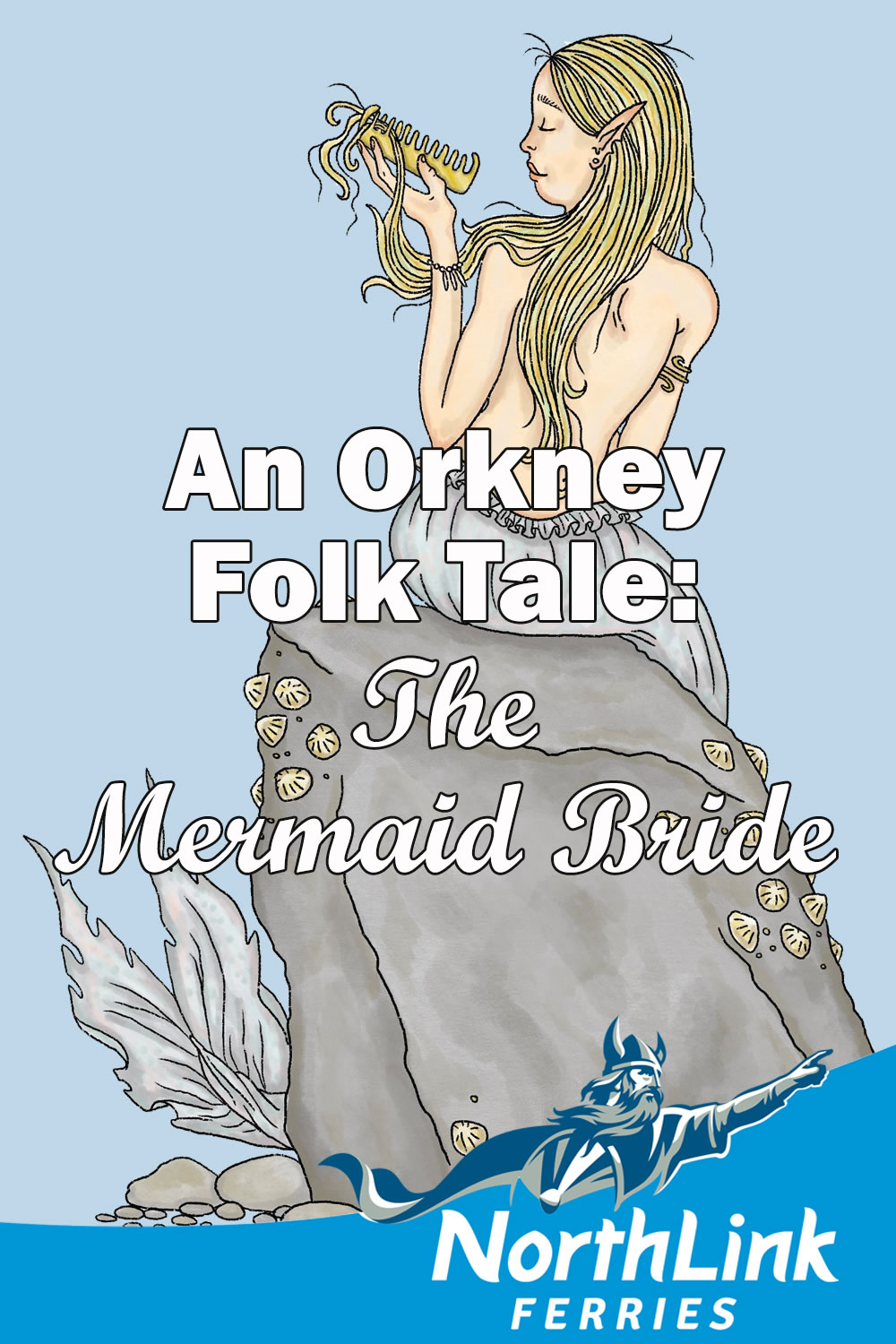 If you're staying in Orkney for a few extra days, or if this is your second visit, then we've compiled a new list of 10 hidden gems in Orkney to see. We also hope Islanders might use this list on a weekend to see some brilliant places, perhaps for the first time!