This variation of a traditional Scottish dish, also known as a ‘plum pudding’ or ‘duff’, which is usually made in a cloth and simmered for around 4 hours in a pot. Traditionally associated with Christmas and New Year, I have great memories of my granny making one for any big occasion.

Dark brown sugar and treacle give the traditional dark colour of the dumpling, but if you don’t have them in the cupboard, using a lighter sugar or leaving out the treacle will still give you a good taste.

But this recipe gives you a tasty dumpling in just 30 minutes, and the best thing is that it can be adapted depending what ingredients you have in your cupboard.

Dark brown sugar and treacle give the traditional dark colour of the dumpling, but if you don’t have them in the cupboard, using a lighter sugar or leaving out the treacle will still give you a good taste. The addition of the grated apple will prevent it from drying out during cooking to keep the texture moist much like the traditional boiled version, but again, if you leave it out you will still have a nice dumpling.

In Orkney, Clootie Dumplings would traditionally be made with a mix of raisins and sultanas, however more generic Scottish recipes include mixed fruit, so you can add the dried fruits to your taste.

By Cheryl Kelday
Orkney born and bred. Enjoys socialising from spending time in Shetland for events and catching up with friends; playing tenor drum in the Kirkwall City pipe band; cooking and baking for folk; or playing netball with her team mates in her spare time. 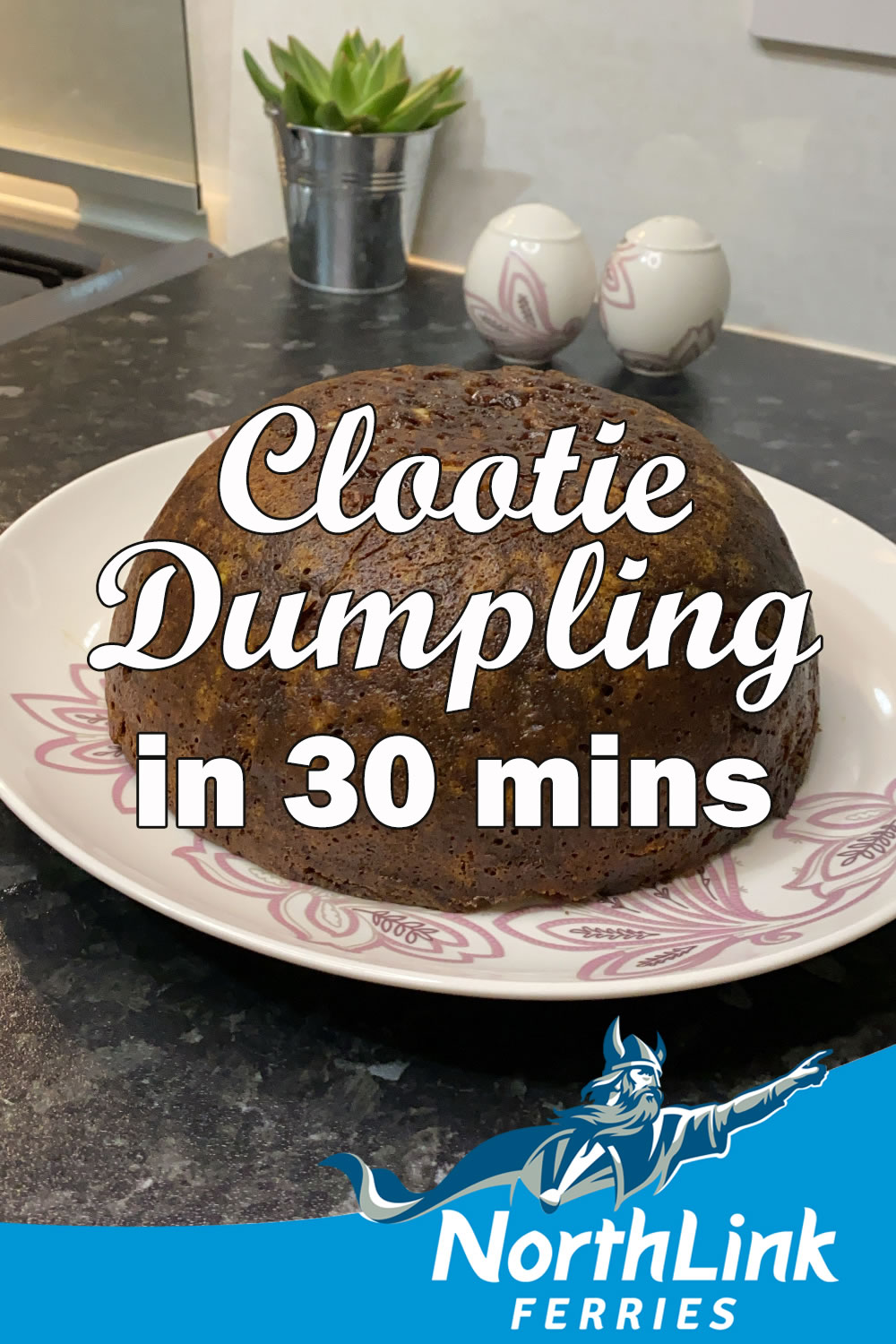