Inside the North Ronaldsay Bird Observatory

Q. Can you tell us a little about the North Ronaldsay Bird Observatory?
A. The North Ronaldsay Bird Observatory is a centre for recording bird migration and it also provides accommodation on the island. It’s one of a chain of 19 bird observatories around the coast of Britain which record migration through the seasons, offers training for ringers and provides information for visitors.

Q. How did you first start working in the North Ronaldsay Bird Observatory, Alison?
A. I came here on holiday in September 1987. My friends and I heard Kevin Woodbridge give a talk about the Observatory – it was just starting out then – and we thought that it sounded like a good place to visit. We came up for a couple of weeks and I ended up staying!

“Spring and Autumn is the best time of year to visit to see birds. There are birds migrating all though Spring, but May is a particularly good time. At that time of the year you see all the breeding birds in quite smart plumage.”

Q. Why is North Ronaldsay such a great island for seeing birds?
A. North Ronaldsay is on the north-east corner of Orkney, right at the end of a chain of islands and that tends to concentrate birds. It is the last landfall between Orkney and Shetland, and for birds travelling north to breed in Scandinavia or Greenland it is the last landfall before the next hop. It’s also a great island to see birds because it’s quite a small island and that tends to concentrate the birds. If they landed on a bigger bit of coast they would spread out and be harder to see.

Q. What common birds would I expect to see in North Ronaldsay?
A. We have all the common breeding ducks, waders and sea birds you get in Orkney; fulmars, tysties, arctic terns. We also get lots of common migrants coming through – all sorts of birds, birds of prey, passerines; wheatears, warblers, thrushes, finches.

Q. Can you tell us about any rare visitors?
A. Every year we get quite a few migrants which are scarce in Britain such as Common Rosefinch, Icterine Warblers, Bluethroat, Red-backed Shrike – these come up every year. We also get birds that we don’t see every year – this spring we had a Thrush Nightingale – they are quite uncommon.

This Autumn we had a Sykes’s warbler which is only the 20th record for Britain so we were quite excited about that! It’s just a small brown bird, it doesn’t look very special but we were pleased because they turn up so rarely.

Last year we had a Northern Harrier which is similar to a Hen Harrier, but it’s the one that occurs in North America and very few are seen in Britain. It’s even rarer than the Sykes’s warbler!

Q. What is the best time of year to visit to see birds?
A. Spring and Autumn. There are birds migrating all though Spring, but May is a particularly good time. At that time of the year you see all the breeding birds in quite smart plumage. In Autumn, September is one of the best times to visit.

Q. Where are the best places to see birds in North Ronaldsay?
A. Birds can turn up anywhere and the whole island is crofting land. If it’s windy, birds will shelter behind dykes or in little bushes. On the shore, on the cliffs – you can see birds almost anywhere. There are several water bodies on the island which are always worth having a look at. It all depends what birds are feeding on – for instance some birds like to feed on insects in the grass.

Q. What other wildlife can I expect to see on the island?
A. There’s the North Ronaldsay sheep of course, they live on the shore eating seaweed. We also see cetaceans quite regularly such as Risso’s dolphins, porpoises and we also sometimes get Orcas.

Common seals and Grey seals can be seen on the beaches and they are very popular with visitors. They are quite approachable as they don’t get disturbed here!

Q. What does ringing involve and how do you catch birds at the North Ronaldsay Bird Observatory?
A. Ringing involves putting a small metal ring with an individual number on the bird’s leg. Then, if someone else catches it later we can find out where the bird goes to and how often. The data can also be used for population monitoring by comparing the ratio of adults to juveniles.

We catch birds in mist nets here which are fine nets that are supposed to look like mist. The birds aren’t supposed to see these but I suspect some of them do! We also have funnelled shaped traps with wire mesh called Heligoland traps that were first developed at the Heligoland Bird Observatory off the north coast of Germany.

Q. I presume these traps are painless for the birds?
A. Yes, there wouldn’t be any point in doing it if trapping affected the wild birds or changed their behaviour in any way. We catch them for a brief time, fit the ring, take some measurements, we age and sex the birds if possible, and then we let them go. We send the information online to the British Trust for Ornithology who run the ringing scheme in Britain. Then, should someone else find one of our birds they can find out where and when it was ringed.

Q. Are the nets up all year round?
A. We try and do netting as much as we can but it’s weather dependent. If it’s too windy or wet, we can’t operate some of the traps. Fixed traps will work in all weathers, but nets depend on the weather being suitable.

Q. Are there any other interesting projects currently at the North Ronaldsay Bird Observatory?
A. We had a student this Spring who is doing a PhD on Black guillemots or Tysties (pictured above), between here and Stroma. They’re one of the seabirds that seem to be doing reasonably well at the moment. They are not declining because they seem to eat all sorts of different food.

He was fitting special tags to find out how far the Tysties are going to feed and what different types of fish they were feeding on. It will be interesting to see more of his results!

Q. Can visitors stay at the North Ronaldsay Bird Observatory and take part, even if they don’t know a lot about bird watching?
A. Yes, we have a Guest House with en-suite rooms, self-catering and hostel accommodation. We have an area for camping as well. We offer meals and run a small shop too if people need food for self-catering. We also have a licensed bar on the premises!

We are happy to show birds to our guests and we sometimes offer to take guests on a bird walk or take them to see the ringing. We have some display boards that tell our guests a bit about the common birds on the island – you don’t need to know anything about birds to stay with us!

Q. Any good stories from your time in North Ronaldsay?
A. The first Spring I was here, in 1988, a very rare bird arrived on the island called a Pallas’s Rosefinch (pictured above) – it was the first time it had ever occurred in Britain.

Lots of twitchers wanted to visit and see it, so they chartered the Orcadia, the inter-island boat at the time. About 120 people came off this boat to see this bird. However some of the islanders got on the boat! They boarded so that they could visit the bar whilst the Orcadia was docked – because there wasn’t a pub on the island at the time! Both the Islanders and the twitchers had a fine time that day! 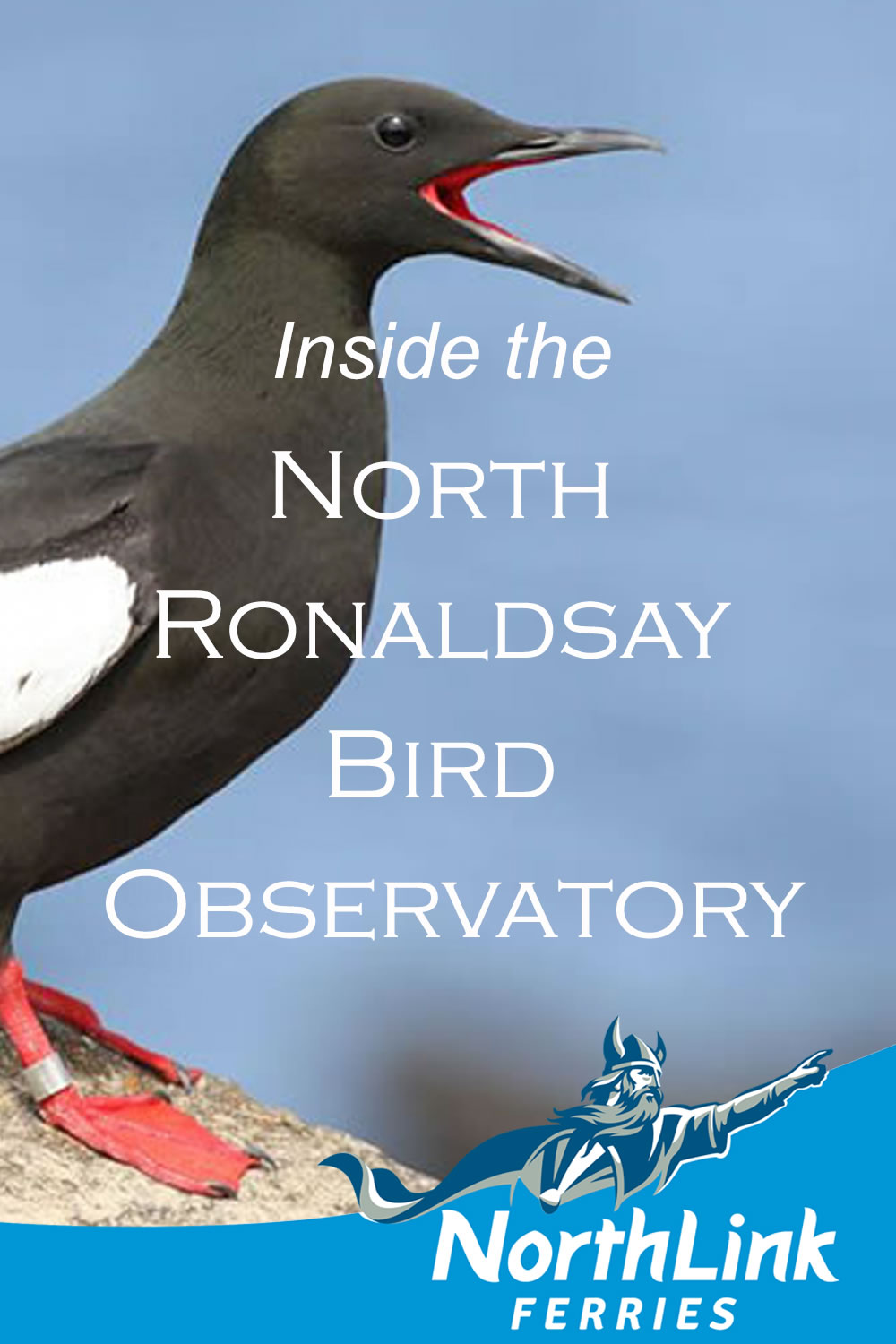