Non-essential travel between Mainland Scotland and Orkney and Shetland is now permitted. To reduce the risk of coronavirus being brought into island communities, the Scottish Government is encouraging anyone planning to travel to a Scottish island to test before they do so. Please view our convenient refund policy should you need to change your travel plans. Log in / Forgotten Password? / Register as an Islander / Register as a standard customer / Book as a guest.

During recent times we’ve been looking for easy sweet treats made from ingredients found in most cupboards. We’ve stumbled upon a treasure trove in this regard; old SWRI recipe books from Orkney.

These biscuits spread out to cookie size and they are absolutely delicious. We thought they were best when left to go cold rather than eating them straight out of the oven. They become lovely and chewy when cool!

The recipe for Porridge oat biscuits was found in the Birsay SWRI Recipe Book from 1979. However none of the members who contributed were credited for their recipes, so our grateful thanks go to an unnamed chef from Birsay.

These biscuits spread out to cookie size and they are absolutely delicious. We thought they were best when left to go cold rather than eating them straight out of the oven. They become lovely and chewy when cool! 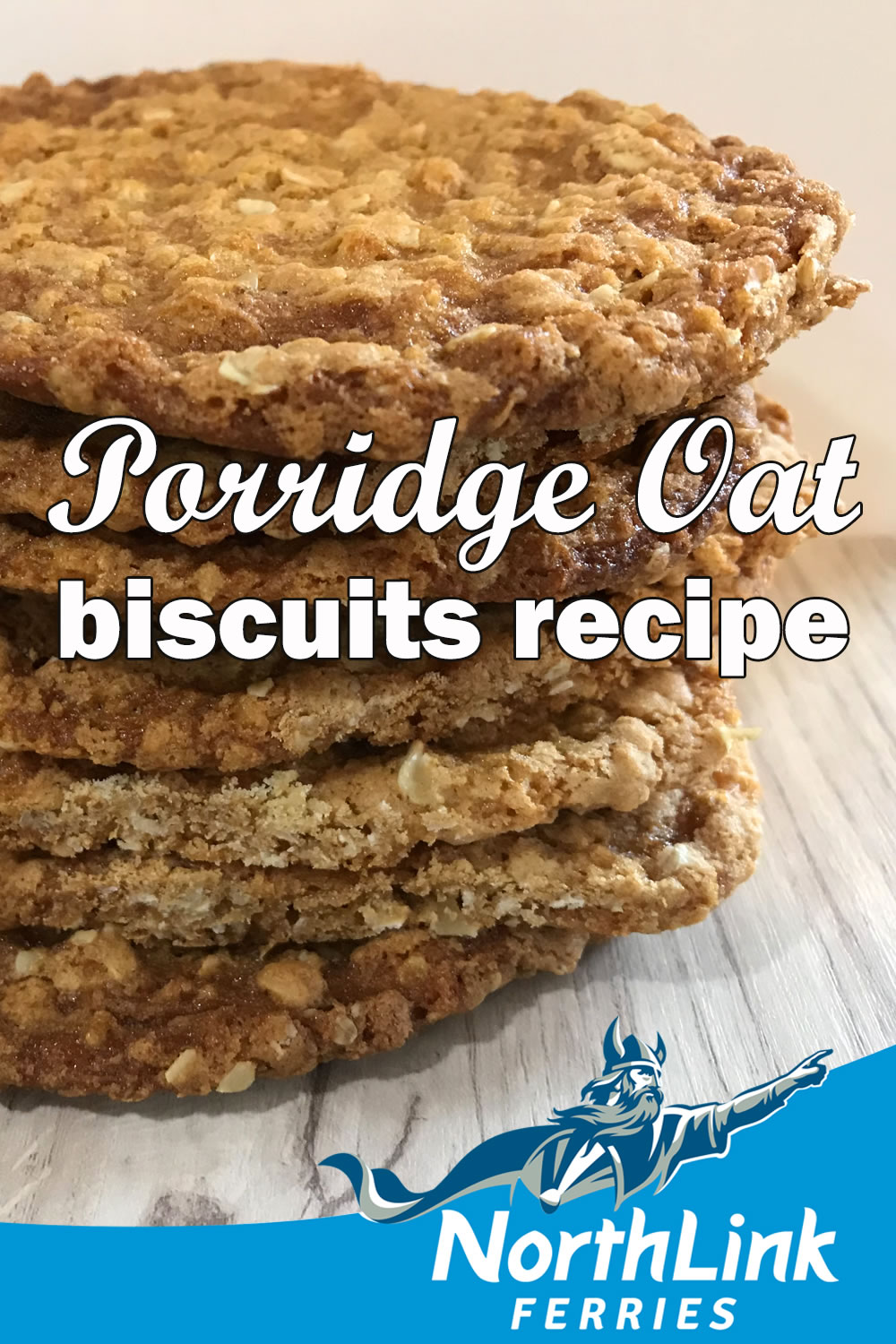 This is a super-easy recipe for a beef stew that works every time. The recipe serves 6 and uses Dark Island, a beer from the Orkney Brewery, which is a rich, dark ale. When eaten with beef, it tastes divine.

Fascinating facts about the Ring of Brodgar you may not know!

In Orkney, on a dark moor between the Loch of Harray and the Loch of Stenness, there is a vast circle of 36 standing stones. The Ring of Brodgar was built 4,000 years ago but its purpose remains a mystery.