NorthLink Ferries have been delighted to sponsor and show the Sanday Seal webcam on www.northlinkferries.co.uk during the winter months. However, bringing images of seal mothers and their pups from a remote beach in the Orkney island of Sanday would not be possible without the hard work and dedication of Sanday Ranger, Roderick Thorne.

“With regard seal spotting tips, during the pupping season, try to remain below the skyline and wear clothes that aren’t too obvious. At other times, if you see seals while out walking along a beach, try singing or whistling – they seem very curious.”

We were delighted when Roderick agreed to answer our questions about his work as the Sanday Ranger, the sealcam and about how to spot seals in Orkney!

Q. First of all, have you always been a resident of Sanday? If not, what drew you to the island?
A. I came, with my family, to Sanday 30 years ago as Head teacher. I’ve taught in island schools in Shetland (Fetlar and Fair Isle) before and enjoy life among an island community.

Q. How did you come to get your job as Sanday Ranger?
A. Sanday’s Development Trust came into being after I’d retired, and early on the Directors decided that an island Ranger would be able to publicise Sanday’s wildlife and enable visitors and residents to explore and appreciate Sanday’s natural history. It seemed an ideal job that suited many of my interests, so I applied…

Q. What are your favourite aspects of your job as Sanday Ranger?
A. Meeting people on advertised events or when they call in at home; and following up reports from islanders of their own sightings and records

Q. If a visitor were to come to Sanday where would you point them to see the best of the island’s wildlife?
A. There’s such a variety of habitats that it’s difficult to know where to start. The endless shallow beaches at half-tide for waders, coast and links for wildflowers, shallow reefs for exploring rock-pools, the tidal islets for fascinating walks where frequently there’ll be an unexpected encounter, shells and beaches for shell-collecting… and much more.

Q. What are the best times of the year to see seals in Sanday?
A. Around the times the seals have their pups – for Common/Harbour Seals that is June/July; for Grey Seals October/November

Q. What kinds of seals do you get in Orkney and how do you tell them apart?
A. In profile, the head of a Grey Seal gives a ‘Roman-nose’ or horse-like appearance; Common/Harbour Seals have a fairly well-defined concave notch between ‘snout’ and forehead.

Q. Do you have any seal spotting tips?
A. During the pupping season, try to remain below the skyline and wear clothes that aren’t too obvious. At other times, if you see seals while out walking along a beach, try singing or whistling – they seem very curious.

Q. What made you decide to set up the seal cam?
A. Seals are a top attraction for visitors to Orkney. The Sealcam is a way of letting people watch the behaviour of Grey Seals – right through the busiest time of the animals’ year – from their computer screens at home or in the office.

Q. When is the best time of day to watch the sealcam?
A. Most seal pups are born during the night, so on a November dawn there is the possibility of seeing youngsters just a few hours old.

Q. How old are the pups when they leave the shore?
A. Grey seals are weaned at around 18-20 days, so they head for their first swim at about 3 weeks of age.

Q. Have you ever had to rescue a seal?
A. Yes; they are sometimes found stranded entangled in fishing nets.

Q. Are there any other animals you see frequently on the sealcam?
A. A number of large birds are never far away during the pupping season. Great Black-backed and Herring Gulls, Hooded Crows and Ravens are all greedy to eat the afterbirth. Starlings sometimes descend on the beaches to feed on invertebrates in the seaweed. Redshanks and Rock pipits occasionally make a brief appearance.

Q. What’s the best sight you have captured with the sealcam?
A. Despite many hours of watching, I never witnessed a birth in the first season. Last year I saw, and recorded, three births during daylight hours.

Q. Have you discovered anything you didn’t know about seal behaviour whilst using the sealcam?
A. I hadn’t realized just how much bonding behaviour there is between mother and pup; nor how aggressive the mothers are to their neighbours on the beach in their defence of an invisible territory. When a pup first take to the sea, its mother is close by to guard against strong waves or interfering neighbours.

Q. What would you like sealcam viewers to take away from their viewing experience?
A. Delight in having such an insight into the private life of the seals, without disturbing them in any way.

The Sanday Sealcam can be seen here 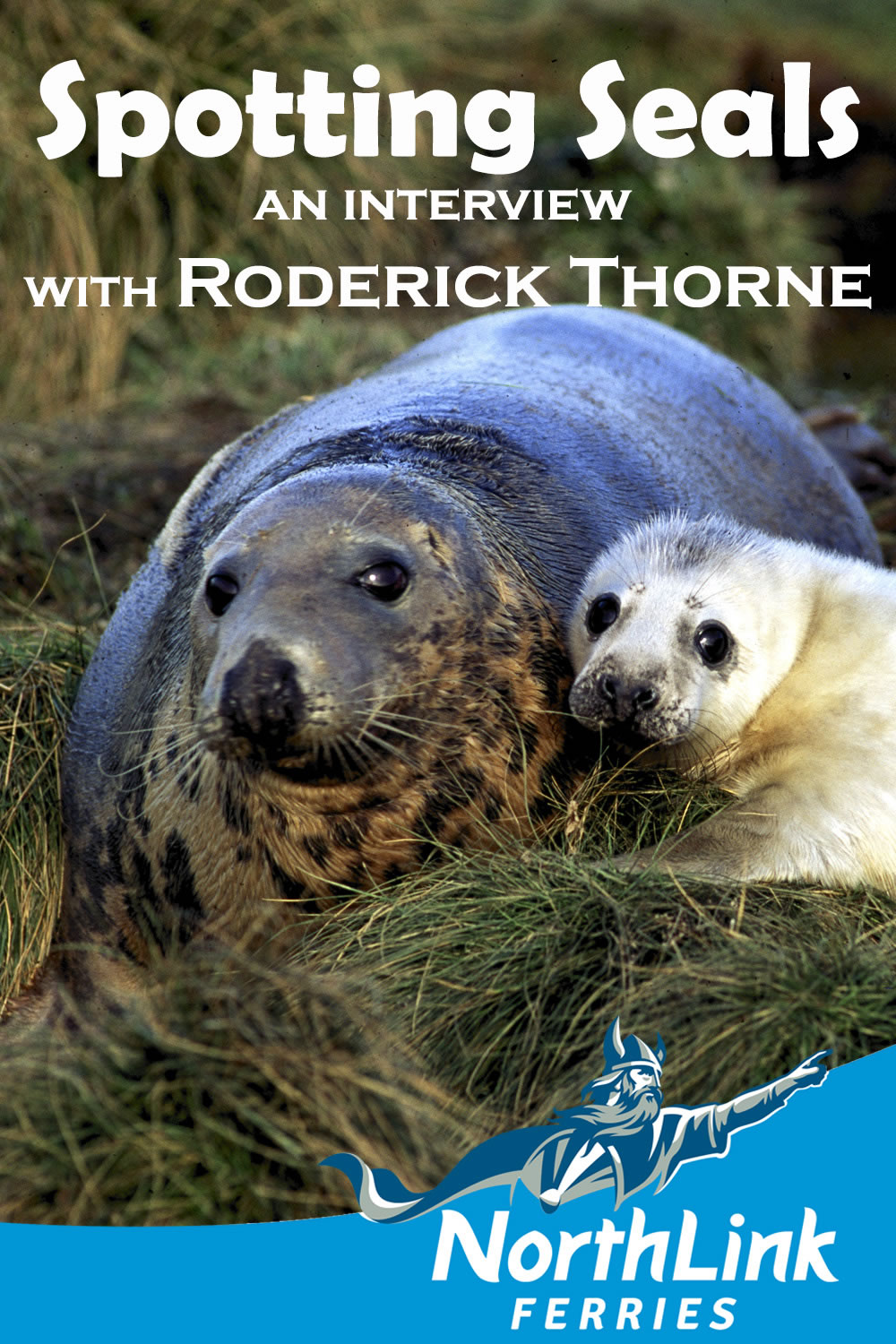