The Geology of the Old Man of Hoy

NorthLink Ferries are very proud to sail past the Old Man of Hoy on the Scrabster to Stromness route. The sea stack is the tallest in Britain and stands 40m taller than Big Ben!

A sketch of the Old Man of Hoy by William Daniel in 1819 shows the Old Man as a wider column with an arch at the base. Later, at an undisclosed time, the Old Man lost its arch and became the stack we see today.

In geological terms The Old Man of Hoy is relatively juvenile – having stood as a sea stack for less than 400 years.

The Old Man of Hoy’s story begins 400 million years ago when a massive freshwater lake, Lake Orcadie, covered the area from the south coast of the Moray Firth to Shetland in the north. Layers of sand were dumped onto volcanic rock at the bottom of the lake, building up like the rings of a great tree.

Over time the lake disappeared, leaving a base of dark basalt lava and alternating layers of soft, sandy and pebbly sandstone and harder flagstones of Upper Old Red Sandstone. This gives the blocky, often overhung profile we see today.

The red Devonian sandstone cliffs of Hoy are quite spectacular – ‘pillars of flame’ as George Mackay Brown described them in An Orkney tapestry – and they are under constant attack from the sea!

Winds are strong around Orkney, reaching gale force on average 29 days a year. Combine this with deep water around Hoy (which quickly falls to 60 metres) and the cliffs here can be swept with high-energy waves which lead to rapid erosion in geological terms.

The waves seek out weaknesses in the rock structure and open up cracks and faults. Little may change on the coastline over the course of a human lifetime, but over hundreds of years dramatic changes happen.

The Old Man started life as a slight kink in the coastline, which formed a headland that stuck out into the sea. The Blaeu map of 1600 and the McKenzie map of Hoy of 1750 both show the headland that was later to become the Old Man.

This headland was progressively undercut and a sea arch was formed. The arch eventually became unstable and collapsed into the sea below. There is now a 60 metre (200 ft) separation from the mainland to the Old Man of Hoy and the chasm between is strewn with debris.

A sketch of the Old Man of Hoy by William Daniel in 1819 shows the Old Man as a wider column with an arch at the base. Later, at an undisclosed time, the Old Man lost its arch and became the stack we see today.

However, erosion continues and some have speculated that one day the Old Man may crash into the sea. Indeed, by 1992, a 40-metre (130 ft) vertical crack became visible in the top of the south face which threatens the upper section, and the base is under constant attack from the sea. 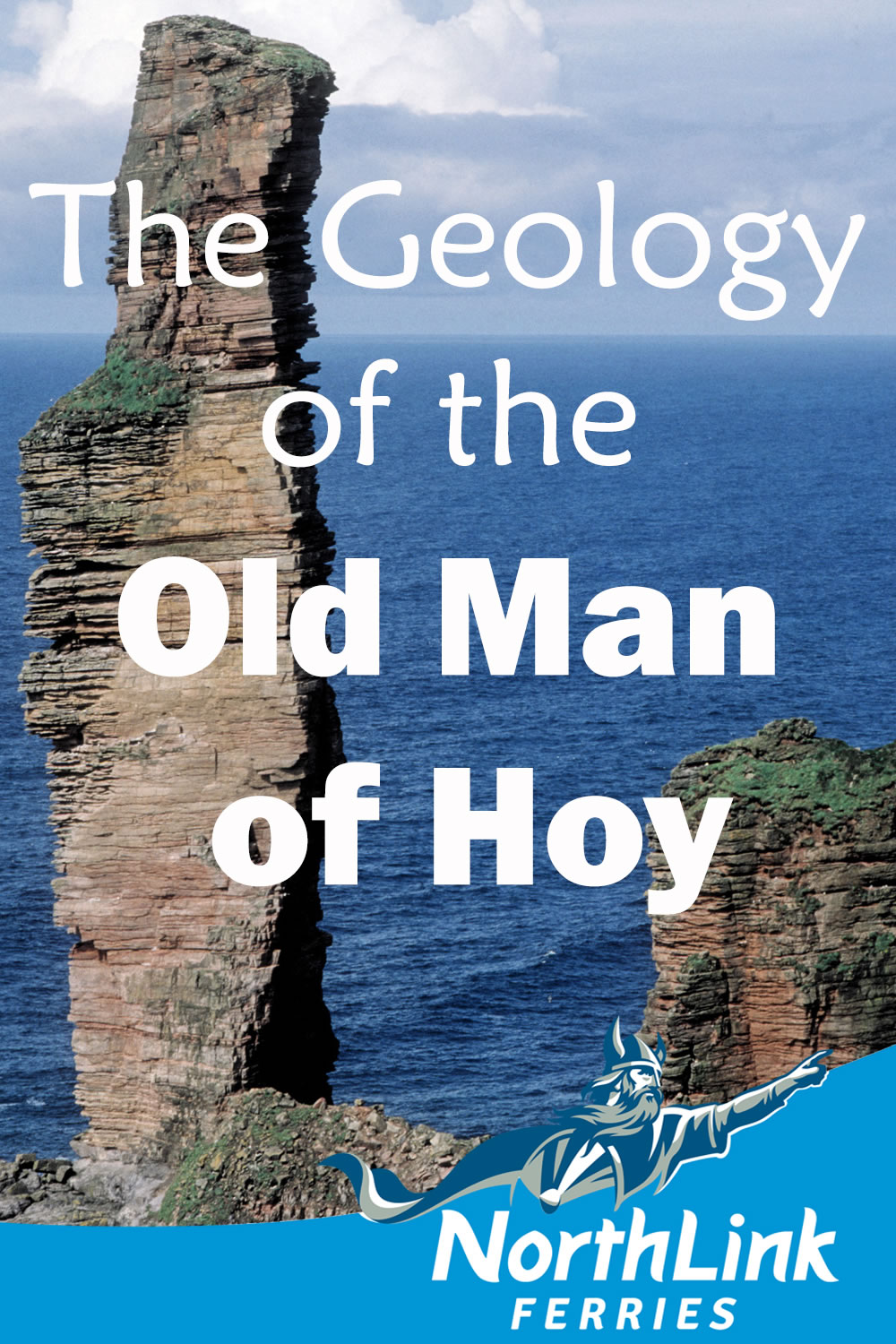 Header image: Viewing the Old Man of Hoy from the outside deck of MV Hamnavoe on the sailing to Orkney photo © Copyright Billy Fox