The winding cobbled stone streets of Stromness provide a fitting setting for the Yule Log pull, an age old street game that was previously played in the town until the 1930s.

The Yule Log is a ‘tug of war’ competition, pitting those living in the North end (Northenders) against those from the South End (Soothenders) in a battle of strength as a large log is dragged through the streets of the town to opposing goals.

“Traditionally the Yule Log took place on Christmas Eve, with the log taken under the cover of darkness from a local garden!”

Traditionally the Yule Log took place on Christmas Eve, with the log taken under the cover of darkness from a local garden. In 1933 the Town Council officially outlawed the cutting down of a tree for the Yule Log, threatening to prosecute any offenders.

Described in ‘Stromness’ by Bryce Wilson:

“The procedure was that on Christmas Eve a tree was obtained from a local garden, invariably without the owner’s consent – this being considered part of the fun – and then usually between eight and nine the prize was carried in triumph by a motley crowd of boys and young men to Jessie Leask’s corner in Graham Place. There chains, wire ropes, or ordinary stout ropes were fastened to the ends, and the trial of strength or tug of war began – the Southenders endeavouring to force the unwieldy prize to Ma Mumph’s Pier, while the Northenders strove to drag it to the New Pier.”

“Once at the goal, with a great cheer, the tree was jettisoned in the water. Sometimes the tree was hauled down on the foreshore and burned. All shop windows and doors were stoutly barricaded, and lit only by flickering street lamps a riot of bodies, broken branches and ropes erupted up and down the main street to strident shouts of ‘North she goes’ and ‘South wae her’.

Until its revival in 2017, the game was last known to have been played 80 years prior, in 1937. Now the game takes place on Hogmanay and the log – weighing in at almost half a tonne, is sourced from a Scottish sawmill.

2018 saw the addition of the Junior Log Pull. This proved to be very popular and is set to make a welcome return again this year, along with two junior captains at the helm.

Ruben Smith will lead the Northenders and Alistair Park takes up the gauntlet for the Southenders. Junior Coaches for the year are Sinclair Bain for the North and Glen McLellan for the South.

One change for this year is an alteration of the course, with the Senior event beginning at the Commercial Hotel and Juniors at the Pier Arts Centre lane. In a bid to ensure the event is as fair as possible and after reviewing the previous years, the Yule Log Committee made the decision to alter the course.

All ceremonies will continue to take place at the Pier Head with the teams meeting there before the event and returning there after the event. The timings remain the same as 2018 – Junior event starting at 14.30 and Seniors at 16.00pm. Musical entertainment will be provided at the Pier Head, along with refreshments and catering. The evening will finish off with a fireworks display at approximately 17.00.

The event has again been supported by Scotland’s Winter Festivals.

Kris Bevan is a Soothender and Chair of the Stromness Community Development Trust, who are organising the event alongside a stand-alone committee made up of equal numbers of North and South enders. He said “Following on from two hugely successful years we are delighted to be able to support the 2019 Yule Log Pull. This year we also have a development officer in post, Ruby was able to take over some responsibilities from volunteers and is already putting plans in place for 2020.”

To keep up to date with announcements about this fantastic event, join the Facebook group Stromness Yule Log. We hope you’ll make it through to Stromness on Hogmanay to cheer on the Northenders and Soothenders! 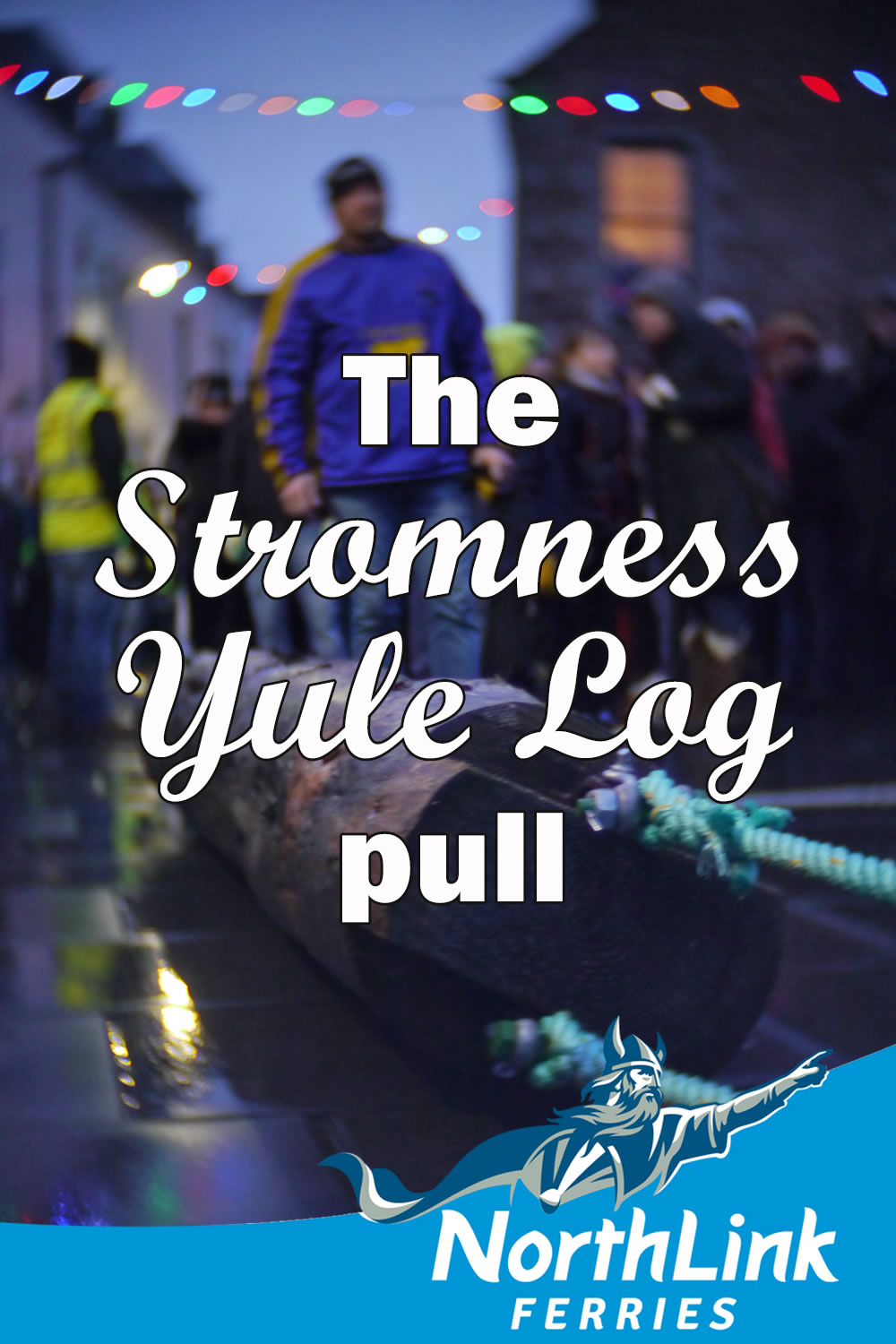