What is the Ness of Brodgar? Ten essential facts

During the summer months in Orkney, an amazing archaeological dig takes place at The Ness of Brodgar (Ness means headland and Brodgar is bridge farm). This archaeological site offers a glimpse into the Neolithic world and its location, size and contents indicate that it was very important to the people who used the buildings for ceremonies and feasts 5000 years ago. As archaeologists continue to uncover more clues, we thought we’d write a beginner’s guide to the Ness of Brodgar, with ten essential facts to help you understand the site!

“The timeline of the Ness of Brodgar is that the buildings here were constructed first, followed by the Standing Stones of Stenness and then the Ring of Brodgar.”

1. How the Ness of Brodgar was uncovered

The Ness of Brodgar was found when, in 2003, the owner of the nearby house wanted a wildflower meadow and hired a ploughman to prepare the field. The ploughman uncovered what looked like the slab of a Bronze Age burial kist, and on inspection, a vast complex of buildings dating as far back as 3300 BC were discovered. Needless to say, the wildflower meadow never materialised!

2. These were important ceremonial buildings at the heart of the Neolithic people’s world

The Ness of Brodgar is located between the Standing Stones of Stenness and the Ring of Brodgar on a narrow finger of land, flanked on one side by the Loch of Stenness and on the other by the Loch of Harray. It is a group of buildings which are too big to be domestic structures. The rich artefacts found within the buildings and the location of the site (between the two stone circles) also indicate that the Ness of Brodgar was very important to the Neolithic people of Orkney.

3. The Ness of Brodgar was enclosed by a massive wall

The whole site was enclosed by a vast boundary wall (pictured above) sometimes referred to as the Great Wall of Brodgar. Though this has yet to be fully uncovered, the sections of the north wall found so far are 4m wide (wider than Hadrian’s Wall) and the south wall was 1.8m high!

4. It was a place used to gather for special occasions for 75 generations

5. The buildings and builders at the Ness of Brodgar were amazing

Only ten per cent of the site has been uncovered so far. The buildings were beautifully built with carefully selected and dressed stone; however the builders at the Ness weren’t very good at foundations, so construction was often followed by reconstruction when walls subsided. Newer buildings were also created out of the shell of older ones. Amazingly, the Ness of Brodgar has Neolithic drains which run underneath and keep the site dry to this day!

Over 40,000 shards of pottery (burnt black with food) were found at the Ness of Brodgar, including some of the earliest examples of grooved ware (evidence that grooved ware was originated in Orkney and spread south). Other precious artefacts found include a carved stone ball (pictured above), volcanic glass found in the Western Isles and stone only found in Cumbria (evidence that the people of the Ness had ties to the wider world).

Over 600 decorated stones have been found at the Ness of Brodgar, some with a butterfly motif (pictured above) and some with diamond shapes. These were possibly linked to the identity of the artist. Red, yellow and black pigment was also found (pictured below), painted onto the walls of some of the structures!

8. There are other mysteries to solve at the Ness of Brodgar

9. There seemed to be a ceremonial end to the Ness of Brodgar

The largest building found at the Ness of Brodgar is Structure 10 (pictured above). It is 25m long and 19m across, with 4m thick walls. It had an enormous over-arching stone roof and has been described as a ‘temple’ due to its size. Stucture 10 offers tantalising clues about the end of the Ness of Brodgar.

There is evidence that over 400 cattle (evidence of a very rich society) were consumed at one time, and that their leg bones (were these offerings carried from elsewhere?) were deposited around Structure 10. Blocking up passageways and hearths with cattle skulls and deer carcasses is thought to have been the last act that took place here; marking the ‘death’ of the Ness of Brodgar. Carbon dating has found nothing younger on the site than these bones (from 2450 BC).

10. The Ness of Brodgar became hidden in the landscape

Find out more at http://www.nessofbrodgar.co.uk/

With grateful thanks to Aaron Watson, Adam Stanford, Alison Kerr, Hugo Anderson-Whymark and ORCA for their images 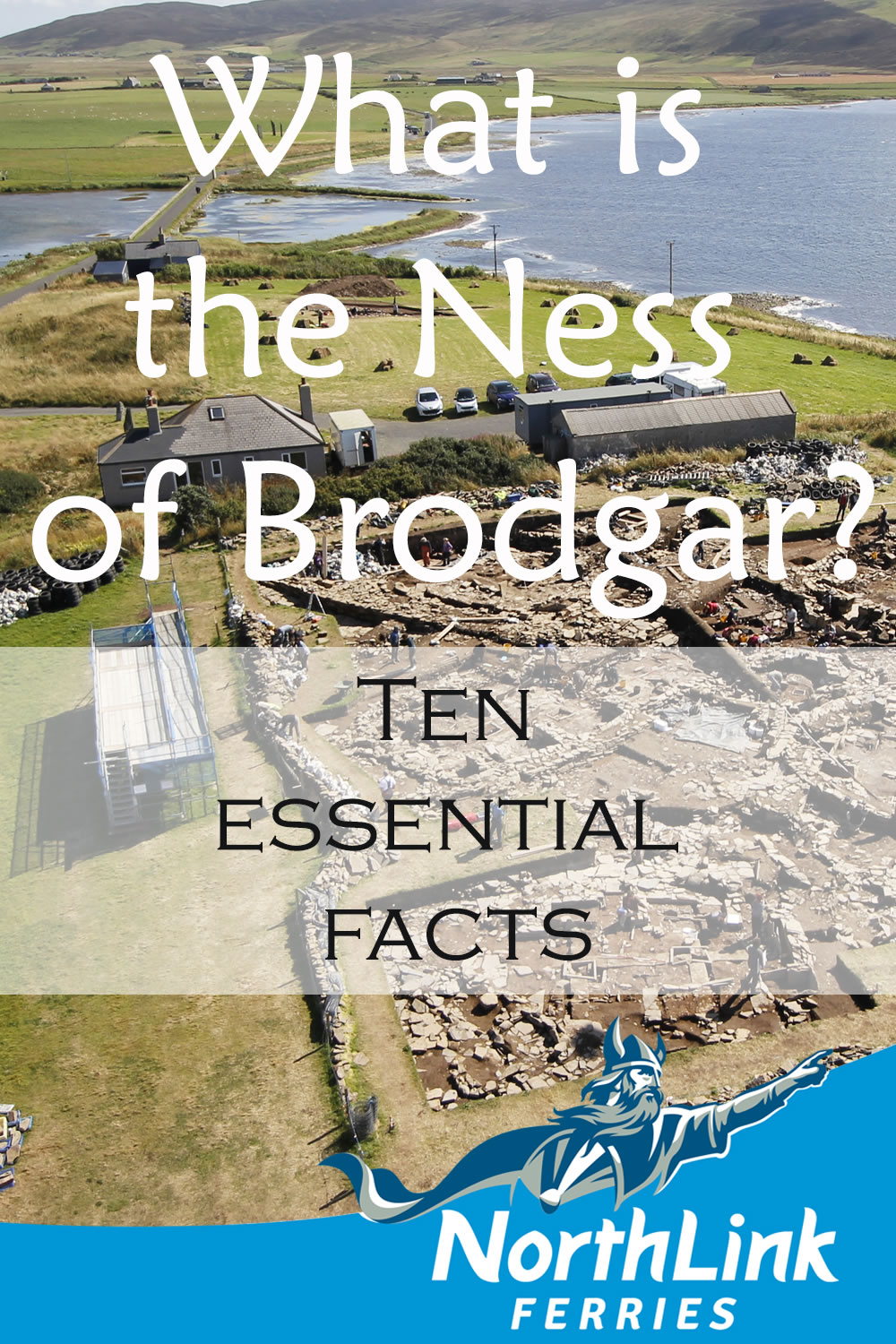