A Guide to Fort Charlotte in Shetland

Nestled in the heart of Lerwick in Shetland is an artillery fort. Though Fort Charlotte is now surrounded by streets and houses, this was once an imposing seaward defence, with a story which dates back to the beginnings of Lerwick as a settlement.

Fort Charlotte is one of only three 17th and 18th century military bases in Scotland to still hold an active military role. The other two are Edinburgh Castle and Fort George, near Inverness.

Fort Charlotte was the first substantial building in the town and is the only surviving monument in Scotland linked to the Anglo-Dutch Wars fought in the 17th Century.

We have compiled an essential guide to Fort Charlotte in Shetland.

The beginnings of Lerwick

In the 15th Century, Shetland became known to Dutch fishermen who began venturing north to Bressay Sound. Here they found rich fishing grounds and a stony hill facing the best harbour in the north. By the 17th century, Shetlanders had built a shanty town on the shore of Ler Wick (‘muddy bay’) to trade food and clothing with the Dutch fishermen.

The Shetlanders did not object to the Dutch in their fishing grounds and they were happy to trade on the quiet. Shetland had only recently become part of Scotland and the islanders had no allegiance to their new governors. However, this and the (alleged) immorality which took place in Lerwick was frowned upon by the court of Scalloway, and they ordered the fledgling town to be demolished in 1615 and 1625.

Bressay Sound was used as safe anchorage by Dutch vessels

Bressay Sound was also being used circa 1600 by the Dutch East Indiamen returning from the Far East. Here they could find safe anchorage before being escorted home by the Dutch navy. This prevented the Dutch ships from being attacked by the English Navy in the English Channel.

In 1652, after invading Scotland, Oliver Cromwell, Lord Protector of England, declared war on Holland over trade routes. To provide artillery coverage and to protect the English naval ships using Bressay Sound, a fortification was built in Lerwick on towering sea cliffs with excellent views. No trace of the 1653 fort is visible today.

At the start of the Second Anglo-Dutch War in 1665, on the orders of Charles II, a new fort was built on the same site. Constructed by master mason to the Scottish Crown, John Mylne junior, the fort had a polygonal design, typical of the period, and the rampart was mostly earth and timber. It was not finished by the time the war ended in 1667 and was abandoned soon afterwards.

During the Third Anglo-Dutch War (1672 to 1674) a Dutch raiding party landed at Lerwick and destroyed the barrack block by fire. The fort was left in ruins for 100 years.

During the American War of Independence, Fort Charlotte was built where the previous fort stood

From 1776 to 1783 the Royal Navy battled the Dutch, French, Spanish, and American Navy during the American War of Independence. The fort in Lerwick was rebuilt in stone and the barrack blocks, artillery store, powder magazine and guardroom seen today were completed. Fort Charlotte was named after George III’s wife, Queen Charlotte, and it was garrisoned in 1781 with 270 soldiers of the Earl of Sutherland’s Regiment.

The ramparts followed the five-sided outline of the 1665 fort. In the 18th century, defences were no longer built in a pentagonal design. Coastal towers like the Martello Towers in Orkney were preferred, so Fort Charlotte was quite unique. 12 guns faced seaward behind a zig-zagged parapet wall and angled bastions defended the landward sides.

Following the Treaty of Amiens in 1802, Fort Charlotte was garrisoned by veterans from the Invalids Regiment. During the Anglo-American war of 1812 to 1815, new gun batteries were built to defend Bressay Sound from privateers.

Fort Charlotte was used as the town jail and courthouse and later as a drill hall.

From 1837 the buildings were given over to the local authority and became a courthouse and town jail. Later it was used as a custom house and coastguard station, but the condition of Fort Charlotte began to deteriorate, and the guns were removed in 1855. The cannons seen today are modern replicas.

The Royal Naval Reserve used Fort Charlotte as a drill station between 1861 and 1910. The sailors used two mounted 32-pounder guns for live-firing but this practise stopped when islanders on Bressay complained!

In 1910, the Territorial Force (now known as the Territorial Army) began using Fort Charlotte as a drill hall and offices. It is used by the TA to this day and is the only TA base north of the Firth of Forth.

Fort Charlotte is also one of only three 17th and 18th century military bases in Scotland to still hold an active military role. The other two are Edinburgh Castle and Fort George, near Inverness.

During WWII, Fort Charlotte was requisitioned by the War Office, and temporary concrete buildings were erected (and demolished after 1945).

In modern times most of the waterfront has been reclaimed to build the Esplanade, Victoria Pier and the docks to the north. Fort Charlotte once dominated the shoreline but has become enclosed by the town and is now lost among surrounding streets and buildings. Only from the air, and when inside the fort itself do you get a sense of the layout.

As well as being a TA Hall, Fort Charlotte is managed by Historic Environment Scotland. It also holds an active role within the community as the West Barracks are used as a hall open on Up Helly Aa night. 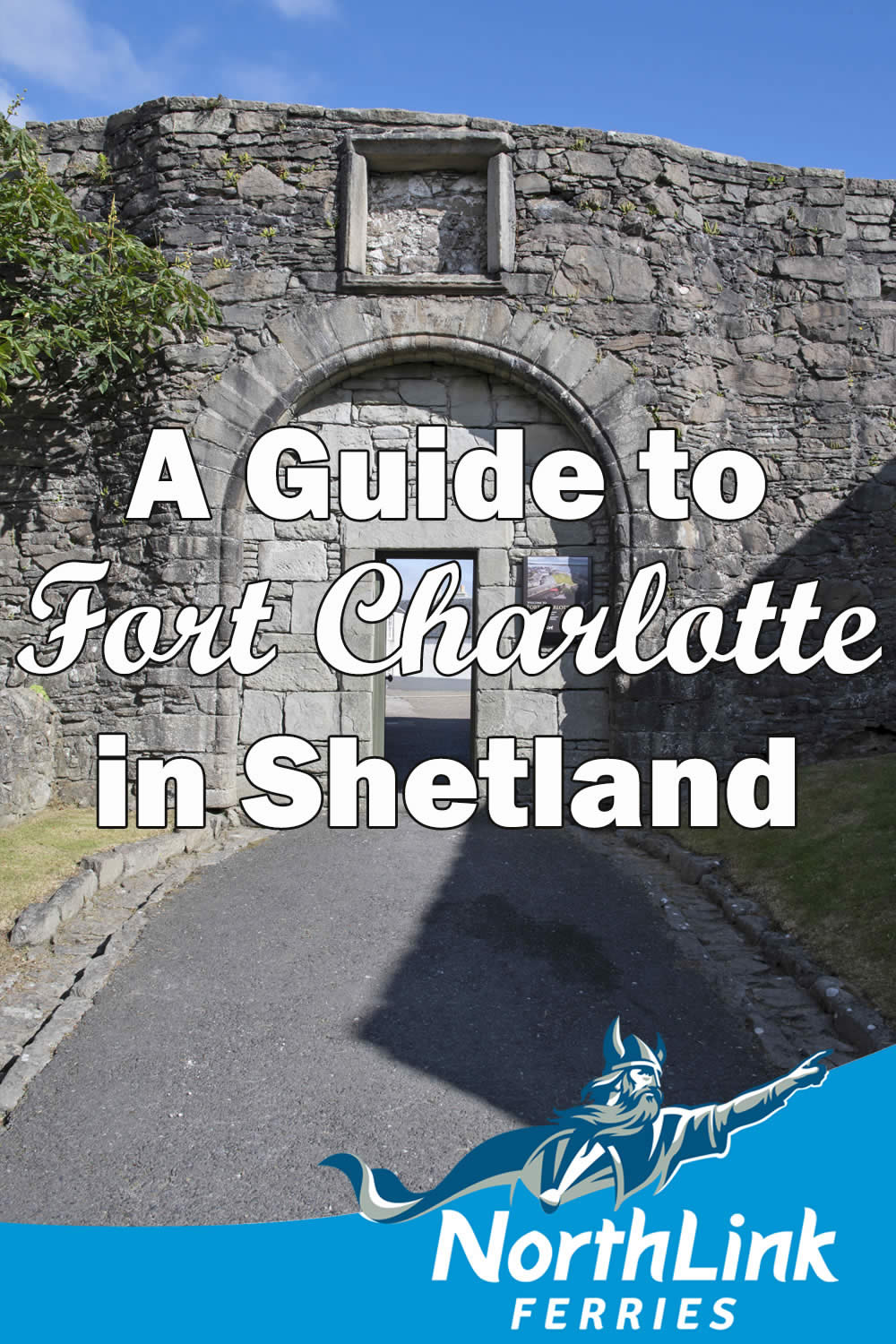