“I am going to give you an opportunity to earn a pardon. There is a bear living in the forest near here and honest folk are afraid to leave their homes for fear of attack. Capture the bear and bring him to me, alive, and I will set you free.”

When Shetland was a part of Norway the king sent his chamberlain to collect the taxes. On the island of Fetlar was a young man called Jan Tait. He was big and strong and always wore an open shirt that showed his bare chest and his feet were always bare too. Jan Tait’s feet were big and ugly, covered in lumps, bunions, corns, thick knotted veins and the toenails were black and broken.

He announced that he would pay his tax in butter. The tax gatherer was dishonest and he declared that Jan had to pay more butter, so a furious argument began. Jan Tait was hot tempered and he struck the tax gatherer a violent blow on the head and he fell dead at Jan Tait’s ugly feet.

Jan Tait was arrested and taken to Bergen in Norway, where the king had established his capital. Jan was neither bound or chained and was allowed to retain his short-handled axe. The leader of the guards described his crime and the circumstances of it to the king.

The king’s eyes were drawn to Jan Tait’s feet. The king declared them to be the ugliest feet in the whole world. Jan said, “If my feet offend your majesty then I shall try to make them look better.” Jan Tait took his axe and began to chop off the lumps from his feet, which flew around the room.

“Stop, stop,” shouted the king “I think I’m going to be sick. All the same, when a man has so little regard for his own flesh and blood it comes as no surprise that he lost his temper with a dishonest tax gatherer. It would be a great pity to put to death such a young, strong, brave man. I am going to give you an opportunity to earn a pardon. There is a bear living in the forest near here and honest folk are afraid to leave their homes for fear of attack. Capture the bear and bring him to me, alive, and I will set you free.”

One of the aides showed him a path to the edge of the forest. Now, Jan Tait was from Fetlar and had never seen a tree before, yet alone a forest. He wandered aimlessly along, not knowing where to go. He met an old woman who invited him to her home to meet her husband. Jan spent a pleasant night there and the next morning the old woman said: “I have a plan. Butter got you into this fix so maybe butter could get you out of it.”

She asked her husband to help Jan Tait to wind straw into rope strong enough to tie up the bear. She took a big tub and gathered butter from all the neighbours. After lunch she guided Jan Tait to a path that the bear often used. Jan Tait put down the tub of butter on the path and climbed a tree to wait for the bear.

It was nearly dark before the bear came lumbering along the path. The bear began to eat the butter greedily. In no time at all the tub was empty. The bear yawned and fell fast asleep (maybe the old woman had put something in the butter to make him sleep). Jan Tait jumped down from the tree and tied up the bear.

He made his way back to the cabin to tell his friends. Six men came forward offering to help in taking the bear to the king. They carried the bear most of the way before Jan Tait ordered the bear’s hind legs be released so that he could walk upright.

Jan Tait marched into the throne room and straight up in front of the king. “Your majesty, I have brought you the bear, now can I go home to Fetlar?” Reluctantly the king agreed, but told Jan that he had to take the bear back to Shetland with him. Now Jan could have killed the bear, but this he refused to do. He thought that the bear had saved his life, so he took the bear home with him.

Jan tethered the bear on the uninhabited island of Lingy (now Linga). Needless to say, the bear was unhappy and he constantly tramped round and round at his tether’s end. Being a big heavy animal he marked the soft earth and made a circular path that can still be seen there to this day. 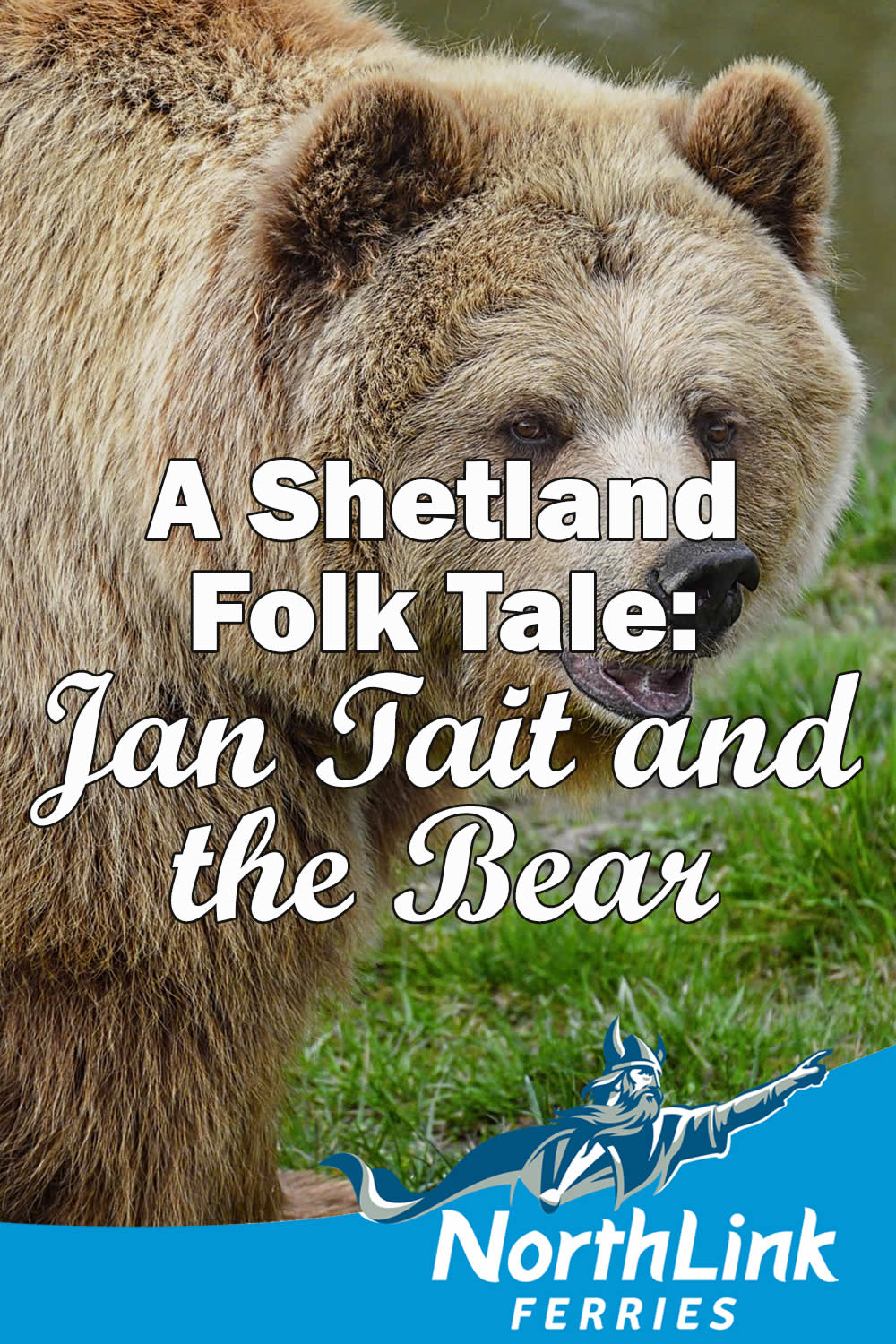 Gardening in Shetland: The Jubilee Flower Park in Lerwick

There are many beautiful gardens in Shetland and the Jubilee Flower Park in Lerwick welcomes visitors. We spoke to Diane Inkster, who has tended the garden for many years.