The traditional folk tale from the Shetland Islands deals with a very dangerous creature, and this story was once told in crofts on a winter’s night. We hope you enjoy it!

A njuggle is the Shetland name for a water horse. They live in fresh water lochs and haunt the roads nearby, trying to lure unwitting people to climb onto its back. It will then either carry you off somewhere you don’t want to go or it will simply kill you.

A njuggle (pronounced nyuggl) is the Shetland name for a water horse. They live in fresh water lochs and haunt the roads nearby, trying to lure unwitting people to climb onto its back. It will then either carry you off somewhere you don’t want to go or it will simply kill you.

A njuggle’s coat is always wet and its hair grows the wrong way, towards its head. It also has the ability of turning its tail into a wheel, which trundles along behind it. With this tail it attracts children, who try to ride on it, only to be carried off into the loch and drowned.

One njuggle had carried off so many local children that there were hardly any left. One child who had so far escaped the njuggle was the daughter of the local blacksmith. She was in her early teens by now and she was big and strong, like her father. The njuggle had a particular spite against the blacksmith’s daughter, because he had never been able to trick her.

The njuggle was stunned, as he was not used to people standing up to him. He told the blacksmith that she was going to die, not matter what, and he would give him a day to think it over, unless he wished to die as well. The blacksmith had a plan to fix the njuggle and he told his daughter what she had to do, then he set to work and made four heavy horse shoes.

The next day the njuggle returned and demanded the blacksmith’s daughter. Again he refused. The njuggle was furious and he reared up, thrashing the air with his front hooves, before bringing them down on the floor with such force that it made the building shake. The blacksmith said that he wasn’t afraid of the njuggle, which made its temper even worse.

It reared up on its hind legs again, ready to bring its hooves down on his head, but the blacksmith lunged forward and with both hands he pushed the njuggle so that it overbalanced and fell on its back. It landed between the workbench and the anvil and was wedged solid.

The blacksmith called to his daughter who sprang from her hiding place and sat on the njuggle’s head, so that it couldn’t move. The njuggle’s feet were in the air and the blacksmith grabbed the huge, heavy horse shoes that he had made and nailed them to the monster’s feet. The blacksmith was so skilled that the shoes fitted perfectly. After that they let the njuggle go.

It was a very different njuggle now though, as the heavy shoes stopped it from returning to its loch. Iron is also a protection against evil and the njuggle lost all of its power and was a pathetic, timid creature who couldn’t harm anyone. The islanders were safe and it is said that this is why horse shoes are considered to be lucky. 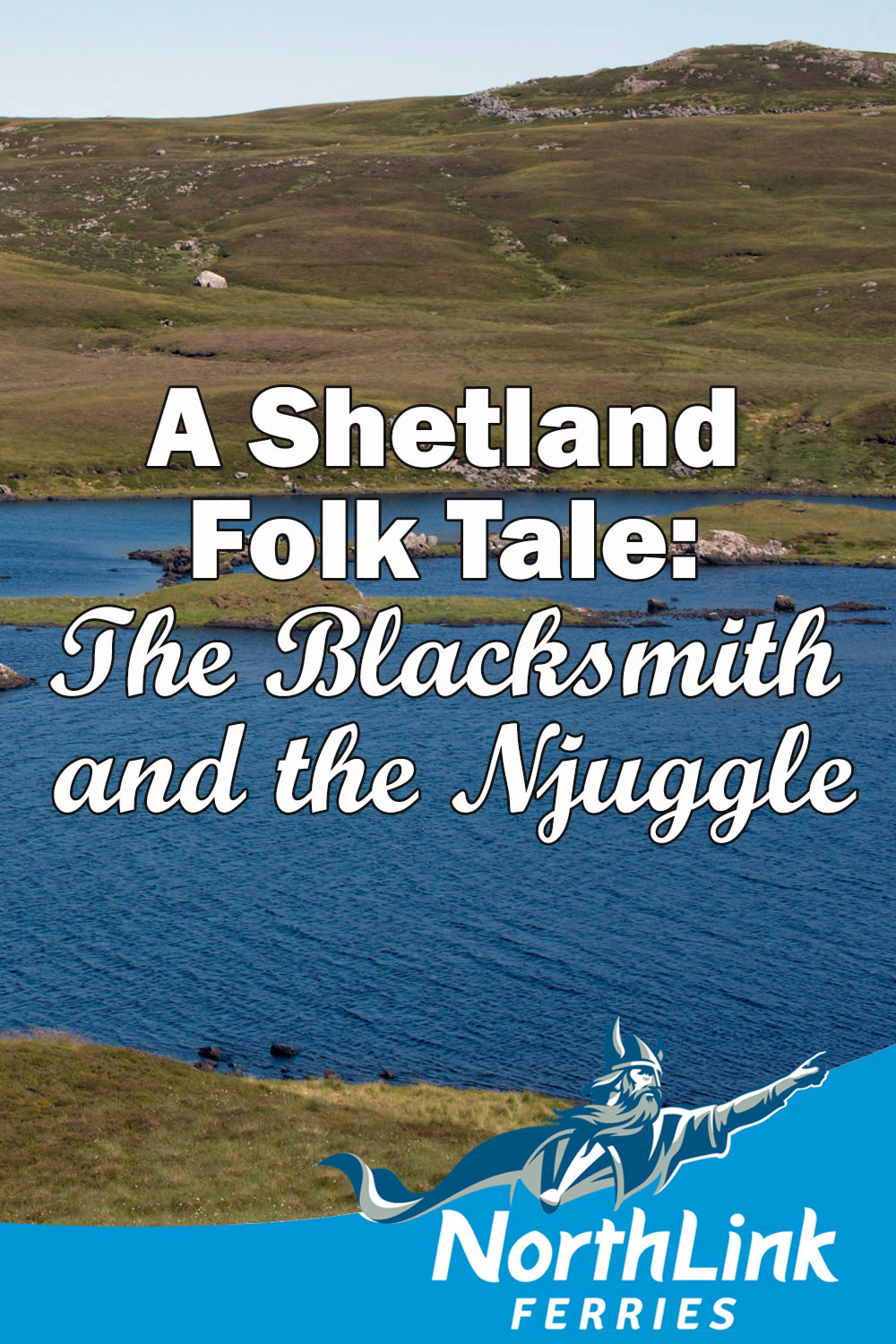