To celebrate Scotland’s Year of Stories, NorthLink Ferries are releasing a series of folk tales from the Shetland and Orkney Islands. In the olden days these tales would have been told on winter nights around a fire. We hope you enjoy this Shetland tale of the Goita Skerry!

The man lunged with his knife, but instead of striking the seal in the heart he embedded the knife into the seal’s back flipper, high up where it joined its body. The seal was strong and made it into the water, taking the man’s much-loved knife with it.

There was once a man in north Yell who had a son who went to sea on a sailing ship. On the son’s first visit home he gave his father a lovely knife, as sharp as a razor and with a hardwood handle. The father was so proud of this knife that he had his initials burned into the handle, to identify it as his.

One day the man was beach-combing, looking for any wood or anything useful that had been washed ashore, when he saw a large bull seal asleep on rocks called the Goita Skerry. The man quietly crept towards the seal, intending to stab it with the knife and kill it so he could sell its skin. But the seal heard him and tried to get away.

The man lunged with his knife, but instead of striking the seal in the heart he embedded the knife into the seal’s back flipper, high up where it joined its body. The seal was strong and made it into the water, taking the man’s much-loved knife with it. The man searched the shore for weeks, hoping that the seal may have died from the wound and been washed ashore, but it never came and his treasured knife was lost.

After fourteen years at sea the son returned home, saying that he was going to marry his sweetheart and stay home and help on the croft. He had already ordered a fine boat from a renowned family of boatbuilders in Norway. The following May both father and son went to Norway to bring home their new boat. The boat was beautifully made and the men were very happy with it. But a gale sprung up from the north and they were forced to stay in Norway.

So they went to live with the boatbuilders, an old man and his two sons. The old man had to use a crutch and could only walk with difficulty. Despite the reputation that Norwegian people have for being hospitable the Shetlanders found that their hosts were cold towards them and there was an uncomfortable atmosphere. The old man would stare at the older Shetlander, but look away when he looked back at him. One day the younger Shetlander asked what sort of boat they had. The old man stared at him, coldly, and said that they had no boat. They had no need of one.

The weather carried on as stormy as ever. As food was running low the old Norwegian told his two sons to go and get them a fish. The Shetlanders were surprised, as the Norwegians had said that they didn’t have a boat and it was not weather to set sail anyway. The two lads got up in silence and left the house.

The day passed and they didn’t return home. The old man was getting anxious and kept hobbling to the door to look out. Eventually, at night, the two sons returned with a large cod. The old man complained that he had been worried and what had taken them so long. The one son replied that they couldn’t see any fish until they were in sight of Shetland.

This all made sense to the Shetlanders then, these men were selkie folk, seals who could take human form. After that the bad atmosphere lifted and the men started to talk together. The secret was out and was no longer a barrier to them.

Just before the Shetlanders left the father asked the old Norwegian what had happened to him to make him lame. The old man hobbled over to an alcove in the wall and took out a rusty knife with a hardwood handle. The Shetlander recognised it, with his initials burnt into it. “This,” said the old Norwegian, “is what you stuck into me on the Goita Skerry all those years ago.” 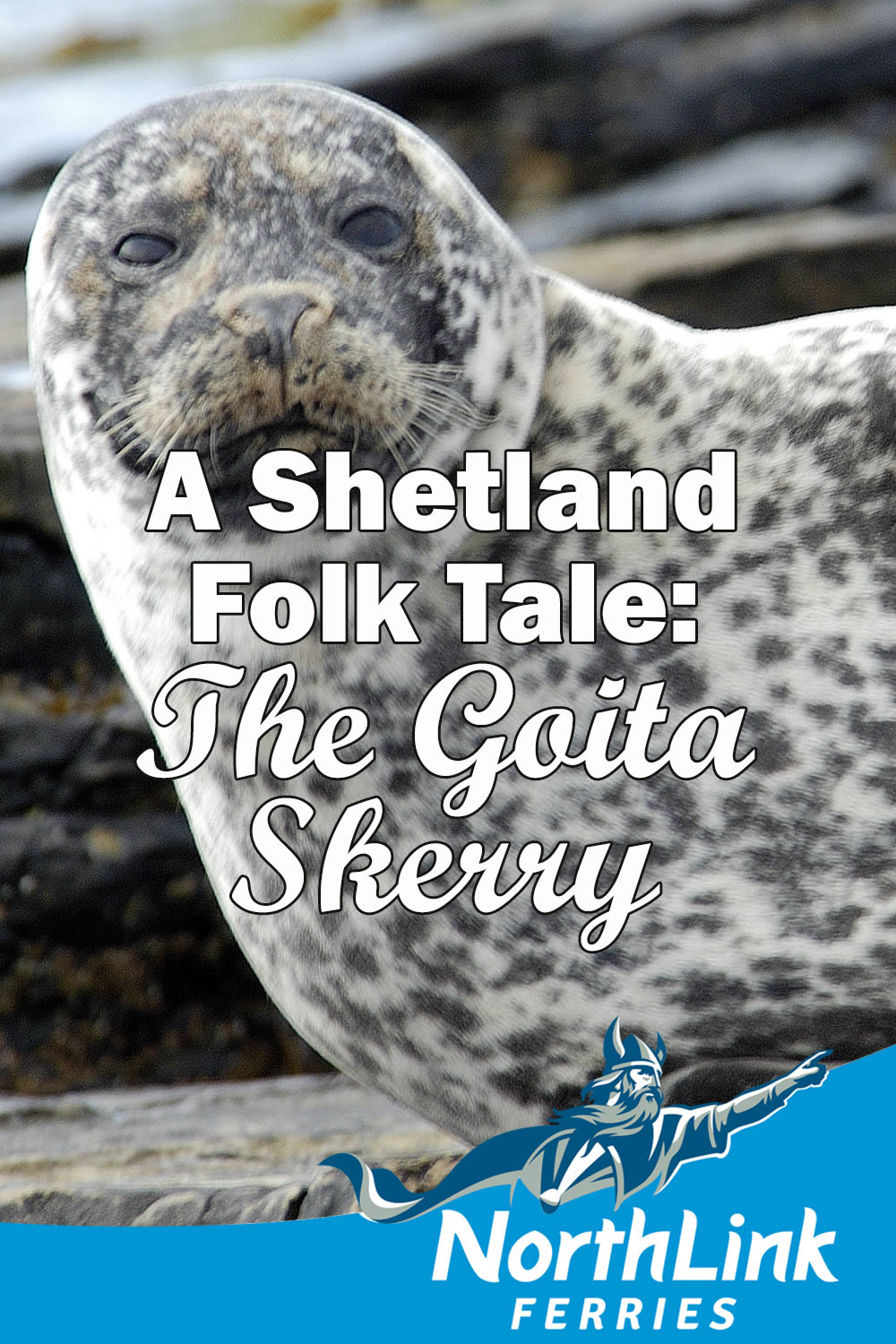 Located at the most-southerly point of mainland Shetland, Sumburgh Head is a fantastic tourist destination. From incredible wildlife to interesting history, here are 7 fascinating facts about the area!

Things to do in Shetland in the evening

Shetland is home to a wealth of magnificent things to do and see during the day, potentially leaving you scratching your head on what to do in the evening. We have put together a list of ideas on how to spend your evenings in Shetland!