All about Scalloway Museum – an interview with Wilma Irvine

Scalloway is one of our favourite places in Shetland – a picturesque village with lovely shops and restaurants, set in a beautiful bay, with an amazing castle and inspiring war story. 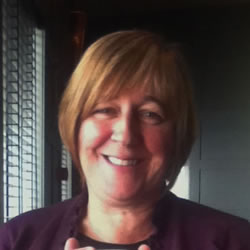 Scalloway now has a brilliant new museum too and we were delighted when Wilma Irvine, Secretary of the Shetland Bus Friendship Society agreed to answer our questions about it!

Norwegian fishing boats, crewed mostly by young Norwegian volunteer fishermen made regular, long, dangerous crossings in the depths of winter to help the resistance by landing munitions, radios, agents, saboteurs and radio operators,  and to bring back refugees and those fleeing the Gestapo.

Q. First of all, can you tell us a bit about Scalloway?
A. Scalloway was the Ancient Capital of Shetland and is situated only 5 miles from Lerwick.  The population is approximately 1,200.  The village offers many amenities, both for locals and visitors alike.  Scalloway has its own Primary School, swimming pool, hairdressers, Fisheries College, gym, Castle and Museum.  Paparwark, the woodworking business which is on the Craft Trail, is also situated in Scalloway. The village also has four eateries – the Scalloway Hotel, Da Haaf Restaurant, the Kiln Cafe and the Chinese takeaway.  The local shops are worth a look, with many hidden bargains!

Q. The Scalloway Museum is owned by a charity, the Shetland Bus Friendship Society – can you tell us about the charity and how you came to be involved with it?
A. The Charity was formed in 2001 and was set up to create a Memorial for the men of the Shetland Bus.  We have members throughout Shetland and the United Kingdom and, indeed, all over the World.

I became involved with the Shetland Bus Friendship Society when the retired Secretary asked if I would like to begin volunteering in the Museum.  I began on the very day of the official opening and have continued ever since.  I then took on the role of Secretary of the Shetland Bus Friendship Society.  I also do some ordering for the shop and am on the Events Committee, both of which are of great interest.  The Museum is a lovely place to volunteer and we are all part of a multi-talented team which has resulted in our wonderful Museum.

Q. Can you tell us a bit about the Shetland Bus?
A. The moniker ‘Shetland Bus’ was a nickname given to a secret operation set up by the British Secret Service during the Second World War to establish a reliable and permanent link between Shetland and occupied Norway.  Norwegian fishing boats, crewed mostly by young Norwegian volunteer fishermen made regular, long, dangerous crossings in the depths of winter to help the resistance by landing munitions, radios, agents, saboteurs and radio operators,  and to bring back refugees and those fleeing the Gestapo.

The first base in Shetland was situated at Lunna, near Vidlin but after a year it moved to Scalloway where there were vital repair and maintenance facilities as well as greatly improved living accommodation for the men.   In 1943, after 44 of the crewmen had been lost through enemy action and shipwreck, the decision was made to replace the fishing boats with three submarine-chasers which had been gifted by the USA.  No lives were lost on subsequent missions.   The exceptional bravery of the crewmen and the thrilling accounts of their many missions have become legendary.

Q. Scalloway previously had a smaller museum – when was it opened and what did it contain?
A. The original Scalloway Museum was situated in the centre of the village and was opened in 1986.  The Museum was crammed full of artefacts pertaining to the Shetland Bus and life in Scalloway through the ages and proved to be a very popular destination for visitors coming to the village.

Q. When and why did the Shetland Bus Friendship Society decide to open a new museum? When was it finally opened?
A. The Shetland Bus Friendship Society became aware of the old disused knitwear factory becoming available and, after much fund raising and negotiating, the new Scalloway Museum opened with a small exhibition for the Tall Ships Event which visited Shetland in the Summer of 2011.  The Museum opened with its full exhibitions in May 2012.  We were very fortunate to have the Prime Minister of Norway open the Museum.

Q. What exhibits can visitors to the new Scalloway Museum expect to see?
A. The Museum’s main exhibit is that of the Shetland Bus but of course we have many other sections covering the local area and its development from prehistoric times.   Areas covered are Ancient Scalloway, The Viking period, The Boom Years of the Fisheries, In Time of War and Scalloway’s People.  The middle section of the Museum changes from year to year.  This year we have featured Clement Williamson, a local photographer with an extensive display of his photos which has attracted much local interest.  Next year, visitors can look forward to a display on Scalloway and its surrounding areas during the Second World War – part of the celebrations for 70 years since the war ended.

Q. What exhibit in the new Scalloway Museum attracts the most attention?
A. The Shetland Bus is, of course, the most popular exhibit with many visitors coming solely to Scalloway to see the displays and learn about the story.

Q. Does the new Shetland Museum have anything of interest to children?
A. The Museum has a large play area which is very popular with visiting children.  Many locals have a season ticket to the Museum so that they can take their children to the Museum to play on a regular basis.  We also have a trow (troll) hunt which is very popular with all ages.  A Shetland Bus workbook is available for older children and we also offer colouring sheets and word searches in the play area.

Our replica wheelhouse is always attractive to the children who visit as they can have a go at steering the “ship” and checking the instruments.

Q. Do you have a shop or a cafe in the new Scalloway Museum?
A. We have a lovely shop in the Museum selling a wide range of goods with prices to suit all pockets.  The Museum has many out-knitters who knit throughout the winter months and sell their beautifully handcrafted knitwear in the Museum in the summer.  Soft toys, mugs, flags, soap, magnets, coasters and books are also on sale.

The Museum’s cafe sells hot and cold drinks with locally-baked cakes and biscuits on offer. We also sell chocolate biscuits and boxes of oatcakes. The cafe is a lovely place to sit with stunning views of Scalloway Castle.

Q. Have you had any special guests visiting the new Scalloway Museum?
A. The Museum was opened by Jens Stoltenberg,  the Prime Minister of Norway at the time of the official opening.  Last year we had a visit by members of the Norwegian Special Forces  and we were honoured to entertain them in the Museum.  Queen Sonja of Norway came with a small group of friends on a private visit recently and was able to browse around the Museum undisturbed as no-one knew who she was.  All our visitors to the Museum are special though, and they all receive the same warm welcome.

Q. What would you like a visitor to take away from the experience of visiting Scalloway Museum?
A. I think if they could take away the enormity of the stories of human endeavour which we feature in the Museum, our work would be justified.  I hope also that they would have felt at home in the Museum as all the volunteers offer a very warm welcome and a wealth of local knowledge with plenty of chat and laughter.

Q. If a visitor was touring Scalloway and surrounding area, where else would you advise them to visit?
A. The first place to visit after the Museum would, of course, be the Scalloway Castle.  It is then worth taking a walk through the village of Scalloway to discover the hidden lanes with their picturesque cottages.  Carrying on through the village, visitors will come first to the Shetland Bus Memorial and then to the Prince Olav Slip and Norway House.  These places are all connected to the Shetland Bus story.

Scalloway has its very own sculpture trail with many hidden throughout the village.

We always advise visiting the working croft in Trondra and the beautiful beaches which can be found in Burra Isle.

Heading north, visitors can see the Law Thing where ancient Vikings met to set laws and deal with disputes – like a modern day Court or Parliament.  The lochs at Tingwall and Asta have a large variety of birds feeding on them.