All about Up Helly Aa

Sailings to and from Orkney and Shetland are open for all travellers however, there are currently local restrictions in Aberdeen. Also, to allow physical distancing, there will be limits on the numbers that can sail, so please book ahead to avoid disappointment. Please note that passengers must disembark the vessel upon arrival. Log in / Forgotten Password? / Register as an Islander / Register as a standard customer / Book as a guest.

In January, one of the darkest months of winter in Shetland, fires are lit to celebrate the islands heritage. Up Helly Aa is the biggest event in Shetland, and is one of the most compelling reasons to visit Shetland.
Accommodation and travel are booked up fast – so if you’re lucky enough to find space for Up Helly Aa – book as soon as you can!

The History of Up Helly Aa

The festival itself is relatively new – and grew from older Yuletide and New Year festivities, when young men beat drums, blew horns, fired guns, shouted and caused mischief on Old Christmas Eve. In 1840 tar barrels were introduced into the proceedings – and were dragged (on fire) on sledges through the town by squads of masked young men. Tar barrelling was abolished – but only really stopped when the young men of Lerwick had grown tired of it.

Change came around 1870, when a group of young men injected new ideas into the proceedings – delaying the celebration until late January, introducing a far more elaborate form of disguise – “guizing” and incorporating a torchlight procession. The Up Helly Aa “bill” displayed at the Market Cross was introduced and it poked fun at the pompous – sometimes driving the victims to fury. Later on Viking themes were introduced and in the late 1880s the replica Viking Longship was introduced into Up Helly Aa.

Since the Second World War, Up Helly Aa has become a much bigger festival, which is efficiently coordinated throughout the year. Previously, individuals kept open house to welcome the guizers on Up Helly Aa night, now large Halls throughout Lerwick (including Holmsgarth Terminal) are opened to entertain them.

“The festival itself is relatively new – and grew from older Yuletide and New Year festivities, when young men beat drums, blew horns, fired guns, shouted and caused mischief on Old Christmas Eve. In 1840, tar barrels were introduced into the proceedings – and were dragged (on fire) on sledges through the town by squads of masked young men.”

What happens on the day

Up Helly Aa takes place on the final Tuesday of January, this year on Tuesday 28th January 2020. The day involves a series of marches and visitations and in the evening is the most famous part – the torch-lit procession. At 7.30pm, a signal rocket explodes in the sky above the town hall, torches (stout fencing posts, topped with paraffin-soaked sacking) are lit, the band begins to play and a blazing procession begins, snaking half a mile behind the Guizar Jarl – who stands upon his replica Longship.

The Galley is dragged by the Jarl’s Squad to the burning site (at other times of the year, a children’s playground) through a crowd of five thousand spectators, and then the torchbearers form a circle round the Longship and sing the traditional Up Helly Aa song (lyrics can be found at the bottom of the page). Another rocket is fired and the Jarl leaves the ship. A bugle call sounds, and the torches are hurled into the galley. The sight of the galley ablaze is amazing – but the night does not end there. Later on and well into the next morning there follows hours of performing and dancing in halls throughout Lerwick. Various Squads of men visit each hall and perform a piece. In Holmsgarth Terminal, visitors arriving from the NorthLink Ferry the next morning will arrive to a party still in full swing!

There are other Fire Festivals throughout Shetland during the winter – and in the other fire festivals women can participate as torch-bearers and guizers, unlike in Lerwick. Scalloway Fire Festival, held earlier in January, is unique in that the Galley is burnt whilst floating on the sea.

Dates for all Shetland Fire festivals are as follows –

If you don’t manage to see any of the Fire Festivals, there is an Up Helly Aa Exhibition in the Galley shed in Lerwick from mid-May until mid-September.

From grand old Viking centuries Up-Helly-A’ has come,
Then light the torch and form the march, and sound the rolling drum:
And wake the mighty memories of heroes that are dumb;
The waves are rolling on.

Chorus: Grand old Vikings ruled upon the ocean vast,
Their brave battle-songs still thunder on the blast;
Their wild war-cry comes a-ringing from the past;
We answer it “A-oi”!
Roll their glory down the ages,
Sons of warriors and sages,
When the fight for Freedom rages,
Be bold and strong as they!

Of yore, our firey fathers sped upon the Viking Path;
Of yore, their dreaded dragons braved the ocean in its wrath;
And we, their sons, are reaping now their glory’s aftermath;
The waves are rolling on.

In distant lands, their raven-flag flew like a blazing star;
And foreign foemen, trembling, heard their battle-cry afar;
And they thundered o’er the quaking earth, those mighty men of war;
The waves are rolling on.

On distant seas, their dragon-prows went gleaming outward bound,
The storm-clouds were their banners, and their music ocean’s sound;
And we, their sons, go sailing still the wide earth round and round;
The waves are rolling on.

No more Thor’s lurid Hammer flames against the northern sky;
No more from Odin’s shining halls the dark valkyrior fly;
Before the Light the heathen Night went slowly rolling by;
The waves are rolling on.

We are the sons of mightly sires, whose souls were staunch and strong;
We sweep upon our serried foes, the hosts of Hate and Wrong;
The glory of a grander Age has fired our battle-song;
The waves are rolling on.

Our galley is the People’s Right, the dragon of the free;
The Right that rising in its might, brings tyrants to their knee;
The flag that flies above us is the Love of Liberty;
The waves are rolling on. 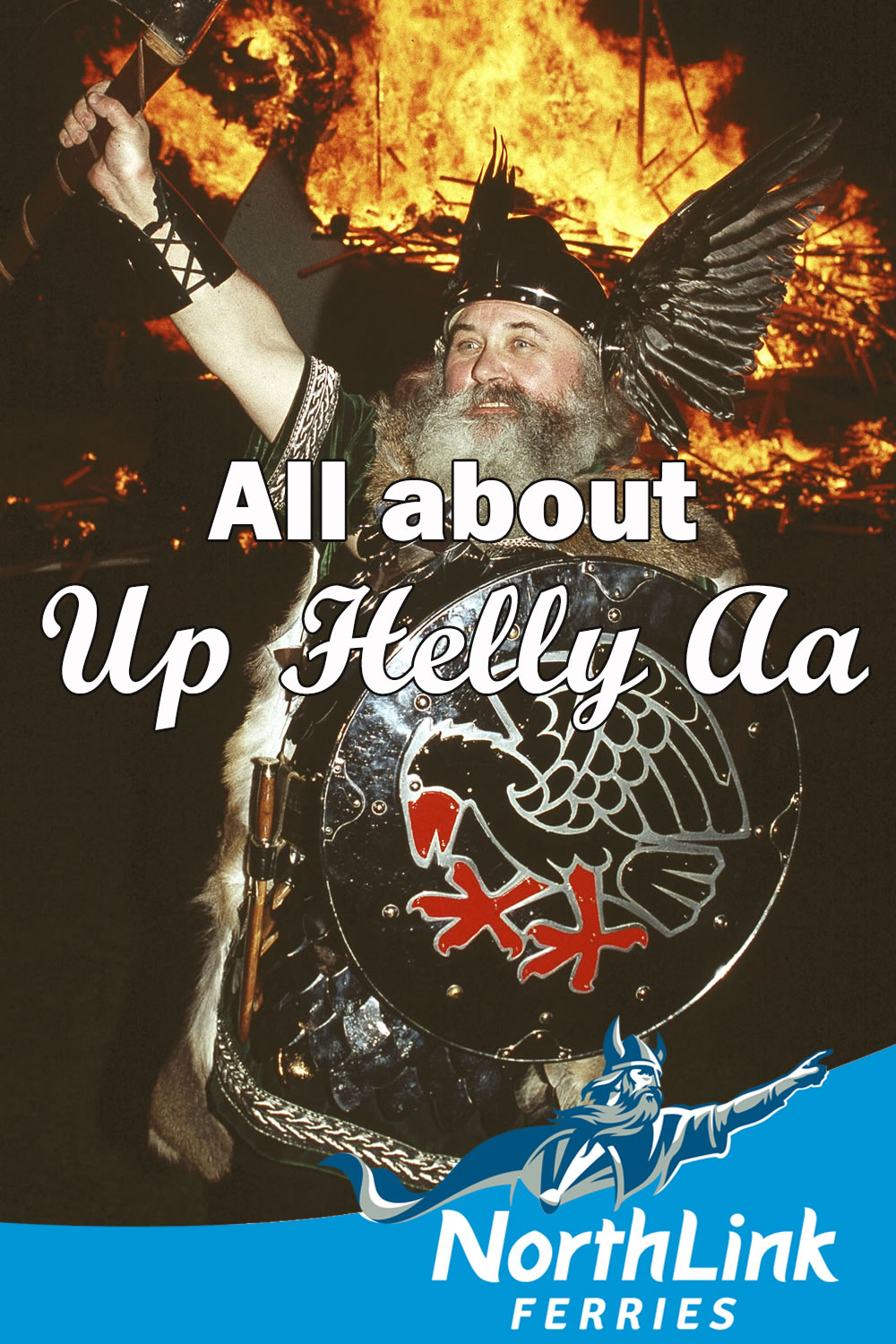 Between 875AD and 1469 Shetland was part of Scandinavia and was ruled by Norse earls. Though now part of Scotland, there are several places we would recommend visiting in Shetland to see the influence of the Vikings!

We know that Shetland visitors want to be armed with as much knowledge as possible, and what better way than to follow some of the best Shetland Instagram accounts!

A trip to Hoswick Visitor Centre