Shetland has long been associated with the distinctive knitwear that is produced in the islands. The wild landscape is perfect for rearing sheep, and Shetland has its own small, hardy and colourful native breed. For centuries, knitting has been an important part of a self-sufficient island life. Now Shetland knitwear has reached global fame, with Shetland Wool Week becoming one of the most popular events in the Shetland calendar.

Famous Beatles star Paul McCartney sported a Fair Isle jumper on a visit to Shetland in 1970.

We’ve compiled 9 fascinating facts about Shetland knitwear that may surprise you!

1. Shetland knitwear was worn to conquer some of the most inhospitable places on Earth

When Sir Edmund Hillary and his Sherpa guide, Tenzing Norgay, completed the summit of Mount Everest in 1953, they were wearing Shetland jumpers. These plain knitted jumpers were produced by Adies of Voe, a large company that ran various successful enterprises from their premises in Lower Voe throughout the 19th and 20th centuries. They shipped their knitwear and tweed worldwide, including to many of the great fashion houses in London and beyond.

Shetland knitwear was also worn on various expeditions to the Arctic in the 1950s. They were used as key layering pieces, and, more recently, the hats made by Fair Isle Made In Fair Isle kept explorers’ heads warm on their Arctic Return Expedition in 2019.

2. There are 11 main colours recognised in the Shetland sheep

3. The Gunnister man provides us with the first evidence of Fair Isle knitting

The Gunnister Man is a bog body discovered buried in the peat at Gunnister, Northmavine, in 1951. He is thought to have died around 1700, and his clothing gives us a tremendous insight into how ordinary people were living – and dressing – at this time.

He carried a knitted purse, knitted in the distinctive patterned fashion of Fair Isle, and is the earliest piece of patterned knitwear to have been discovered from Shetland. In fact, the knitted garments worn by the Gunnister Man show the earliest complete examples of knitting in Shetland. In his purse, he carried Dutch and Swedish coins. This is no indication that he was foreign, but more a reflection of Shetland’s strong trade links with foreign powers at this time.

You can see a reconstruction of the Gunnister Man and his clothing in the Shetland Museum & Archives.

4. Betty Mouat was attempting to sell her shawls when she was swept away to Norway in 1886!

The tale of Betty Mouat is one of Shetland’s best-loved stories from the past, regaled and retold from generation to generation. Betty Mouat was an ordinary Shetland crofter who lived at Scatness in Shetland’s South Mainland. In February 1886, she boarded the smack Columbine on her way to Lerwick – she had an appointment with the doctor and some simple knitted shawls to sell in town.

After leaving the pier at Grutness, a squall hit the boat, washing the skipper overboard. The two remaining crew launched the small boat to rescue him – which they did – but, while retrieving the skipper, the Columbine gathered pace under a strong wind and made off without them, with only Betty remaining onboard. The crew gave up all hope of getting the vessel – or Betty – back again until, nine days later, they washed up on the island of Lepsoy in Norway.

Betty, a simple hand-knitter like most women at that time, shot to fame after her trip to Norway and even received a letter of congratulations from Queen Victoria for her epic journey. The exposure Betty received put Shetland knitwear in the public eye, popularising it and increasing demand.

5. Fair Isle knitwear has been worn by royalty … and a Beatle!

The Prince of Wales Fair Isle V-neck jumper is one of Shetland’s most famous jumpers. The jumper, originally knitted for the Prince of Wales – the future King Edward VIII – was worn on the golf course and has gone down in history following its royal seal of approval. It was worn in 1922 while the young Prince Edward was teeing off from the course at St Andrews, instantly popularising Fair Isle as a brand worthy of kings!

6. The earliest example of woven cloth was discovered at Eastshore Broch

The earliest examples of woven cloth – that predates knitting – were discovered at Eastshore Broch, a 2,000-year-old Iron Age broch site in the South Mainland (pictured above). The fragments, now held in Shetland Museum & Archives, are a hugely significant find, given that textiles don’t survive well in the archaeological record. We know that people were weaving cloth at this time from the hundreds of loom weights that have come from archaeological assemblages across the Northern Isles.

7. Fair Isle knitting is thought to have come from Spain

In 1588 the El Gran Grifon, one of the ill-fated Spanish Armada fleet ships, washed ashore at Stroms Hellier in Fair Isle. The crew spent some time on the island before their rescue and, it is believed, taught the local people how to knit the distinctively patterned knitwear that has come to be so synonymous with the island today.

However, there is also evidence to suggest that the knitting was influenced by Scandinavian patterns – I guess we will never really know where it originated from.

8. There are over 30 recognised markings in Shetland sheep

Over 30 markings have been recognised in the native Shetland sheep – all of which have fantastic descriptive dialect names including katmoget (having a light coloured body with dark belly and legs and a moget face. The reverse of Gulmoget), sholmet (of any colour, other than white, with a white face) and yuglet (having colour around eyes different from the remainder of the body).

However, over 60 markings have been identified and included in the Colours and Markings Poster available to buy from the Shetland Sheep Society.

9. Wool has incredible thermal qualities … and much more besides!

Wool is an excellent natural material. The properties of wool keep you cool when it’s hot and warm when it’s cold. Knitwear designer Terri Laura produced a fantastic blog that details all the remarkable properties of wool. Among others, she tells us that wool keeps the air cleaner in your home, can act as a fire retardant and is sustainable, eco-friendly and biodegradable! Read more about the Amazing Benefits of Wool here.

And there you have it – be sure to check out the local knitwear when you visit the islands! 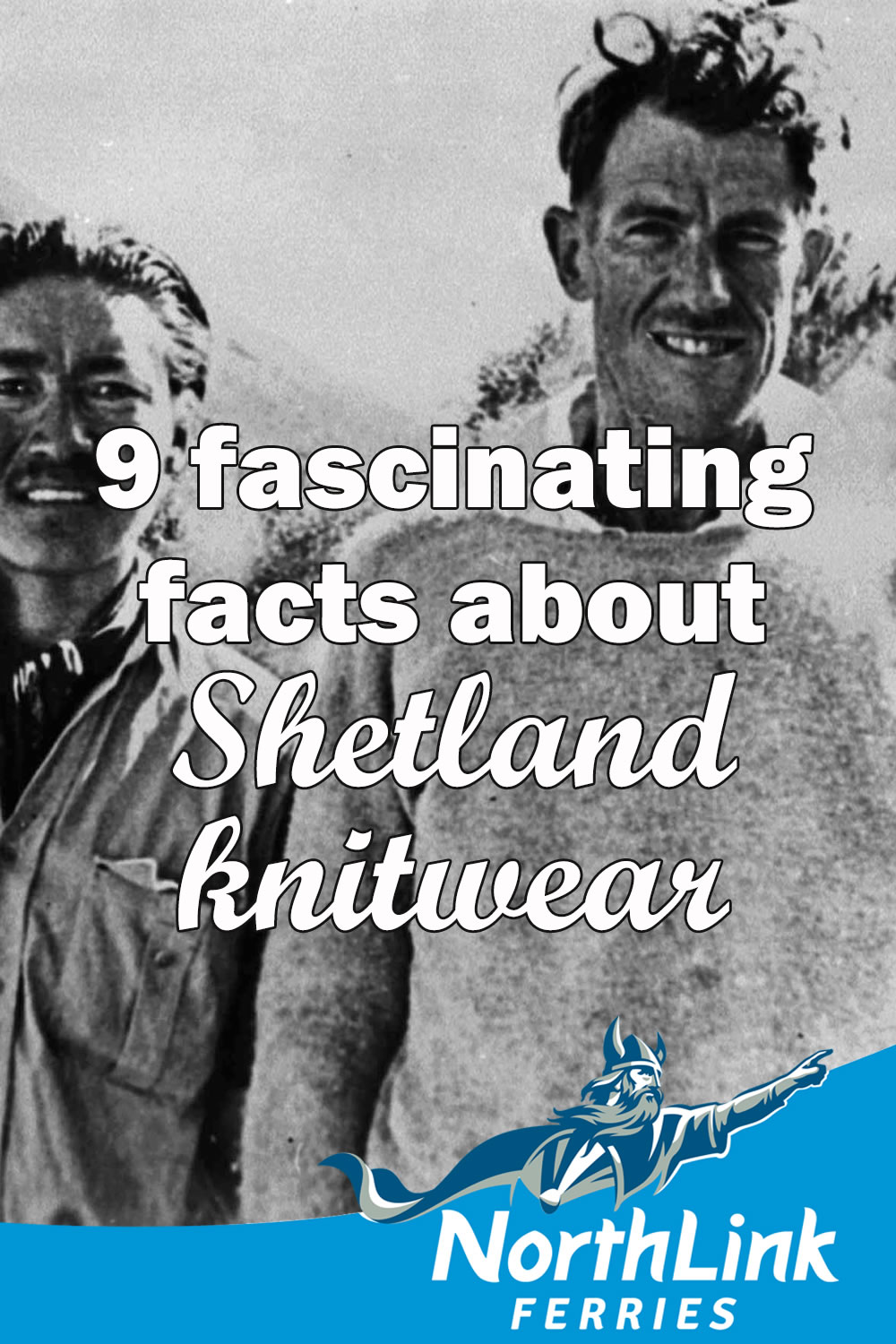