Fascinating facts about Jarlshof you may not know!

If you only visit one archaeological site in Shetland, then it has to be Jarlshof. Located on the south tip of Shetland, this site was occupied for 4000 years and contains buildings from many different time periods.

Jarlshof was named by Sir Walter Scott when it was used as a location in his 1822 novel The Pirate. Though he named it Jarlshof, meaning ‘Earl’s House’, there was no evidence of any Viking Jarls having stayed there!

We’ve gathered some fascinating facts about Jarlshof over the ages.

It is thought that the first people to reach Shetland landed close to Jarlshof 5,000 to 6,000 years ago because many prehistoric settlements are found in the south of Shetland. The shallow bay here offered good trade links, stones for building and access to food (fish and shellfish). Nearby there is fertile land for farming and freshwater springs.

The earliest house at Jarlshof is an oval house – typical of Bronze Age dwellings in Shetland – rectangular buildings only became popular later!

These houses were made of stone with a wood or turf roof, and were reinforced and insulated by midden (domestic rubbish) which surrounded the walls. For archaeologists the midden – grain, cattle bones, sheep bones and a very large amount of shells – offered valuable clues about the diet and lives of Bronze Age people.

In the Bronze Age Smithy at Jarlshof a skilled blacksmith used a charcoal hearth and poured molten bronze into clay moulds to cast tools and weapons. Fragments of moulds for creating axes, knives, swords and pins were found here. Given that bronze is made of copper and tin, and that the nearest tin deposit is in Cornwall, the people at Jarlshof must have had strong sea-faring trade links!

When Jarlshof was unearthed, sand covering the bronze Age buildings indicated that Jarlshof was unoccupied for a period of time between the Bronze and Iron Age.

In the Iron Age, building took place much closer to the sea. This however has meant that coastal erosion has claimed half of the broch. Built partially on top of the Bronze Age buildings, the broch was a tall circular building that resembled an industrial chimney. At 13m high it was a symbol of power which was surrounded by small stone outbuildings.

After the broch fell out of use, it was used as a quarry for later buildings.

Built using stone from the broch’s higher levels, these four (only two remain) smaller circular buildings had an open central space with a hearth and outer ‘compartments’, perhaps for privacy or particular tasks. They would have been cosy, but with a turf roof and no windows they would have been dimly lit!

Wheelhouses can only be found here, at Old Scatness and in the Western Isles. Those at Jarlshof are thought to be one of the best preserved, but are unusual in that they are not subterranean.

It’s unknown whether the Picts had left Jarlshof when the Vikings arrived, if the Vikings forced them out or if they co-existed. It’s possible the Vikings had traded goods with the Picts beforehand – Jarlshof is just a 2 day sail from Norway.

What is known is that, during the Norse period, from the 9th to the 14th century, the houses changed shape from circular buildings to a more Scandinavian rectangular style. The settlement expanded with more longhouses, outhouses and sheds built over 12 to 16 generations – and sheep, cattle, pigs, ponies and dogs were kept.

Artefacts uncovered from this period included line weights for deep water fishing and loom weights for creating wool. The Norse settlement at Jarlshof is mentioned in the Orkneyinga Saga.

This rectangular stone building was an evolution from the earlier Norse longhouses. It had a circular kiln and inside this, grain would be placed on a platform above a fire to dry out.

In 1472 Orkney and Shetland were given to Scotland as part of a dowry payment by an impoverished Scandinavian King. After this, Scots moved to the islands and took their architectural influences with them. At Jarlshof a great hall with a barn, outhouse and kitchen were built.

The Laird’s House fell into the hands of the brutal Earl Robert Stewart, Lord of Shetland and was later modernised in 1605 by his son Patrick Stewart and renamed the “Old House of Sumburgh”. The house was occupied by the steward for South Shetland, William Bruce, but Patrick Stewart ransacked the house following a quarrel with his tenant in 1608!

The house was repaired later. However by 1800 it had been abandoned and left to become a ruin.

Some gravestones can be seen at Jarlshof which are assumed to be gravestones of shipwrecked sailors. It is possible that the land was used as a temporary burial ground in the 18th century after nearby Quendale Church was overwhelmed by a sandstorm.

Jarlshof was named by Sir Walter Scott when it was used as a location in his 1822 novel The Pirate. Though he named it Jarlshof, meaning ‘Earl’s House’, there was no evidence of any Viking Jarls having stayed there! All that remained was the ruined Laird’s House on top of a grassy mound.

In 1897, a storm washed away part of the shore and exposed a cluster of buried buildings. Landowner John Bruce was the first to investigate the site, but in later years (between 1925 and 1952) Jarlshof attracted some of the most eminent archaeologists of the early 20th century and was one of the first sites to be excavated using modern scientific techniques.

Jarlshof is one of the best examples of sequential occupation of a site – but this also made it difficult for even seasoned archaeologists to piece together. However, the visitors centre on the site, together with an audio tour and fascinating illustrated information boards do a brilliant job of explaining the site to visitors.

Make sure you visit this fascinating archaeological site on your next trip to Shetland! 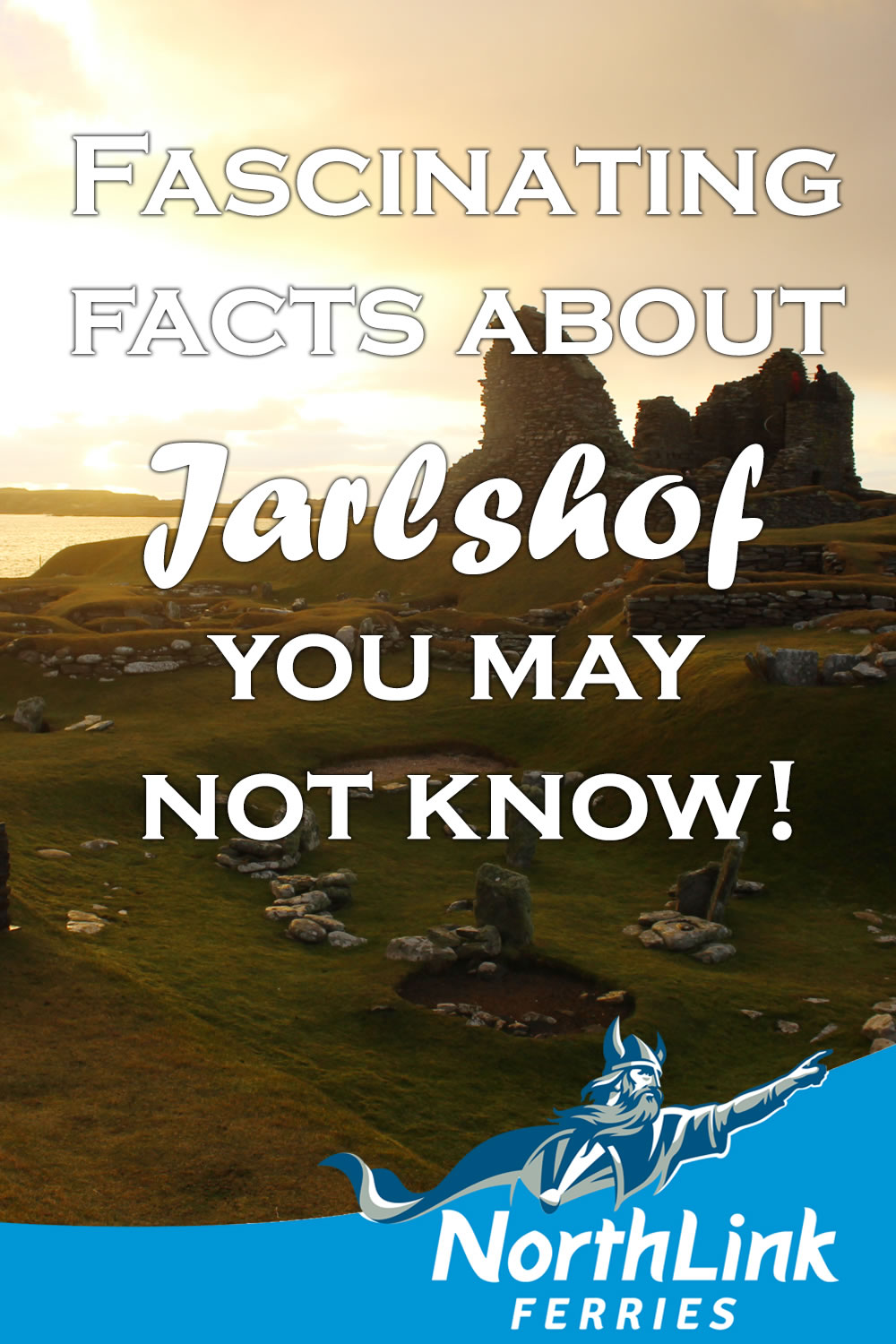