Muckle Flugga Lighthouse is Britain’s most northerly lighthouse. Located off the coast of Unst, Shetland, it stands precariously on a series of sharp rocks jutting out of the sea. The lighthouse was built with the purpose of protecting Her Majesty’s ships as they headed into battle during the Crimean War.

The Light keepers would spend one month at work followed by one month ashore. Heavy seas, winter gales and the harsh North Sea all took their toll.

We have compiled a few things that you may not know about this uniquely named lighthouse.

Muckle Flugga Lighthouse was commissioned by the Government during the Crimean War (October 1853 to February 1856). In February 1854, David A. Stevenson was directed to Shetland to survey sites for lighthouses. His initial observations of the dangerous and stormy weather conditions at Muckle Flugga (the name comes from Old Norse, Mikla Flugey, meaning large steep-sided island) led him to recommend alternative sites to build.

These alternative suggestions included a lighthouse to be built in Whalsay and one at Lambaness on Unst. However, these recommendations were overruled, and Muckle Flugga was insisted upon as the best site for a lighthouse.

David and his brother Thomas Stevenson built North Unst Lighthouse (as it was named then) on Muckle Flugga. The first lighthouse on Muckle Flugga was a temporary structure built in 1854. However during the winter, waves would sweep right over the 200ft summit of the rock!

There was a time when a wave broke through the massive iron door and flooded the accommodation huts. The temporary structure could not withstand the stormy conditions at Muckle Flugga.

Instead, a permanent structure made of brick was constructed in 1858. A circular protective wall was built alongside the new tower. Not a single drop of water has ever managed to come in – the tower was very well-built!

This permanent structure was renamed Muckle Flugga Lighthouse in 1964.

Muckle Flugga Lighthouse was initially built with the primary purpose of safely guiding Navy vessels through the waters surrounding Shetland during the Crimean War.

However the light also played a vital role during World War II. Leading up to the conflict, the Light keepers were not just responsible for the maintenance of the light but also managed some vital military equipment. An existing radio beacon was recommissioned on Muckle Flugga Lighthouse to help transmit important messages.

Light keepers were given the new role of managing and passing service messages between headquarters and the rocky outcrop they were working from. This new responsibility proved challenging for the Light keepers who also still had duties to maintain the light.

Three Light keepers lived on Muckle Flugga Lighthouse at one time. A Light keeper’s primary duty was to keep watch at night to ensure the light kept flashing correctly. However they also needed to watch for foggy conditions and be prepared to operate the fog signal if there was poor visibility.

Working in this remote location proved challenging at the best of times. They had difficult, dirty and dangerous jobs which included working at heights, handing acid, caustic soda and mercury. The Light keepers would spend one month at work followed by one month ashore. Heavy seas, winter gales and the harsh North Sea all took their toll.

A small open boat transported supplies to Muckle Flugga. Initially these supplies needed to be carried up 250 steps to the lighthouse, but later a rail and bogie was installed, and goods could be hauled up instead.

On occasion stormy conditions would prevent the boat from reaching Muckle Flugga and so supplies remained undelivered. A hoist was installed on Muckle Flugga’s pier to assist with transporting goods from the boat to the light. Later a Blondin wire system (named after French tightrope walker, Charles Blondin) was able to hoist goods straight off the boat and up to the light without needing to manhandle them ashore.

One particularly miserable Christmas Eve, in 1973, the hoist broke and almost all the supplies were lost down the cliff face! No deliveries could be made until 2nd January due to heavy seas.

The same small open boat would deliver the Light keepers themselves to Muckle Flugga Lighthouse and this was frequently in unfavourable and stormy conditions; they often risked their lives for their jobs!

Due to the nature of work, there would often be delays in getting home to see their family as the conditions at sea were often dangerous.

The keepers’ families lived at Burrafirth Shoreside Station based on the isle of Unst. The boatmen were also based here and they would receive radio reports from Muckle Flugga. This gave the keepers’ wives an opportunity to speak to their husbands while they were on duty. Unfortunately, private conversations were not to be had as the local people tuned in and enjoyed listening to the news from the lighthouse too!

Later, when the helicopters were introduced, working on Muckle Flugga became much safer; it was a much easier method of transportation to this exposed outpost. Deliveries to Muckle Flugga took place every second week and included the landing of basic supplies such as fresh water, food, clothing and equipment used for maintenance of the light.

The job of the Light keeper now ceases to exist as most lights are automated. Muckle Flugga Lighthouse became automated in 1995, 140 years after it was initially built, and has remained unmanned ever since.

Although Muckle Flugga Lighthouse is now automated, visitors can still go and view the lighthouse from Hermaness on Unst.

The automation of Britain’s most northerly lighthouse led to Burrafirth Shoreside Station being sold. The station now acts as the visitors centre for the Hermaness National Nature Reserve.

We recommend that the best time to visit is mid-May to early July. The area’s dramatic sea cliffs provide the best places to see many seabird colonies including puffins gannets and great skua.

We think that Hermaness and the island of Unst are super places to visit, and the sight of Muckle Flugga Lighthouse, standing lonely and exposed on a rocky outcrop in the sea, is still quite incredible. 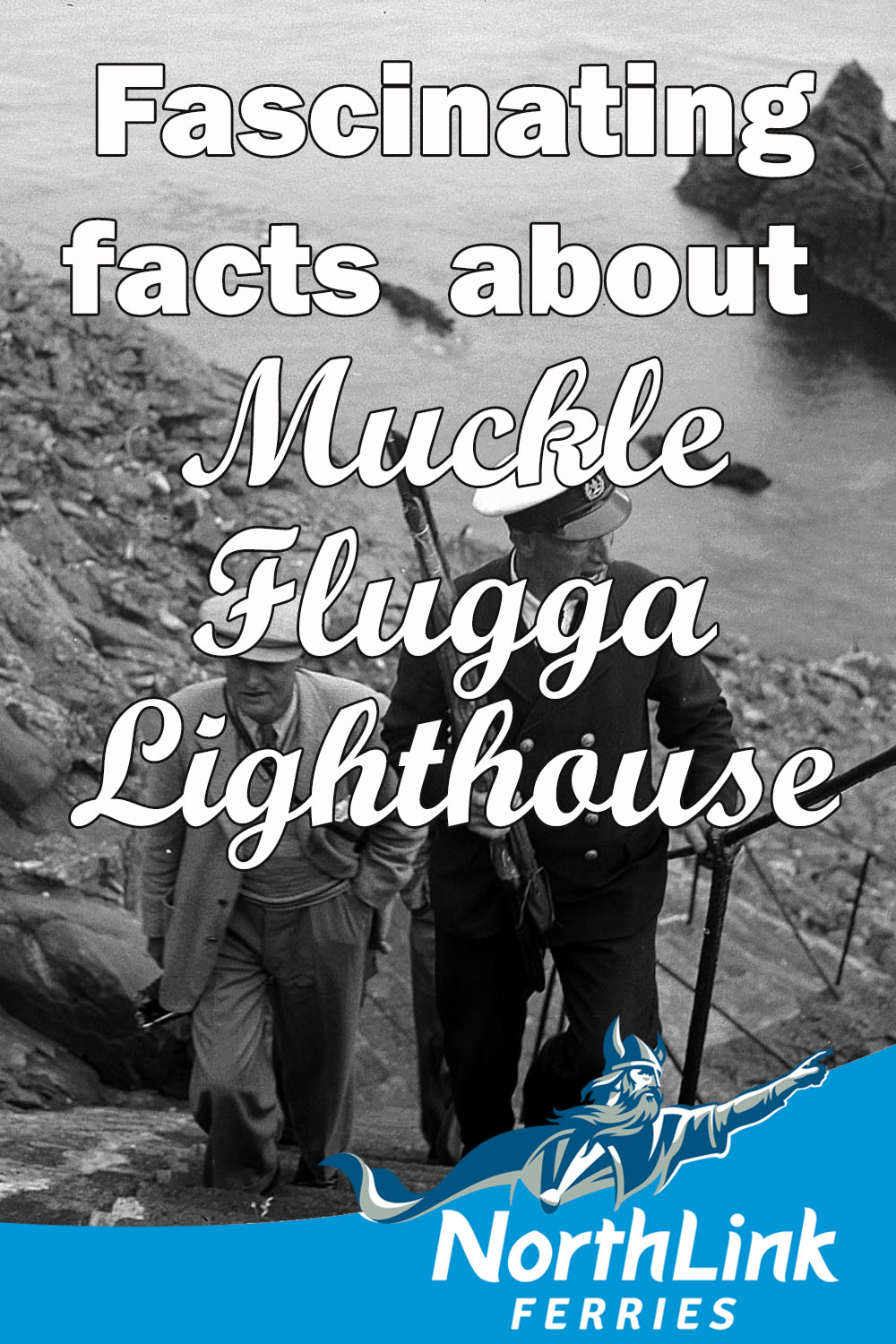