The sea has provided the inhabitants of Shetland with a plentiful supply of food for thousands of years. However farming the land has also been important to islanders. Pollen studies show subtle changes to vegetation around 5,000 BC which indicate that humans have been working Shetland’s fields since that time.

Clearance cairns can still be seen. These are mounds of stones which have been cleared from the surrounding fields.

You can easily see farmsteads from the past, especially along the quiet rural roads on the west side of Shetland. As well as seeing sheep and Shetland ponies, visitors can spot ancient dwellings and fields, and follow boundary dykes for miles across the hill.

These come from the Neolithic period, 5,000 years ago. At that time, it was warmer and drier in the Northern Hemisphere than it is now, due to subtle changes in the Earth’s orbit of the sun.

The traces left behind that reveal much about the people who lived, grew crops and kept their sheep and cattle here.

We hope you enjoy visiting these ancient farmsteads and that they offer a glimpse back to life in the Shetland islands thousands of years ago! 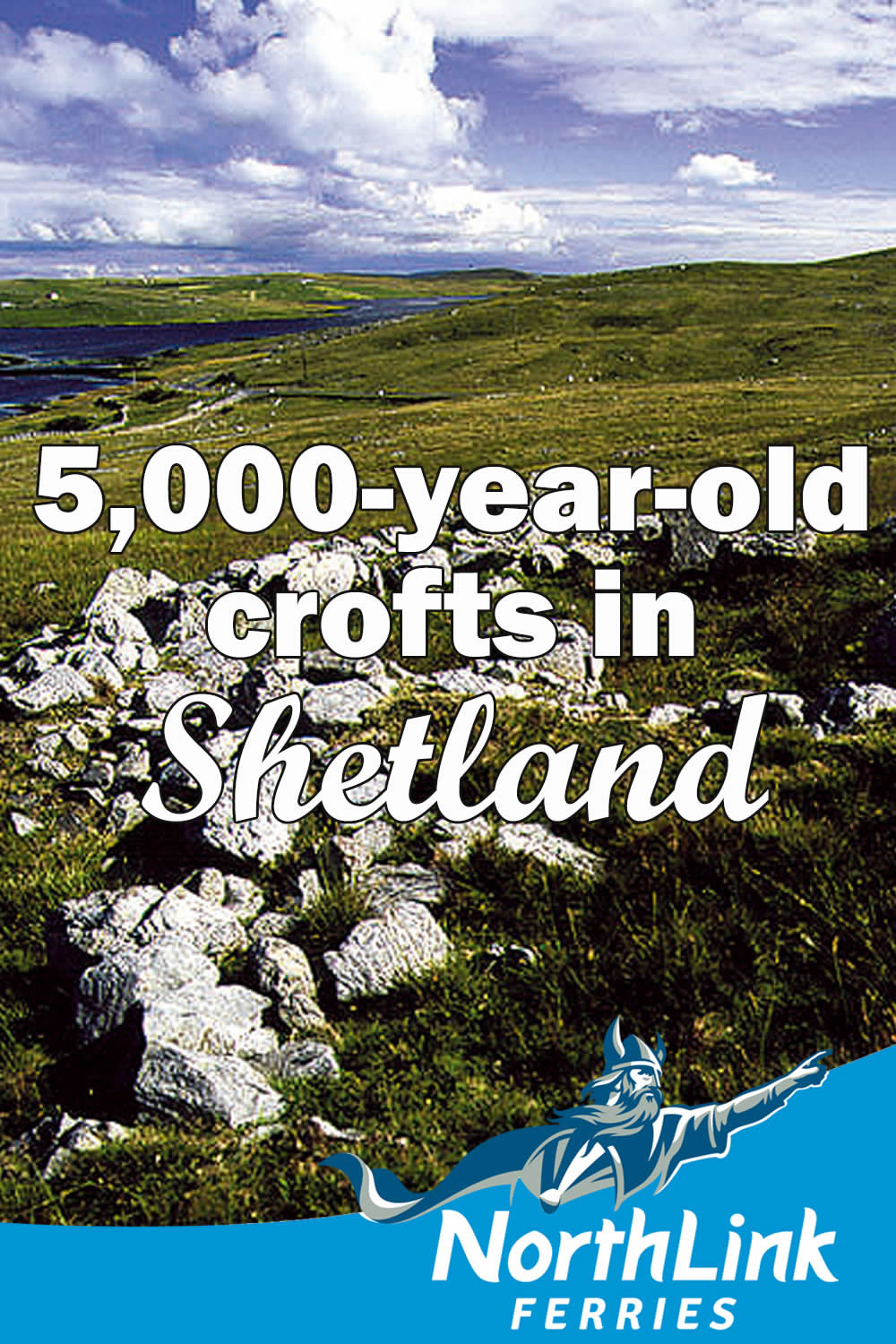