The Place Names of Shetland

Orkney and Shetland have been populated for over 6000 years, and through the course of these Islands’ history the languages spoken here have changed many times. We have no records of the language used by the Neolithic people who lived in Skara Brae, nor of the Bronze Age people who occupied Jarlshof (pictured below).

The NorthLink ship, Hjaltland, is named after the Old Norse for Shetland. One theory behind this name is that the shape of the islands on a map resemble the hilt (hjalt) of a sword.

From the early Iron Age Orkney and Shetland were inhabited by the Picts, but there is debate over the language they spoke. It is believed to have contained elements of Irish Gaelic, and several examples of carved Ogham script found in Orkney and Shetland supports this theory.

It is Old Norse that has had the greatest influence on the vast majority of modern place names. Some pronunciations have changed over time, and some place names are often the result of mapmakers mishearing local accents! One example of this is the Broch of Gurness, which was so named because of a misinterpretation of the name of the area, Aikerness, which means ‘Arable Land Point’.

Orkney itself comes from Orkneyjar, which means ‘Seal Islands‘. The Orkney Mainland was once called Hrossey, and the NorthLink ship was given the same name. It means ‘Horse Island‘.

The other NorthLink ship, Hjaltland, is the Old Norse name for Shetland. One theory behind this name is that the shape of the islands on a map resemble the hilt (hjalt) of a sword. Another theory is that the Picts referred to the earlier inhabitants of Shetland as Catts, and named it the Isle of Catts.

Hamnavoe (Harbour Bay) is the old name for Stromness and now the name of the Stromness to Scrabster ferry. The NorthLink freight ship Hildasay (battle island) is the name of an uninhabited Shetland island and Helliar is named after the uninhabited island, Helliar Holm (cave island) which lies off the coast of Shapinsay in Orkney.

Finally, as you travel around Orkney and Shetland you may spot house, farm and place names which use parts of Old Norse words. The list below should help you decipher their meaning; often the names used were quite descriptive! 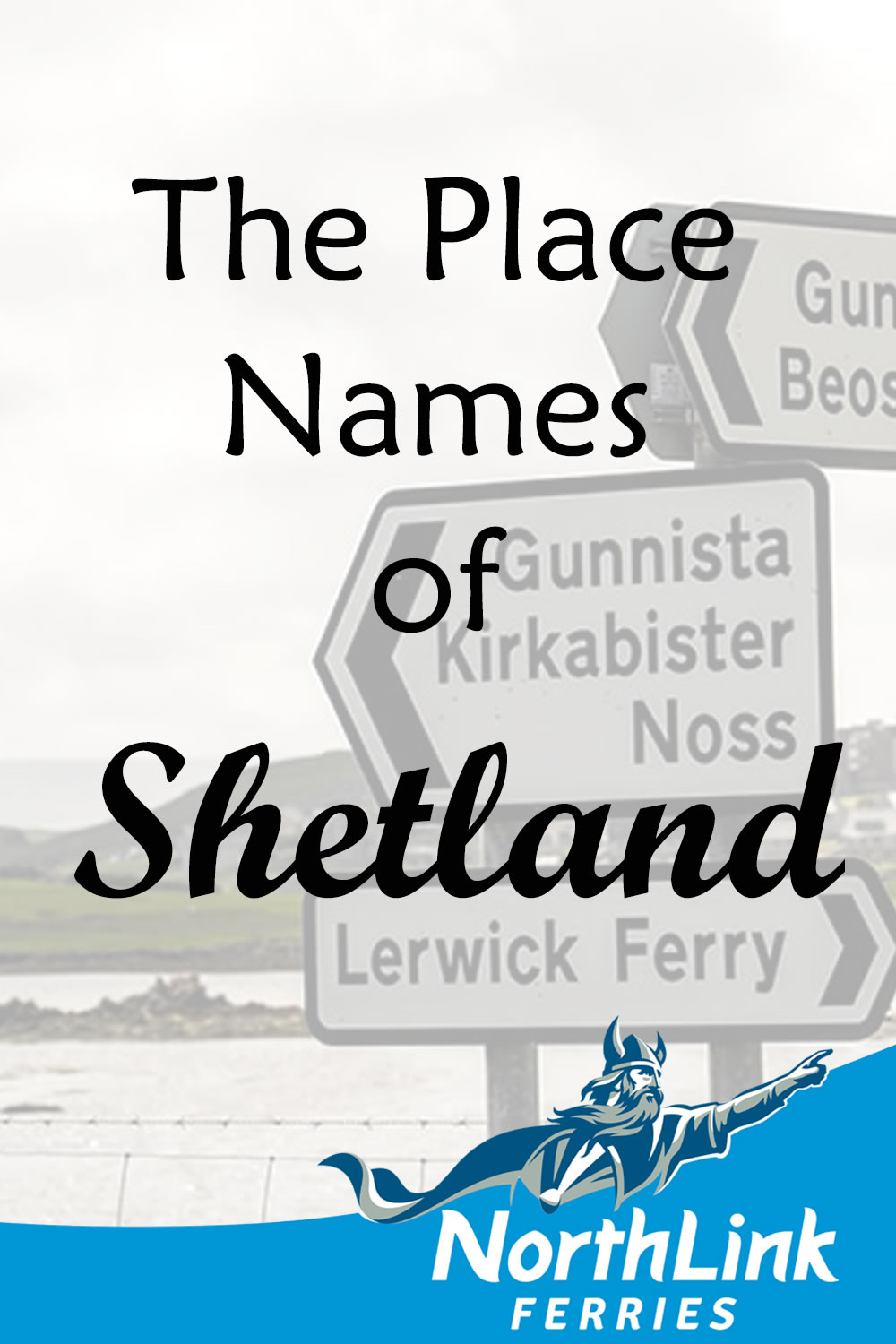