A walk to the Stones of Stofast

Laurie Goodlad, a tour guide with a business called Shetland with Laurie has written about a fabulous walk in Lunna Ness on the east side of Shetland, which she has kindly shared with NorthLink Ferries.

Between these two lochs – straddling the hill – are the great glacial erratics that make up the Stones of Stofast – dumped there, as if by the hands of giants.

The walk to the Stones of Stofast takes you across a scenic hillside to massive house-sized boulders. If you love amazing adventures and gob-smacking sights, read on!

This is a beautiful (2 hour / 2 miles or 3.5km long) walk which will take you from the road, over the hill and onto Fugla Water and the Loch of Stofast. Between these two lochs – straddling the hill – are the great glacial erratics that make up the Stones of Stofast – dumped there, as if by the hands of giants. They are an imposing sight on top of the hill, commanding incredible panoramic views.

The walk begins from a non-descript lay-by beside the cattle-grid on the road from Vidlin to Outrabister. The trail is helpfully signposted with an arrow pointing to the hill and a small route-finder map pinned to the fence post. This is enough to get you on your way, and I’d recommend snapping a photo of the map on your smartphone (providing you have one) to orient yourself along the way.

Please note that this walk is not on a bus route, the nearest bus would take you into Vidlin (3 miles away), so I would recommend using a car to get to the walk start point.

From the starting point, head straight over the hill, sticking to high ground to avoid the bog (particularly in winter, early spring, or after heavy rain). We returned to the car across lower land, skirting Fugla Water and very quickly began to play hop-scotch in the bog as we tried to pick a route through it – although this may be fun, it does require a certain amount of agility (and patience), and it is worth remembering that bogs can be dangerous.

As you make your way to the crest of the first hill, stop and take in the breathtaking views. To the north-west, views across to Mossbank, Firth and Burravoe (Yell), as well as the islands of Linga, Fish Holm, Orfasay and Samphrey. And to the east, views to Skerries and Whalsay.

Further south-east, the Noup of Noss can be seen clearly on a fine day (like we had). It feels like a unique vantage point, as you’re able to view Yell and Skerries almost in one breath – areas we assume to be remote, closely-tied together by the sea.

The landscape is a glacial one, like much of Shetland, it has been carved by the last Ice Age to pass through about 10,000 years ago. The massive stones have been laid down – not far from where they originated from – by a glacier. The Stones were originally one large boulder, weighing an estimated 2,000 tonne, now broken in two by the action of repeated freeze-thaw, the Stones were once part of a nunatak (an exposed, rocky ridge rising above the ice), which collapsed following the retreat of the ice.

It is only once you get up-close-and-personal that you can appreciate the tremendous power in that ice that carried, and moved these enormous stones – no photo will ever do justice to their sheer enormity.

Being the romantic that I am, I still like to think they were put there by giants, and are now home to the trows (trolls). The whole landscape has that eerie ‘trowie’ feel that is so familiar in the wilds of Shetland.

The Stones are a great spot for a picnic, to sit and soak up the history and geology of this special hidden corner of Shetland’s mainland.

This walk is a short one, but a much longer version of it can be done, taking in the entire Lunna Ness peninsula. Route details for that can be found here. 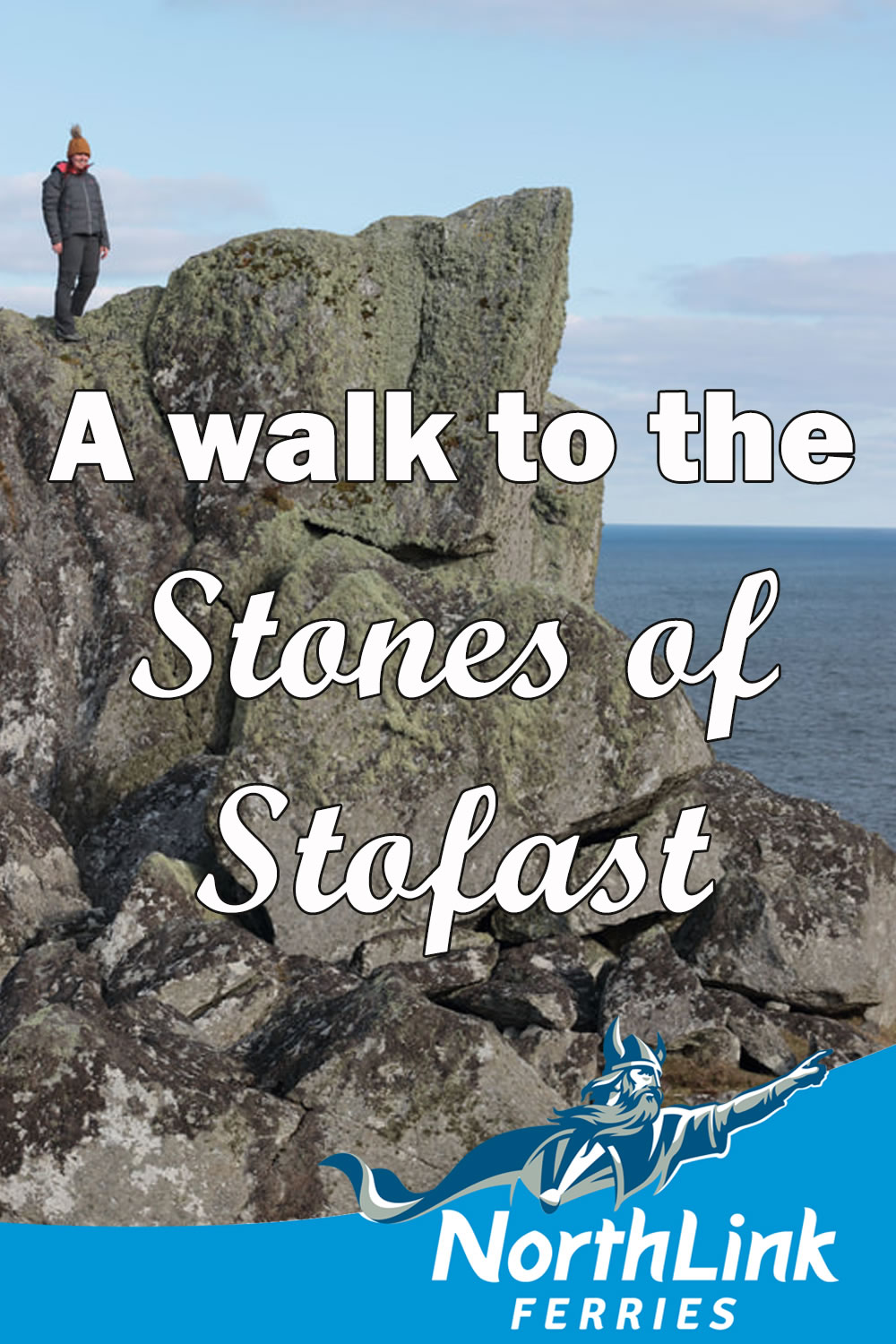