Up Helly Aa through the years

2021 and 2022 are significant years for Up Helly Aa, marking two of the few times that Shetland’s famous fire festival has been postponed until the following year.

In previous years, Up Helly Aa processions included several amazing battleship models made by the docks boys as well as the Viking longship. In 1912 the docks boys were asked to stop making other ships and to concentrate their efforts on the galley. From this year, the centrepiece – a 30ft long galley – was spectacular. The docks boys dressed as Vikings and when everyone saw how impressive they looked, they were asked to lead the procession that year.

We have taken this opportunity to look back at the other years that were significant for Up Helly Aa.

Up Helly Aa has a combination of influences. The first influence was that, in the past, Yuletide celebrations began on the 5th January (Old Yule) and ended 24 days later. This final day was called Up Helly Aa in Shetland and was a day of fire, feasting and frolic.

The second influence is the old Shetland custom of guizing. This tradition involved disguising yourself, visiting a friend’s house, performing a turn and then unmasking to reveal yourself.

The final influence would be Shetland’s Norse heritage. Vikings were feared in other parts of the world but in the north of Scotland this heritage was celebrated. Vikings were symbols of strength who survived the weather and the sea. It was also known that, in days gone by, a dead Norse Jarl would journey to Valhalla on board a burning longship.

Before Up Helly Aa, a much more dangerous activity took place in Lerwick. This was tar barrelling, and it involved a mob filling a huge fish tub (a krate) with tar, oil and old ropes, setting it alight, and dragging the flaming sled around the town.

Eventually, two krates were used, one for the Docks Boys (men from the boat building area in the north) and one for the Southerners (men from the area around Commercial Street). These would often get jammed in the narrowest parts of Lerwick.

This was in the 18th century when Lerwick was a bit more lawless. Like many seaports, it started life as a good-time town for fishermen, sailors, and smugglers. However, as Lerwick developed, churches were built, suburbs appeared and the town became a more respectable place. Rowdy behaviour such as tar barrelling was frowned upon. 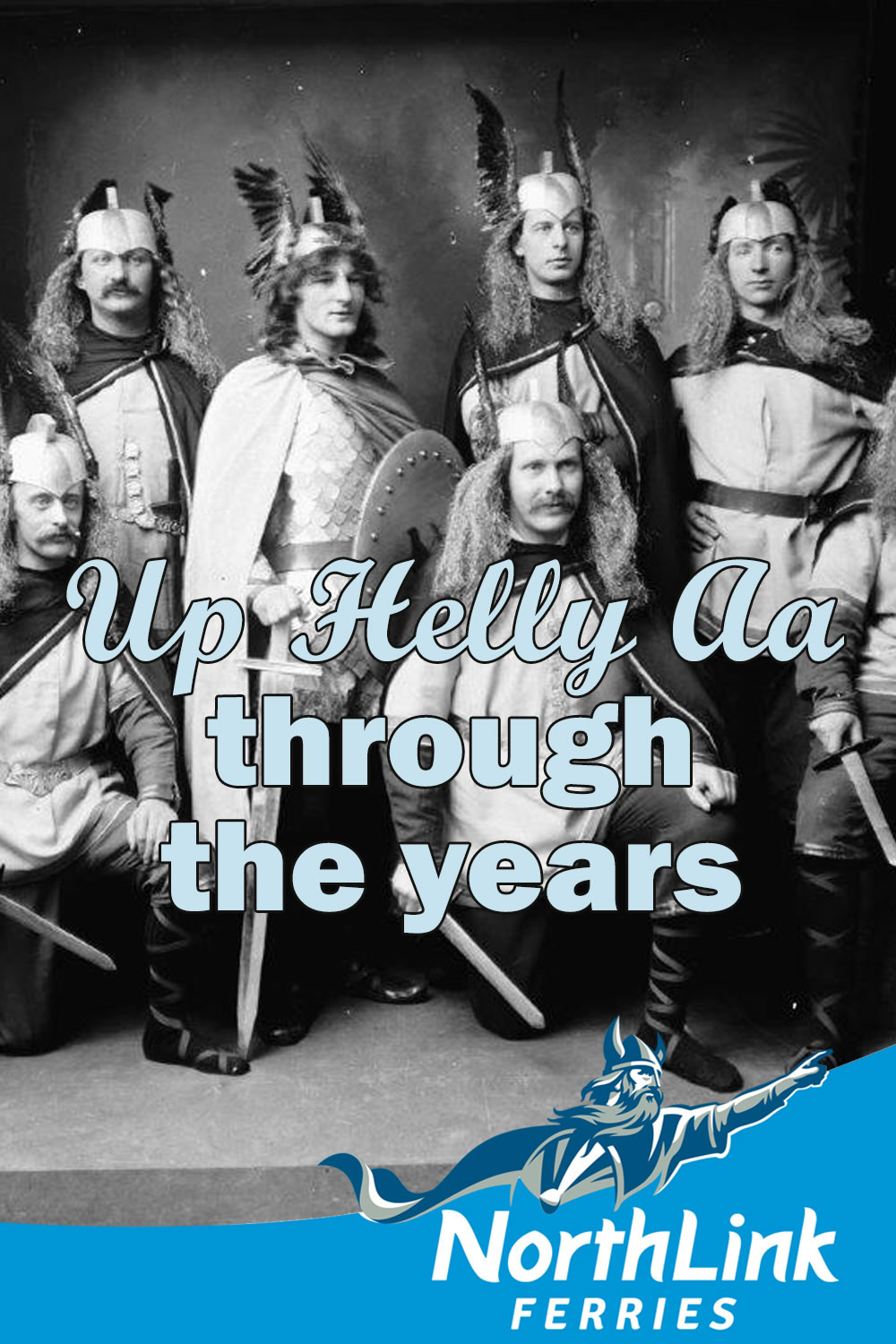