Where in Shetland do you find…

Shetland ponies can be seen all over the islands; and as you tour Shetland you will see them on moorland, in fields, grazing by the side of the road and even sometimes eating seaweed on beaches. Shetland Ponies are extremely hardy, so you’ll see them outside all year round!

The Shetland Islands are littered with amazing rocks and dramatic landscapes shaped by geological events. Drifting continents, vanishing oceans, ice ages and volcanoes have left a fascinating story for visitors to discover!

They are friendly animals and are not usually flighty, so it’s relatively easy to take a selfie with a sheltie! Shetland Ponies have been in the islands for at least 2,500 years; pony bones of that age were found at Jarshof.

These colourful summer visitors are very popular with visitors; and they can be found around the grassy parts of Shetland’s many seabird cliffs. We’d always recommend Sumburgh Head for those looking to easily find puffins in Shetland; but make sure you time it right – puffins only come ashore to breed during the summer (May to July). They also go out to the fishing grounds during the day, so the early morning or the evening (just before sunset) is the time to see plenty of puffins!

During the winter months is the best time of year to see Vikings; when Up Helly Aa and other Viking-themed Shetland Fire Festivals take place. However you may see squads of Vikings at social engagements throughout the year in Shetland! Up Helly Aa galley sheds can be found throughout Shetland and are usually open to the public through the summer; displaying impressive galleys, armour, weapons and artwork.

The Norse influence is everywhere in Shetland though – in the place names and in people’s names; and there are some amazing Viking longhouses to see at Jarlshof and on the island of Unst!

Shetland has the densest population of otters in Europe; largely due to the rich bounty of seafood which can be found around Shetland’s shores. Most visitors wouldn’t be able to tell though, as otters are very shy creatures that hide at the first sight of a human!

The trick to spotting an otter is to know their behaviour; they are coastal animals that feed at sea, but their coats can become waterlogged with sea water. To prevent the otter from becoming chilled they need to wash in fresh water. Otters can most often be spotted along sheltered rocky shores or near streams or lochs which are within a mile of the sea in the early morning or at dusk. They have a good sense of smell so keep downwind, blend into the environment by keeping a low profile and not wearing bright clothes, stay quiet and be patient!

Otters are particularly abundant in Yell and can be viewed from a waiting car (a good hide) at the ferry terminal.

There’s no guarentee of seeing killer whales or Orcas in Shetland and there’s no best place to see them either. Some years are better than others for killer whale sightings also. However, the rich seas around Shetland are amongst the best places in the UK to see Orcas, and places like Sumburgh Roost, where two currents crash together, certainly attract them.

When Orcas are spotted in Shetland, word gets around quickly, so we would recommend signing up to the Shetland Orca Sightings Facebook page during your visit, and be ready to go to where they are spotted, fast!

The island of Fetlar in Shetland boasts over half of the UK’s breeding population of beautiful Red Necked Phalarope. This wader is predominantly an Arctic breeder, but a small number seem to be attracted to the Loch of Funzie on the island. They can also be seen from the RSPB hide at the Mires of Funzie.

Red Necked Phalarope have striking plumage, but unlike most other birds, it is the female who is the most colourful, and once she has laid her eggs, she will leave the male to incubate the eggs and rear the chicks. She may even find a second mate and also leave him to rear her offspring! Red Necked Phalarope are known locally as “peerie deuck” (small duck)

Traditional music from Shetland tends to be fiddle-led with an accompanying piano, accordion or guitar. If you’re keen to hear traditional Shetland music there are several festivals through the year we’d recommend attending. The Shetland Folk Festival is in May, Fiddle Frenzy is in July and the Shetland Accordion and Fiddle Festival is in October. However if you miss these, there are often lively folk nights in pubs around the island; we would particularly recommend The Lounge Bar in Lerwick!

The Shetland Islands are littered with amazing rocks and dramatic landscapes shaped by geological events. Drifting continents, vanishing oceans, ice ages and volcanoes have left a fascinating story for visitors to discover!

Visit Eshaness (pictured above) to see the flank of an ancient volcano; the hard volcanic rocks here have been eroded by the power of the sea. Across the summit of Ronas Hill you’ll see granite rocks, which were formed by molten magma and pushed to the surface by a continental collision. Banded Lewisian Gneiss can be found in North Roe and sandstone in Walls and the South Mainland. Limestone has produced Shetland’s most fertile soils; which can be seen in Tingwall, Weisdale and Whiteness.

Make sure you visit the Shetland Museum and Archives to see their brilliant Geology displays!

Over 1 million seabirds breed in Shetland every summer thanks to the huge kelp forest that surrounds Shetland’s shores. This attracts a wide variety of marine life which in turn attracts seabirds. Gannets are particularly striking; these white birds dive into the sea to catch fish with long spear-like beaks.

You can see this for yourself by visiting the gannet colonies at Hermaness or Noss. Some operators offer boat tours from Lerwick out to the breeding cliffs at Noss National Nature Reseve, and there you will see over 7,000 gannets crowding the ledges of Noss’ massive cliffs.

Don’t worry; you are unlikely to meet a bear in Shetland, or a Polar bear, despite the islands being on the same line of latitude as Anchorage in Alaska! However, there are special bears in Shetland; colourful Burra Bears which are created using Fair Isle patterns by Wendy Inkster and her daughter Robyn. Wendy’s workshop is in Houss, East Burra.

Make sure you pick up a Shetland Craft Trail map so that you can visit all of Shetland’s talented makers! 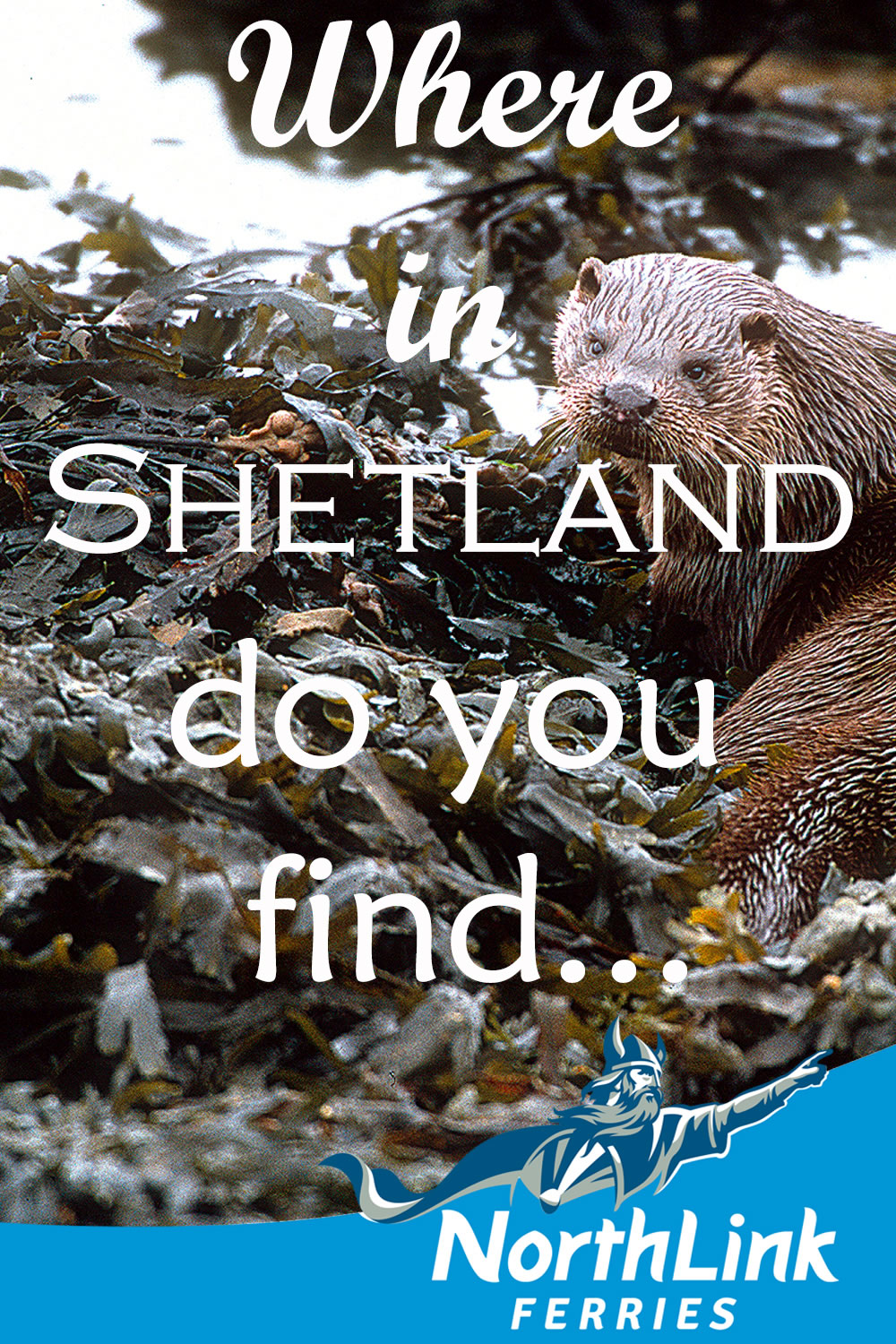