Fascinating facts about Skara Brae you may not know!

One of the most remarkable places to visit in Orkney is the Stone Age village of Skara Brae. 5000 years old, Skara Brae was perfectly preserved in a sand dune until it was found in 1850.

“Each house had a door which could be secured by a wooden or whalebone bar for privacy.”

Unlike the burial chambers and standing stones that make up the majority of the amazing archaeology in Orkney, Skara Brae is unique in that it offers us a glimpse into Neolithic everyday life. We’ve compiled some fascinating facts about Skara Brae you may not know!

1. Skara Brae was discovered by accident

In the winter of 1850 a great storm battered Orkney and the wind and high tides ripped the earth and grass from a large mound known as Skerrabra revealing underground structures. Archaeology was the hobby of William Watt, the Laird of Skaill, and he excavated four houses, gathering a rich collection of objects. Then the site was abandoned.

2. Archaeologists initially thought it was much younger

In 1925 another storm damaged the previously excavated structures, and between 1928 and 1931, Gordon Childe, the first professor of Archaeology at the University of Edinburgh, was brought in to preserve the site for the public. A protective seawall was built and Childe’s excavations uncovered more houses, which he believed to be Iron Age buildings – around 3,000 years old.

A later excavation by David Clarke in the 1970s gathered more information and, using the new technique of radiocarbon dating, revealed Skara Brae to be 5,000 years old.

3. The houses at Skara Brae were used for a long time and the community lived in very close proximity to each other.

Skara Brae was occupied for 600 years, between 3100 and 2500 BC. Each stone house had a similar layout – a single room with a dresser to house important objects located opposite the entrance, storage boxes on the floors and storage spaces in the walls, beds at the sides, and a central hearth. The fact that the houses were so similar indicates that the 50 to 100 people who occupied Skara Brae lived in a very close communal way as equals.

4. The builders had innovative ways to construct Skara Brae

The houses were linked by roofed passageways. Each house had a door which could be secured by a wooden or whalebone bar for privacy. The Skara Brae houses were built into a tough clay-like material full of domestic rubbish called midden. This helped to insulate them and keep out the damp. Although much of the midden material was discarded during the 1920’s excavation, that which remains (wood, fragments of rope, puffballs, barley seeds, shells and bones) offered clues about life at Skara Brae.

5. Those who dwelled in Skara Brae were farmers and fishermen

The bones found there indicate that the folk at Skara Brae were cattle and sheep farmers. They grew barley and wheat – seed grains and bone mattocks to break up the ground were also found. They hunted deer, caught fish and ate berries. One building in the settlement is not a house – it stands apart and there are no beds or a dresser. Chert fragments on the floor indicate that it was a workshop. The folk of Skara Brae made stone and bone tools, clay pottery, needles, buttons, pendants and mysterious stone objects.

6. The surrounding landscape was quite different 5,000 years ago

At that time, Skara Brae was much further from the sea and was surrounded by fertile land – coastal erosion has led the beach to Skara Brae’s doorstep. It is possible that the settlement had more houses which have now been lost to the sea. 5,000 years ago Orkney was a few degrees warmer, and deer and wild boar roamed the hills. Wild berries and herbs grew, and the folk of Skara Brae ate seabirds and their eggs. There would have been lochs nearby, providing fresh water. Seaweed was used as fuel.

7. Skara Brae was part of a wider community

8. The village at Skara Brae evolved and grew over the years

At Skara Brae there is evidence of rebuilding and adapting the houses for successive generations. New houses were built out of older buildings, and the oldest buildings, houses 9 and 10 show evidence of having had stone removed to be reused elsewhere in the settlement. In fact, the door of house 9 appears to have been sealed shut by a passageway.

9. Why the settlement was abandoned is one of the most tantalising mysteries of Skara Brae.

Although objects were left in Skara Brae which indicates a sudden departure for the folk who lived there (a popular theory was that they left to escape a sandstorm) it is now thought that a more gradual process of abandonment took place over 20 or 30 years. Discoveries at the Ness of Brodgar show that ceremonies were performed for leaving buildings and that sometimes significant objects were left behind. Perhaps the objects left were no longer in fashion.

10. Why were the buildings left undisturbed?

Perhaps disease or a move to more productive land drew the people away. It is possible that the folk of Skara Brae wanted to move to less communal homes and own their own individual farmsteads – this is how people lived later, in the Bronze Age. There is evidence in Skara Brae that the younger generation moved away and left the older generation behind. Once Skara Brae was finally deserted it was quickly covered by sand within a couple of decades – indicated by the fact that the stone was not plundered for other buildings. 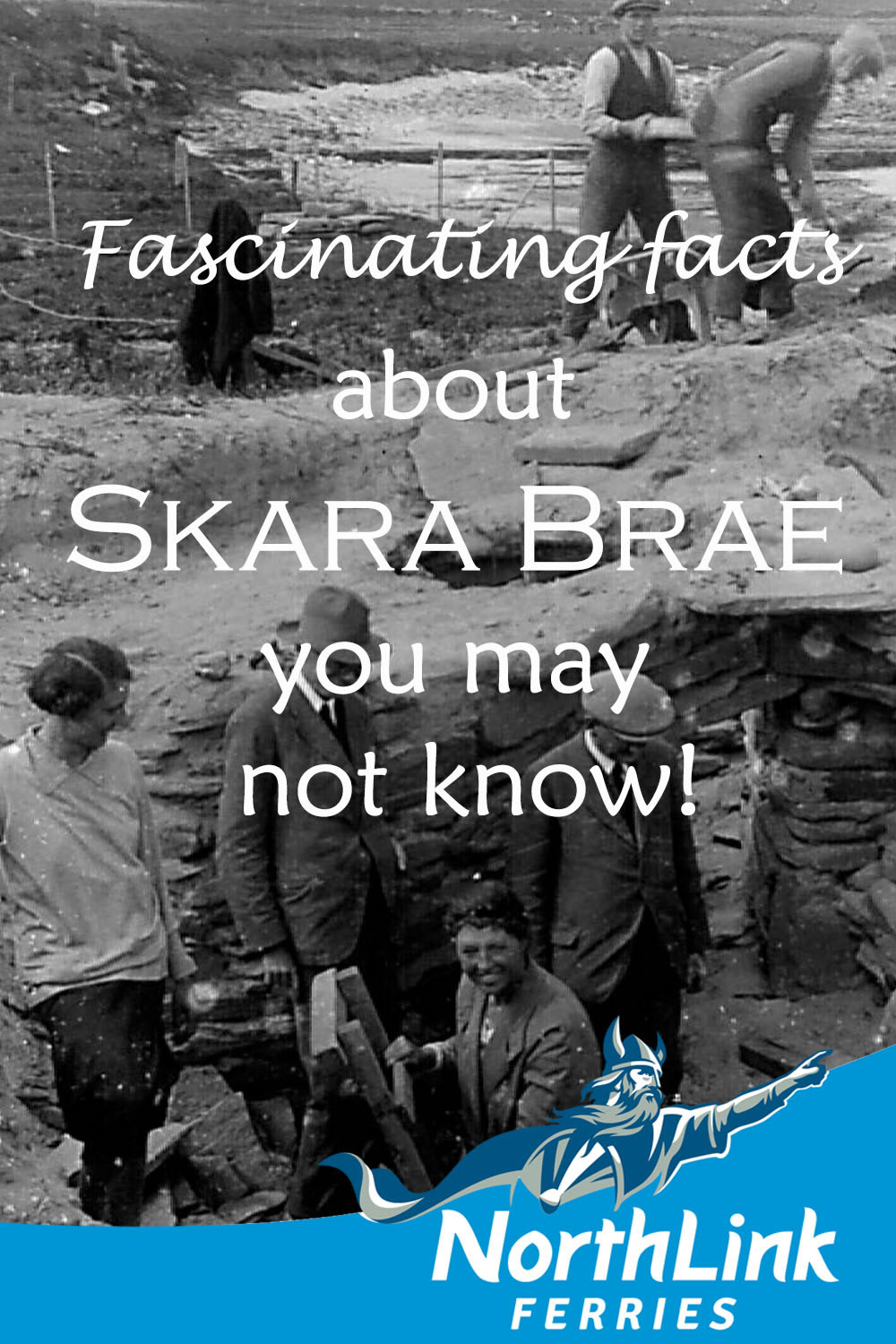