During the late 8th and 9th centuries there was a period of Viking expansion, where the increasing population of Scandinavia led to a shortage of land there. This led to a move to settle elsewhere, but that move was not entirely peaceful. The Irish Annals from 794AD mentioned that Iona and Skye were devastated by Viking raids. Vikings settled in Shetland and Orkney and other northern parts of Britain and used these as bases from which to attack.

Haroldswick on Unst is a sheltered bay named after King Harald Fairhair. He had to bring the Shetland Vikings under control in 875AD. They had not only been raiding Britain and Ireland but had also unwisely begun raiding Norway!

Between 875AD and 1469, Shetland and Orkney became part of Scandinavia and the language of the islands changed to Old Norse. The islands were ruled by Viking earls and the names of places became Norse and very descriptive – see our article about Shetland place names!

Though now part of Scotland, the influence of the Vikings is still keenly felt in Shetland. Just visit in January for Up Helly Aa, a Viking fire festival, to see how islanders embrace this heritage. There are also several places we would recommend visiting during a trip to Shetland to see the influence of the Norse settlers.

Unst is large and is one of the furthest east and the most northerly of the Shetland islands. It is thought to have been the first footfall for Vikings in the North Atlantic. At Underhoull there are the remains of Viking longhouses, and the sandy bays below Underhoull in the south of the island are known as places where longships were pulled ashore and berthed.

The longhouses at Underhoull were excavated in 1960 and again in 2008. There are more rural longhouses – 30 in total – in Unst that anywhere else in the world, including Scandinavia.

It is easy to see why Unst was popular with the Vikings. The island had good harbours, the land was fertile, and there was plenty of soapstone available. Vikings didn’t make pottery – instead they carved soapstone into lamps, pots and dishes – all of which were found at Underhoull.

The longhouses were 23m long by 5m wide. Viking buildings were much better built and bigger than earlier Pictish dwellings. They had low walls and the long-wall of the house at Underhoull faced the sea (interestingly, only it was made of drystone – the upslope wall was turf built). The main room of the longhouse had a sprung floor to keep it dry and a central fire. One of the rooms of Underhoull was a byre used to house livestock.

Nearby Underhoull Broch is an impressive Iron Age building which is 17m in diameter. Stones from this older building were plundered to build the longhouses.

Most Viking settlements were multi-period, and materials are used from older buildings to create new ones – this can be seen with the Norse longhouses at Jarlshof. However, the farmhouses of Underhoull were occupied for just a single period and then abandoned – perhaps, at a time when fishing became more important than farming.

Underhoull is a great place to visit, and you can park your car in the extended layby opposite the site. It is easy to imagine a simple life as a Norse settler, cultivating the surrounding land, with a magnificent view of the sea nearby.

Catpund Soapstone mine is located just south of Cunningsburgh and visitors can park on a layby on the right-hand side of the A970. From here you can spot Catpund burn, which runs down the hill to the layby. If you follow Catpund burn up the slope, you will find extensive quarries.

Soapstone or stearite is a soft rock, known as kleber in Shetland, which is found at Catpund. Soapstone can be worked with stone or metal tools to make bowls, utensils, pots, plates, and weights for fishing or looms. When soapstone is put in the fire it becomes hard and heat resistant, and it was used in large quantities by Vikings instead of making pottery.

Chisel marks and hollows where bowls had been fashioned and extracted can be seen in the hillside, though many of the scars from quarrying are now hidden under the turf. You can even spot traces of quarrying in the bed of Catpund burn, under the reddish-brown peat water.

The quarry covers a 1km long area, from the shore below the road to the source of Catpund burn on the hill. At Jarlshof, 24km away, stearite bowls were found that match the blank areas cut out of the rock at Catpund. Examples of soapstone artefacts can be seen in the Shetland Museum and Archives in Lerwick.

Law and order was important during the Viking period and assemblies would be called to discuss important items of the day – these were called ‘Things’ or ‘Tings’. These meetings took place at Thing assembly sites, on stone seats, sometimes using the rubble of an older site, such as a broch.

Law Ting Holm, a promontory on Tingwall Loch was once such meeting place, and you can see the stones still on the holm (small island), which is joined to the shore by a stone causeway. Other place names in Shetland hint at assembly sites which have since been lost: Aithsting, Delting, Lunnasting, Nesting and Sandsting.

Back on the island of Unst, Haroldswick, a sheltered bay on the east side of the island is worth a visit to see Viking places. The story goes that the area is named after King Harald Fairhair who had to bring the Shetland Vikings under control in 875AD. These wild creatures had not only been raiding Britain and Ireland but had also unwisely begun raiding Norway!

At Haroldswick there is a beautiful replica Viking longship, named the Skidbladner, which is a 26m long and 1:3 replica of the famous 9th century Gokstad longship (which was found in a Viking burial mound in Norway in 1880). It has massive oars and a beautifully carved figurehead. A set of wooden stairs allows visitors to climb on board the longship easily.

The Skidbladner was bought by the Shetland Amenity Trust after a brave group of Swedish and Norwegian sailors failed in their attempt to emulate their ancestor Leif Erikson’s trip from Scandinavia to America. At one time in history, longships at Haroldswick would have been a common sight.

Next to the Skidbladner is a replica Viking longhouse, and it is a very impressive building, beautifully constructed using the techniques the Vikings used. The longhouse design was based on excavation results at Hamar and elsewhere. Occasionally there are also demonstrations of Viking crafts, food, storytelling, and games here. These serve to give a vivid impression as to what life was like during Shetland’s period of Norse rule! 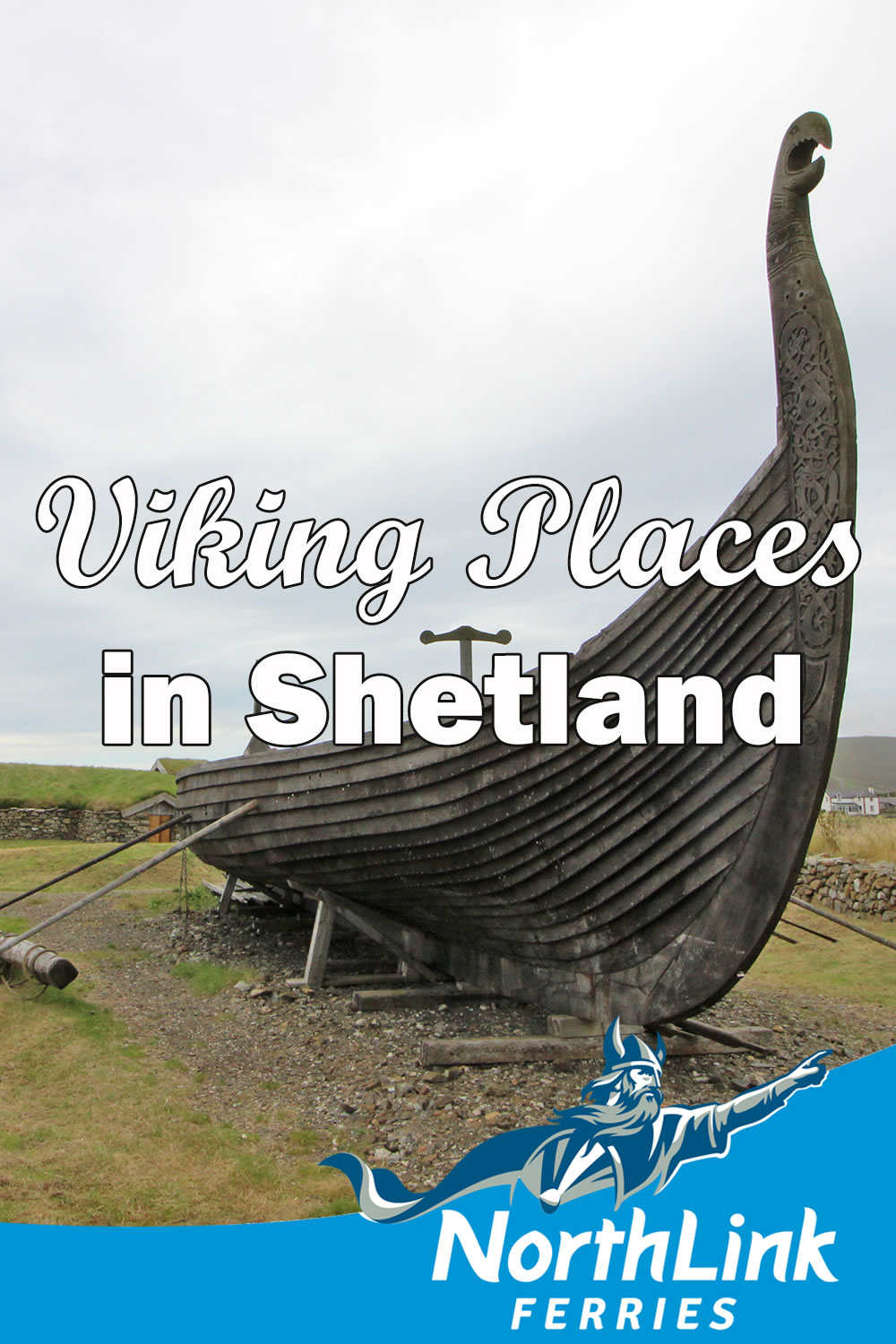