Fittie is an old fishing village and visiting this area is like stepping back in time. It was designed by John Smith, the architect responsible for Balmoral Castle.

We’ve compiled a list of twelve essential places to visit in Aberdeenshire so that you can find out more about the history and heritage of the area for yourself!

Aberdeen Maritime Museum does a brilliant job of telling the story of Aberdeen’s relationship with the North Sea. The museum’s collections cover the fishing industry, ports and marine environment of the North East. The North Sea oil industry displays are particularly fascinating – you can step inside the living quarters of an oil rig!

Fascinating thought: See if you can find the North Boats menu which shows the range of food available on the ferry from Aberdeen to Orkney and Shetland in the past!

The Gordon Highlanders had a reputation of being one of the most effective and dependable regiments in the British Army. This 5-star museum covers their 200-year history from the Napoleonic Wars, India, Afghanistan and South Africa, through to both World Wars and the Cold War. The museum is in the former home of Scottish artist Sir George Reid, and has displays of weapons, firearms and medals. There’s a lovely garden to explore and the chance for children to try on some soldiers uniforms!

Fascinating thought: in 200 years of Regimental history, 19 Gordon Highlanders were awarded with the Victoria Cross the highest decoration for gallantry. 11 of these are on display here!

Craigievar Castle, with its pink colouring and impressive great tower, is nestled in the Alford area of Aberdeenshire. It’s notable because it looks like a fairytale castle! Craigievar was started in 1576 and completed in 1626, and has an impressive collection of art, armour and weapons. Amongst the art are Raeburns and Jamesones, and visiting the castle gives you a taste of living in the past – it has no artificial lighting beyond the ground floor! The gardens and woodland trails at Craigievar Castle are also well worth exploring.

The Tolbooth Museum is one of the best preserved 17th century jails in Scotland. Amongst its many residents were prisoners from the Battle of Culloden. The atmospheric 17th and 18th century cells are finished with their original doors and barred windows. The museum offers a fascinating insight into Aberdeen and its history of crime and punishment.

Pittodrie Stadium has been the home of Aberdeen Football Club since it was formed in 1903. One of the largest stadiums in Scotland, Pittodrie has a seating capacity of 20,961, and is not only home to football matches but to concerts, conferences and dining events also. Guided stadium tours are available which include visits to the dressing rooms, trophy room and more – be sure to book in advance!

Fascinating thought: A trip to Pittodrie wouldn’t be complete without a famous Pittodrie pie! Be sure to treat yourself to this delight when you visit.

Torry Battery overlooks the entrance to Aberdeen harbour and boasts beautiful views of the sea and city. There were defences there beforehand; a blockhouse was built in the 1490s in case of an attack by English forces from the sea. However Torry Battery was built in 1860 to defend the harbour from an invasion by Napoleon III, and it was manned again in WW1 and WW2. During the inter-war years and from 1945 to 1953 Torry Battery served as emergency housing during a housing shortage. Nowadays the battery is an excellent location for spotting dolphins, porpoises, migratory birds and sometimes Minke whales.

Fascinating thought: Torry Battery holds a special place in the hearts of many Aberdonians. They remember the great sense of community spirit when large numbers of families were housed there.

For a brilliant day out and an insight into the history of transport in the north east of Scotland, head to the Grampian Transport Museum at Alford, just 45 minutes from Aberdeen. Covering transport from chariots of the 1800’s to some of the fastest cars ever made, the museum is constantly expanding – there’s something new to see each year.

Fascinating thought: Grampian Transport Museum has a custom-built road circuit – keep your eye out for events at the museum which allow you to try driving emergency vehicles, big rigs or fast sports cars!

Balmoral Castle is the Scottish holiday home of the Royal Family. After being quite taken with the Highland scenery at Balmoral, the castle was purchased by Prince Albert, consort to Queen Victoria, in 1852. The original house was deemed too small, so a new castle was built. This was completed in 1856. The Castle and grounds are open to visit, though the ballroom is the only room that may be viewed by the public. This 50,000 acre Highland Estate has lovely gardens to explore (the vegetable garden is harvested during the Royal Family’s summer holiday, between August and October) as well as grouse moors, forests, farmland, herds of deer, Highland cattle, and ponies.

Fascinating thought: Balmoral Castle closes in late July / early August. The Royal Family enjoy their annual holidays here after that date, though they has been known to arrive when tourists are still visiting!

Old Aberdeen is a hidden treasure within the city centre which was, until 1891, a completely independent town from Aberdeen. The area has an amazing mixture of architecture, with many historical buildings and a street plan from medieval times. It’s also the main campus of the University of Aberdeen.

Footdee is known locally as ‘Fittie’ and it’s a unique area within Aberdeen City. It is an old fishing village, dating back to the mid-19th century, and visiting this area is like stepping back in time. The picturesque cottages here have lovely gardens and face inwards with their backs to the sea to protect them from storms. It’s easy to imagine a fishing community working at their nets here in the past. Fittie is located at the east end of the harbour and can be accessed via the Beach Esplanade.

Perched upon a towering cliff top at the edge of the North Sea, Dunnottar Castle, close to the town of Stonehaven offers an unforgettable glimpse into Scotland’s colourful past. The dramatic and evocative ruined fortress was once home to the most powerful families in the area. Most famously Dunnottar Castle was the site of a small garrison which held out against the might of Cromwell’s army for many months, saving the Scottish Crown Jewels from destruction.

Fascinating thought: It is believed the some of the country’s most famous figures including William Wallace and Mary Queen of Scots have visited Dunnottar Castle.

Crathie Kirk is a small Church of Scotland parish church in the village of Crathie, and is the regular place of worship for the Royal Family when visiting nearby Balmoral Castle. There has been a church here since the 9th century, but the current Church is much newer. Queen Victoria laid the foundation stone here in 1893. The church is steeped in Royal history; stained glass windows, bells and a communion table were all donated by Royal Family members. On 12 December 1992, Her Royal Highness Anne, The Princess Royal married Timothy Laurence, a commander in the Royal Navy, at Crathie Kirk.

Fascinating thought: Queen Victoria’s highland servant John Brown, who was played by Billy Connelly in the 1997 film ‘Mrs Brown’, is buried in the graveyard at Crathie Church. 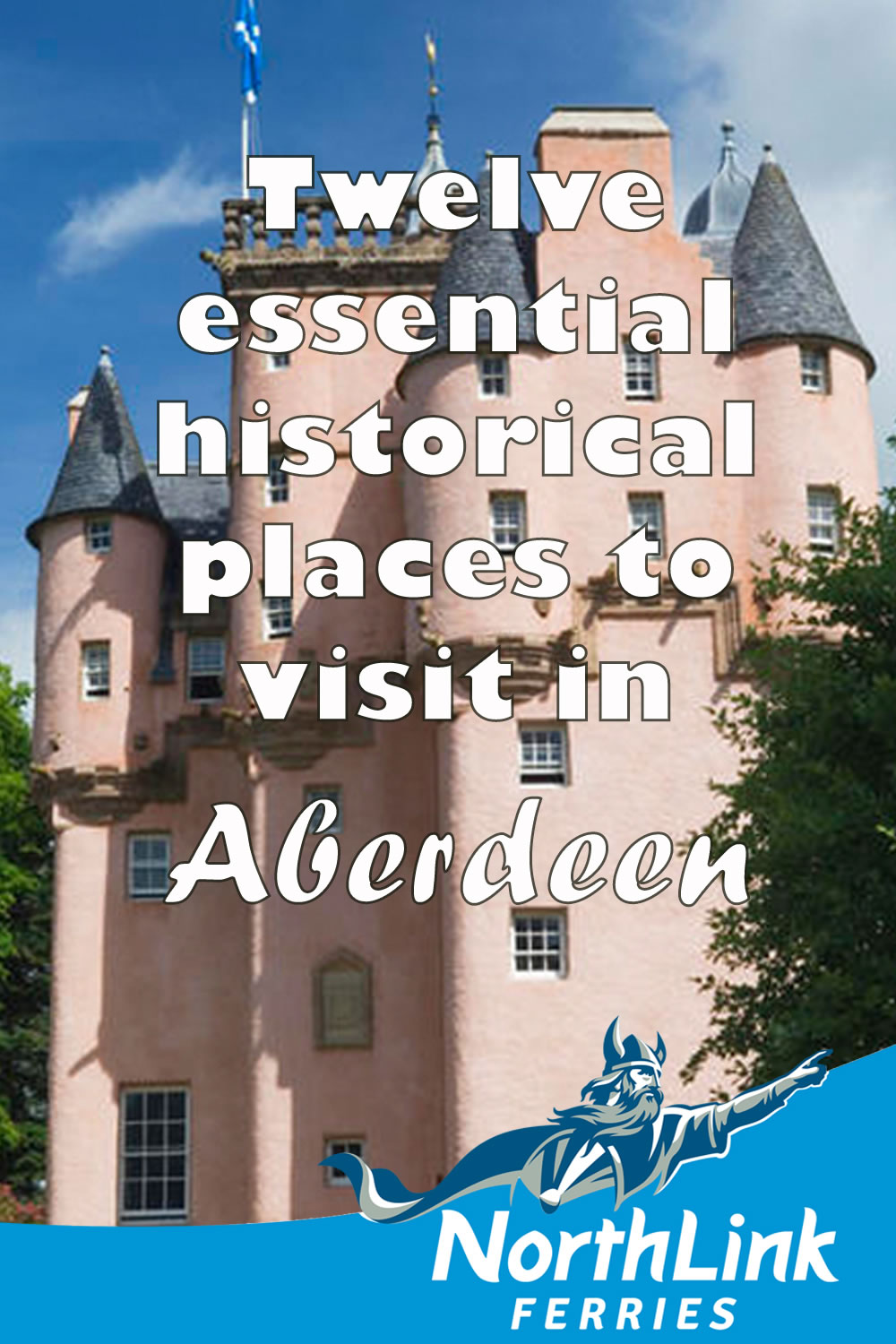