When people come to visit Shetland they usually visit St Ninian’s Isle, Jarlshof and Scalloway Castle. We have ten hidden gems of Shetland for you to visit – places that don’t make the front cover of the tourist brochure!

It was previously thought that Brochs were built around the time of the birth of Christ, but the Broch at Old Scatness was built three centuries earlier.

Old Scatness is a remarkably well-preserved ancient settlement one mile from Sumburgh. At its heart is an Iron Age broch which has radically altered what archaeologists know about the Iron Age. It was previously thought that Brochs were built around the time of the birth of Christ, but the Broch at Old Scatness was built three centuries earlier.

The Ness of Burgi is an Iron Age blockhouse in a spectacular location. It currently stands at 2m high, but originally it was twice as high and roofed. It is at the southern tip of the south Shetland Mainland and the track leading to it is for the most adventurous explorer! Parts of the path are very narrow and so a handrail has been provided to enable a safe crossing.

A Bus Shelter which sits on the corner of the main road through Unst, and the Little Hamar Road. In 1996 it replaced an older Bus Shelter following an appeal by a school pupil named Bobby. Since its construction it has been decorated with comfortable seats, a TV, a two bar heater, hamsters and more!

Uyea is an uninhabited island in Northmavine. The walk there will take some time, but the beautiful landscape here has to be seen! This picture shows the island on the left, which is joined to the mainland (right) by a sand spit, like St Ninian’s Isle.

The view of Whiteness Voe is one of the best in Shetland, and the Böd of Nesbister sits right in the centre of it! This basic camping böd (the public can stay in it for a small fee) was originally a fishing warehouse where salt was stored. It has a stunning view as far as Trondra to the south and is surrounded on three sides by the Voe of Nesbister.

Banna Minn is a small bay on the island of West Burra. There is a thin sliver of a beach called Minn beach which joins West Burra to Kettla Ness. The landscape surrounding it is beautiful and Banna Minn is a great place to take photographs. The beach is usually quiet.

At the farthest north point of the mainland, Fethaland is a bit of a hike to reach. However the walk is well worth undertaking. Here you will find two rocky beaches and the remains of what was once Shetland’s largest and busiest Haaf fishing station. You can find more info about Haaf fishing and Fethaland here.

To protect the south entrance to Lerwick Harbour in 1918, a Mk VII six-inch calibre breech-loading naval gun was installed at the Bard Head on the Bard of Bressay. You can also find a hoisting gallow for supplies, and an underground magazine for storing ammunition here. There’s a similar gun on the northern end of the island also. Both are well worth a visit!

Muness Castle is the most northerly castle in the UK. It was built for Laurence Bruce by Andrew Crawford, who built Scalloway Castle. Located on the island of Unst, it is a stunning building though it was attacked and burned by a band of privateers in 1627. It is free to visit and torches are provided to help with exploring the dark passageways and rooms. 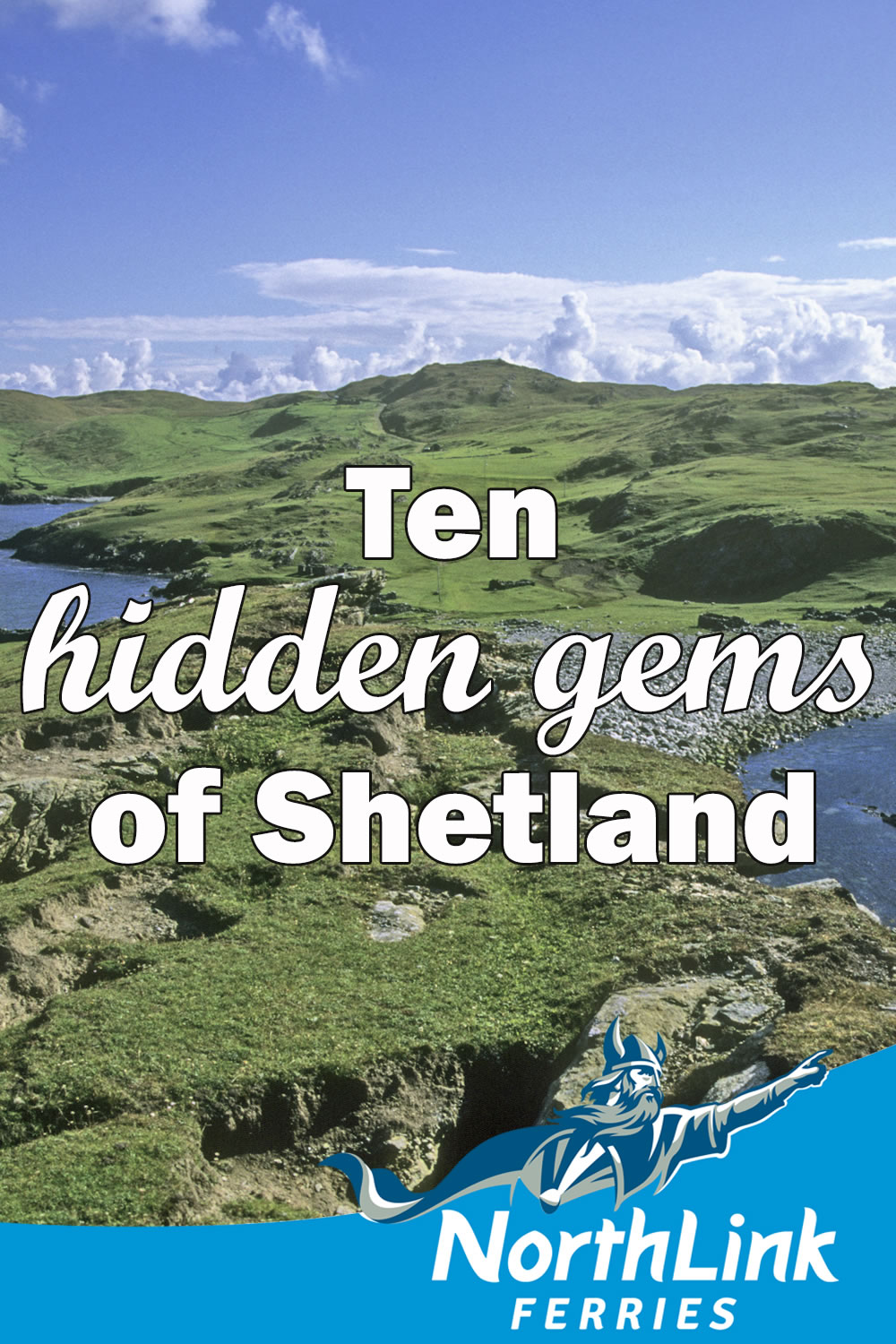